Olney: Designated Hitter is a "Safe Bet" in the National League for 2021 Skip to content 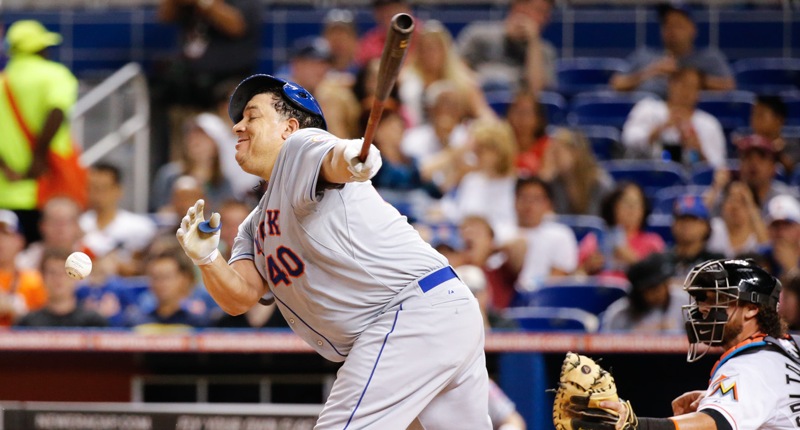 A little update tonight on the ongoing question of rules for the 2021 season.

We already know that, as of this moment, the 2021 season is to be dictated by the current Collective Bargaining Agreement. That means, to the extent there are atypical rules like there were in 2020, those will have to be separately negotiated by the players and the owners. Seeing as how we already know the financial state of the game is such that the owners will want to negotiate the 2021 season anyway, it has long been expected that these rules would be negotiated. Hopefully sooner rather than later, since teams need to know under what circumstances they are constructing their rosters.

To that end, Jeff Passan has already suggested that the owners want expanded playoffs again (probably less than 16 teams this time, though) in exchange for the Designated Hitter returning to the NL in 2021. That seems like far too much to give up on the players’ side for something the league might want anyway, though.

And, indeed, Buster Olney now suggests everyone is already thinking the DH is coming back to the NL in 2021.

In the context of considering free agent Nelson Cruz’s market – he’s a 40-year-old who can still rake, but is a DH-only – Olney writes this (emphasis mine):

Over the past two seasons, Cruz has 57 homers in 173 games, with an OPS of 1.020, and he is widely regarded as one of the true leaders in the sport, so he has a lot of good stuff that makes him attractive to any bidder.

But he is 40 years old, and for all practical purposes, he is limited to the DH position. Regardless of whether the universal DH is again negotiated for use in 2021 – the safe bet is that it will, unless the MLB and players’ union animus erupts to the point of complete dysfunction – Cruz might get a lot of teams’ interest, but probably not big, big dollars.

Not to ignore the “unless” part he threw in there – obviously we’ve seen serious fighting before – but when Olney says the DH is a “safe bet,” I take him at that word. It’s the sentiment around the game, and while it’s not locked in, I expect we’ll probably get word on it before there’s too much movement in free agency for guys like Cruz.

As for the Cubs, we saw last year what the use-two-catchers plan looked like when it came to the DH, and the returns weren’t great. That’s mostly because Victor Caratini had an underwhelming year at the plate, though he’d started to elevate a bit more by the time the season wound down. Might’ve just been a weird, short-season artifact.

That said, it sure would be nice for the Cubs to explore the exploding market of fringy non-tenders that are certainly looming, and trying to find one of those bats that doesn’t have a defensive home. It’s something the Cubs have not been able to do until this offseason, and with the right scouting and adjustments upon arrival, you can really “win” a signing like that. Clearly, the Cubs haven’t shown off that organizational skill set much on the positional side, but, you know, they kinda need to be able to pull it off at this moment in time. So go with God, knowing that the DH is probably here to stay. Try to really win a scouting competition.