The Cubs May Want to "Thread the Needle," But Running It Back or Tearing It Down Each Seem More Plausible | Bleacher Nation Skip to content 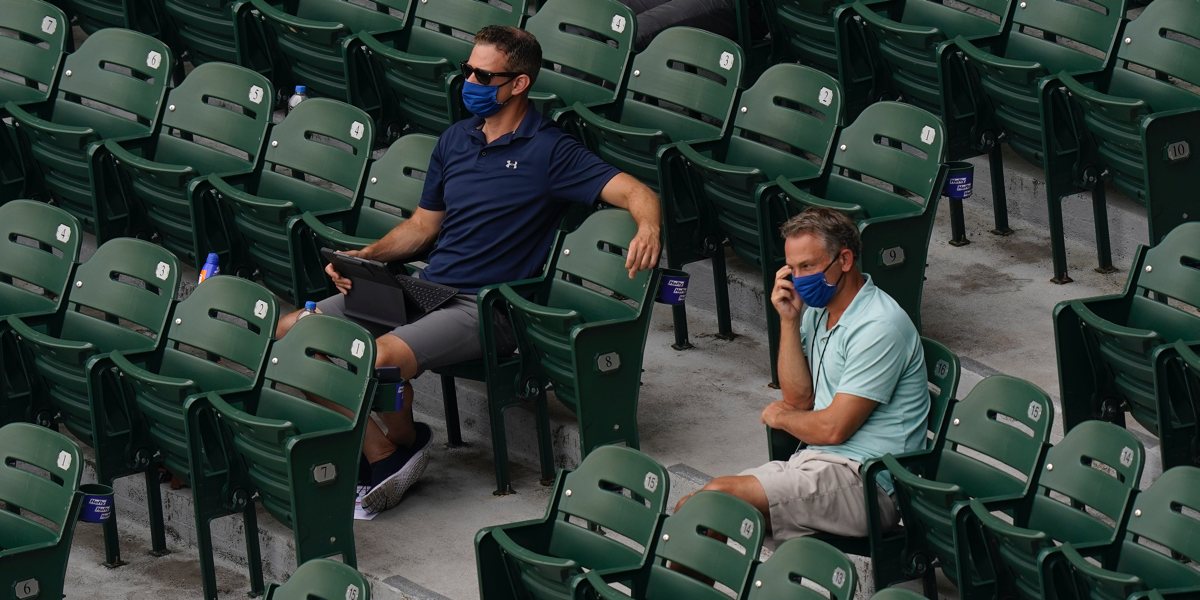 We’ve heard Theo Epstein mention this idea of “threading the needle” a couple offseasons now. The gist is something like this: you want to simultaneously trade away players to add long-term, young talent to the organization, while also making enough savvy short-term moves to keep the team competitive. And you have to do that all against a backdrop of not having significant new payroll dollars available to commit.

Last year, there were versions of this approach that could have worked, and we spent the offseason ruminating on them. It didn’t happen – partly owing to the timing of the Kris Bryant grievance decision, but only partly – and we don’t necessarily need to re-litigate the Cubs’ approach. Suffice to say, no needle was threaded, only another year of running it back. That led to an NL Central banner, which is certainly nice, but it also led to (1) a deeply flawed and disappointing offense, and (2) no meaningful improvement for the long-term.

This offseason, I gotta tell you, the prospects of being able to thread the needle seem much, much more grim. To do it, you’d have to trade away some guys who have far, far less value now than they did last year, you’d have to somehow net monster prospect returns in those trades (without the ability to pull off big scouting wins, since, you know, no one could do any scouting), and you’d also have to pull off stellar additions this offseason. And you’d have to do all that while, who knows, cutting payroll some 20 to 40%.

I get why it was Epstein’s dream outcome again this offseason – it’s the best of all worlds! – but we also need to be realistic about the chances the Cubs can pull it off in this environment, after failing to do this stuff going a couple years back now in a much more favorable environment.

It is with this in mind that I read the latest from Ken Rosenthal on the Cubs, and I felt all the more convicted that the Cubs’ paths this offseason are much more likely to look far from threading any 2021 needles. Instead, I see two rather extreme approaches at opposite ends of the spectrum looking the most palatably realistic at this point.

Here’s a bit of what Rosenthal had to say about the Cubs, relative to the rest of the NL Central, in a long piece of rumors and news worth checking out:

For all the talk about the Cubs’ pending breakup, the team might emerge as the NL Central favorite by default if its payroll cuts are less dramatic than anticipated — a possibility if, say, a vaccine is widely distributed and fans are allowed back at Wrigley Field. A major deconstruction at ownership’s behest obviously would change the equation, but as things stand, which other team in the division is going to challenge the Cubs, who for all their frustrations have reached the postseason in five of the past six years? ….

The Cubs are overdue for an offensive shakeup that goes beyond changing hitting coaches, but good luck pulling it off. Báez, Kris Bryant and Kyle Schwarber, coming off dismal offensive seasons as they enter their walk years, are diminished trade assets. If ownership’s payroll limits force the front office to move Yu Darvish or Kyle Hendricks, then the team should get what it can for as many players as possible. But if the cuts are not oppressive, the Cubs can insert Alec Mills and Adbert Alzolay into their rotation, give David Bote and Nico Hoerner more opportunities in the infield and find low-cost options for their rotation and bullpen, then reassess in spring training or at the deadline.

I’ll first let you dream on the opening scenario: a world where a vaccine has been finalized, produced, and distributed so widely and effectively that by, say, June, the Cubs can have normal attendance for the final few months of the season. In that world, not only are we enjoying games together again (God please … ), but the Cubs’ revenues are in a fundamentally different place than they were last year. Dramatic cuts to payroll probably wouldn’t be necessary.

Even in a world where that all proves to happen, I do not expect us to KNOW IT with a high degree of confidence any time soon. Even today’s positive announcement from Pfizer comes with a number of caveats that, at a minimum, mean the timeline could be uncertain. So if the future of revenue is uncertain for many more months to come, then the Cubs – having lost, by their own word, $140 million in 2020 – are highly unlikely to proceed this offseason as though revenues will definitely rebound next year. 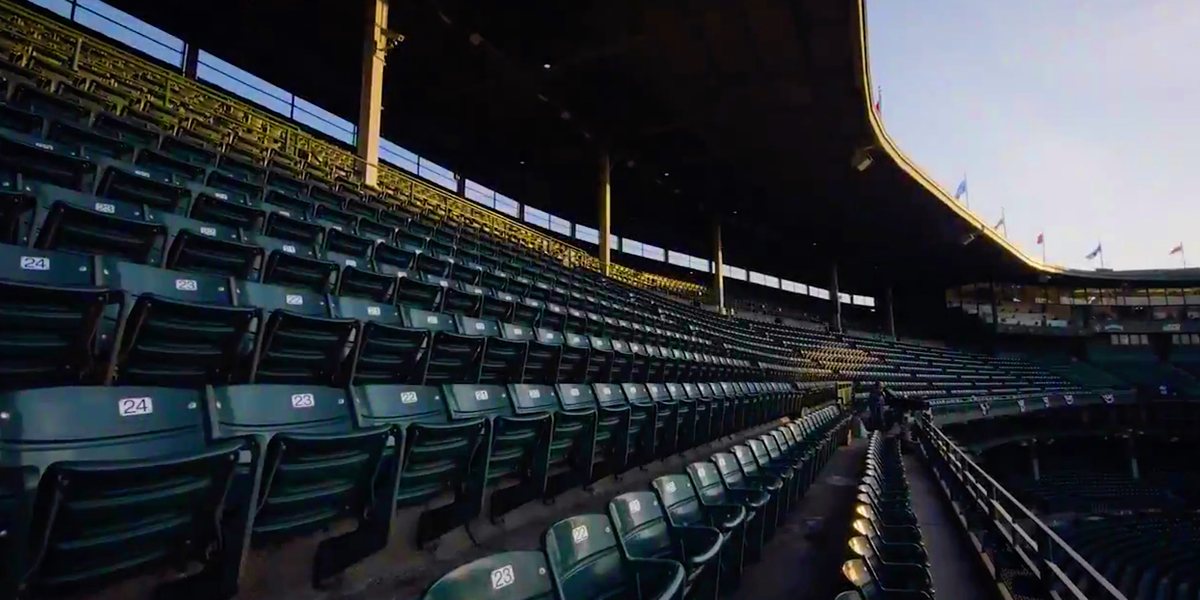 Sorry. Cuts to payroll are coming. I’ve accepted it. I’m not happy about it. I don’t have to cheer for it. But I do think I have to say it to you all when the topic comes up. No reason to hide the ball.

But, as we’ve noted, a lot of salary is coming off the Cubs’ books organically, and even if they simply did nothing beyond tendering every main player from here, and fill the rest of the open spots with low-cost scouting plays, that would have effectively been a pretty sizable cut to on-field payroll. And as Rosenthal indicates, going that route probably still leaves the Cubs as a favorite, if not the favorite, in the NL Central next year. If the Cubs simply run-it-back, they probably compete next year, at least up until the Trade Deadline, when they might have to make some decisions to pull harder in one direction or the other.

Let me say, though, just like last year, I really hate the idea of running it back. The flaws on the roster aren’t just going to go away without any changes to the personnel, so we’re going to see many of the same limiting issues next year. And if the pitching and defense aren’t fantastic once again, the team could very quickly become non-competitive. Worse, you’ve done absolutely nothing to ensure that at least 2022-23 could love very different/better.

In other words, while I openly and earnestly acknowledge that running it back might wind up being the most competitive version of the 2021 Cubs, I also (1) fear that they might struggle anyway, and (2) I really don’t want to see the Cubs just playing out the string and falling off a cliff after 2021 if there was another way. But maybe that “another way” can’t actually come to fruition, and thus, I just need to eat it, and enjoy this group of Cubs one last time and hope they can pull something off in 2021. That might happen. I understand it.

Now, let’s imagine a world where the Cubs can’t just run it back, at least not completely, and have to drop more personnel. Or, let’s imagine that they want to do so for other strategic reasons – for example, drop more in-house salary so you have more flexibility in what could be a really intriguing pool of free agents through which you could try to reshape your roster. Either way, we’re imaging a world where more “selling” or “dumping” is happening this offseason.

Whether by choice or by having their hand forced, if this version of an offseason is coming, then dang it, just sell. Sell, sell, sell.

If you chip off only one or two borderline-tender guys, all you’re accomplishing is shaving off salary for 2021. You’re not going to get an organization-shifting return in trade, and you’re certainly not improving on-field for 2021. So what’s the point of going that route, unless, again, the only purpose is to shave salary? At some level, that’s going to happen, yeah, but I’m not going to push for that approach as a fan. Instead, if salary absolutely, unequivocally has to be shaved regardless of the return or the impact on 2021, then at least structure an approach to the offseason that coordinates that salary dumping with SOMETHING that helps for the future.

Which is to say, trade guys who actually have value in addition to the shorter-term, lesser-value guys you’re dumping anyway. The Cubs have the players and the resources to not turn this thing into a five-year rebuild if they don’t want to, especially if they were sufficiently aggressive this offseason in selling, and then next offseason in buying/spending. The Cubs may not be able to flex an economic advantage over the rest of the division right now, but might be able to as soon as next offseason. So why not coordinate a sell-off that times to those events? You seemingly have to shave significant salary this offseason anyway? And if you think attendance is gonna get crushed in 2021 anyway? Steer into the skid.

Yes, that means trading a longer-controlled player whose value is currently quite high, rather than merely trading/non-tendering a player or two. Yes, that means putting 2021’s competitiveness at a much greater risk. But you do it right, paired perhaps with some additional selling at the 2021 Trade Deadline, and then some spending/trading on the buy side next offseason, and you can be right back there in 2022 with a compelling, young roster. Maybe that’s the better needle to try to thread right now.

Shy of that, I really don’t see a better option for the Cubs than just running it back again next year with the same group of guys. I don’t want to act like this group can’t compete.

(Oh, by the way, all of this is against the backdrop of the Cubs’ front office in total flux, not knowing what the structure will be after next year, and whether Theo Epstein is going to leave as soon as this offseason. Should probably get that all cemented ASAP, no?)