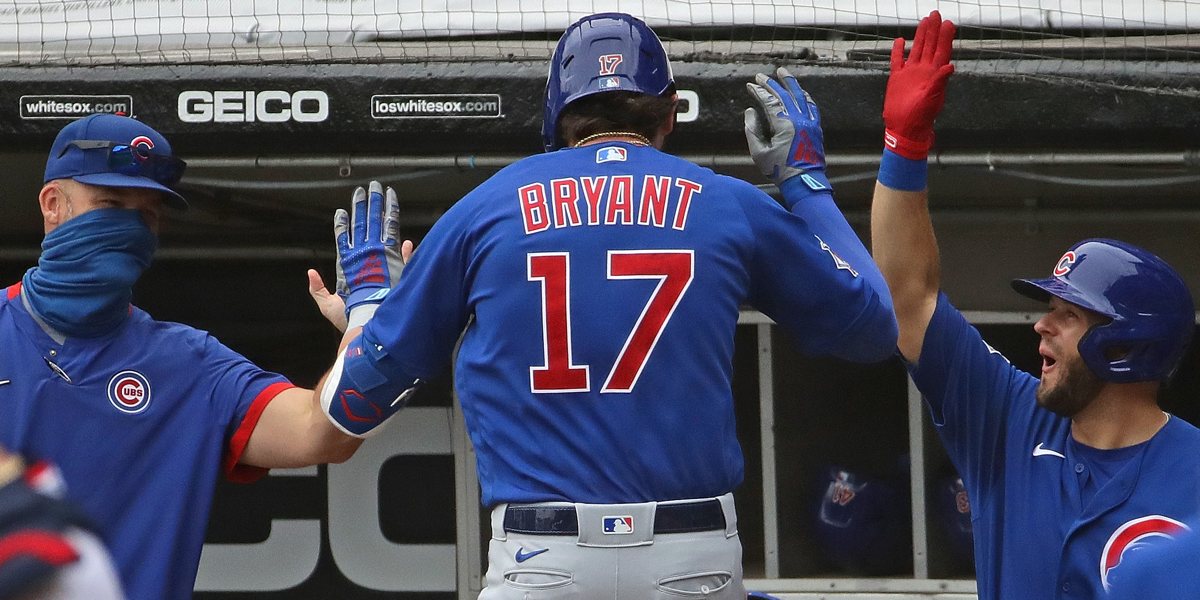 Let’s bring back all the classics. You had last year’s extensive rumors about the Cubs and Rockies talking Kris Bryant-Nolan Arenado swap, and that stuff has kinda come back. You had last year’s extensive rumors connecting the Cubs and Nationals about Bryant, and those have definitely come back. Now you’ve got the Dodgers-Bryant stuff, which was lighter than the other teams last year, but no less ever-present.

Five days ago, Jon Morosi introduced the idea that the Dodgers were looking into acquiring Nolan Arenado from their division rival, but included a seemingly stray line about the possibility that they could acquire a shorter-term piece like Kris Bryant instead.

Now, the folks out in LA are discussing the topic in relation to free agent third baseman Justin Turner, taking the tack that he’s not a lock to return because of his age, because he might get a multi-year deal, and … because the Dodgers might wind up going after a guy like Bryant, instead.

Chances are, interested teams won’t offer a deal with more than two guaranteed years. Then there’s the trade market’s potential effect on his free agency.

The Cubs are reportedly open to trading from their championship-winning core. Bryant struggled in 2020 — he batted .206 with four home runs and a .644 OPS in 34 games — but he’s a former rookie of the year and National League MVP. He’s entering the final year of team control, which should diminish his trade value.

Nothing too firm there, obviously, but it clearly remains on the radar in LA as a Turner alternative. And the Dodgers DID have no issue going after one year of Mookie Betts last year, so they’re not opposed to that kind of trade. No, the return on Bryant would not be close to as much (Alex Verdugo, plus a top prospect in Jeter Downs, and a very good prospect in Connor Wong). But the Dodgers obviously have the room to take on Bryant’s anticipated salary, and if they want to be the club to take a shot at his bounce-back, maybe Bryant could help give them a better shot at being the first repeat champion in a couple decades. Also, this is the Dodgers’ final year of control on Corey Seager, Clayton Kershaw, and Kenley Jansen. Maybe they’ll want to max out?

Just another team to keep in mind as we wind toward the non-tender deadline, at which point the Cubs would have to decide whether to give Bryant a contract for 2021 (and then try to deal him thereafter), or – even worse – whether to non-tender him just to save some money, and turn him loose into free agency.