A Schwarber Reunion is Possible, But Probably Not More than Possible, and Other Cubs Bullets Skip to content 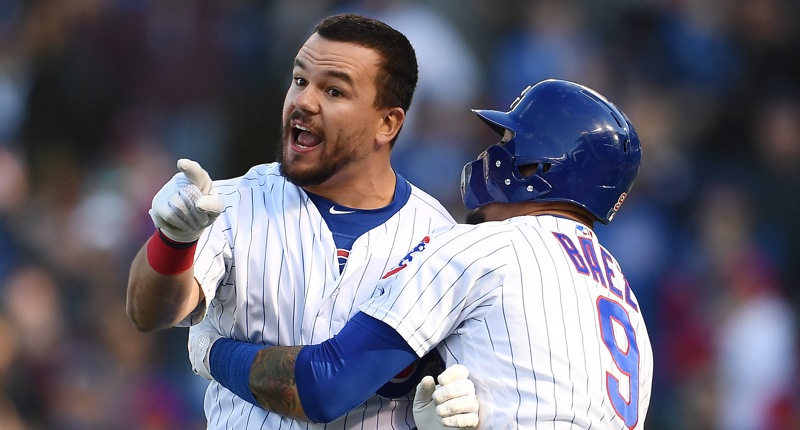 So, are the free agent rumors gonna suddenly kick up after yesterday’s non-tender deadline? Or will the narrative now become, “Ah, it wasn’t so much that deadline we were waiting for, it was more clarity on next season ….” Because teams still don’t know for sure when the season will start, how long it will be, whether fans will be in the stands, what all the rules will be, etc.

•   Kyle Schwarber spoke with NBC Sports Chicago about his surprising non-tender, and he kept it all class:

"I’m very appreciative of all the fans and the support of the city of Chicago, and they’re never going to leave my heart"- Kyle Schwarber Full interview by @GDubCub here presented by @wintrust: https://t.co/aLu1IjJE97 pic.twitter.com/1RRA5wRmJE

•   Wittenmyer, for his part, shared this after the non-tender, which I know will make some folks hopeful:

He made $7.01 million before pandemic pro-rata formula) https://t.co/v9QTTzEdlP

•   Yes, it’s absolutely possible the Cubs simply saw Schwarber’s likely 2021 value (in dollars) as too far below his projected arb salary to tender him. And, yes, it’s absolutely possible that, after Schwarber surveys the market, the sides come back together on a three-year deal or something that gets Schwarber his life-changing chunk, and also gets the Cubs a better, longer deal than they would have gotten with a tender.

•   … but it’s more likely, in my best estimation of the market, that Schwarber will find plenty of suitors out there. He might not get a one-year, $10 million like he could have plausibly received in arbitration, but it’s impossible for me to believe he couldn’t get close to that if he just wants a one-year deal. And since we know the Cubs won’t be giving him that deal, that might be the end of things. Throw in the fact that now AL teams that have long viewed him as a desirable DH can jump – even before we know whether there’s a DH in the NL – it’s possible his upside is targeted. It’s frustrating that it’s come to this.

•   It’s rare that everyone – national media, local media, fans, and the organization, itself – agrees on what the big, lingering questions are from an era. These are the two things, crystal clear for all:

The '16 Cubs brought lifetimes of joy to the fan base, and there will be many great reunions. But two questions will linger from this era:
1. Why did the organization struggle so much to develop pitching?
2. Why didn't the core group of young position players continue to improve?

•   The question now is whether, after infrastructure changes starting in mid-2018, things improve on those two fronts. It would’ve been too early to really see the fruits in 2019, and 2020 was such a broken up weird year that we couldn’t tell much then, either. So it’s *possible* things have improved and we just won’t really get to see it until 2021 (well, hopefully). That’s the thing about player development issues – for good or bad, you just can’t quite tell what’s working and what isn’t for years.

•   More on the Cubs outfield signing from yesterday (minor league deal), both from Bryan and Michael Hermosillo, himself:

•   This means he is only getting more powerful by the day:

•   Computers, guitars, books, and more are your Deals of the Day at Amazon. #ad

•   Wild to think about how important and iconic this name has become, and at the time it was a total shrug: