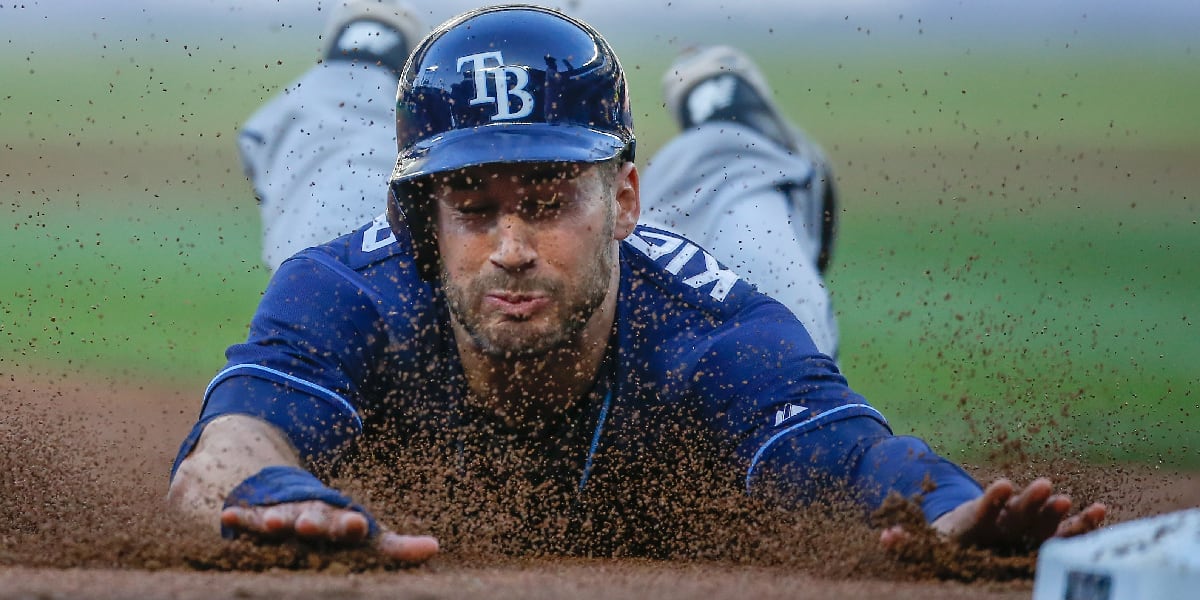 Just a general note on the state of designated hitter things as we light the stove back up on Wednesday morning.

Re: The universal DH:
1. NL teams have been told to work under the assumption they will have no DH next season.
2. Almost everyone you talk to at the team level assumes there WILL be a universal DH in 2021, after MLB-PA talks.
3. The lack of clarity is affecting early bidding.

White Sox on Hendriks and Brantley, Too?

The Chicago White Sox have already added Lance Lynn and Adam Eaton to their dynamic young core in an eminently winnable AL Central, but they’re not done just yet. According to Bob Nightengale, they’ve set their sights on replacing closer Alex Colome with Liam Hendriks:

They still need to find a closer if they don’t re-sign Alex Colome, and have their sight set on Liam Hendriks. He would be an ideal fit for the White Sox, yielding a 1.79 ERA the past two seasons, striking out 161 batters over 110.1 innings.

Hendriks, 31, has finished his last two season with the A’s with a sub-2.00 ERA and FIPs to match. His 40.2% strikeout rate was particularly impressive last season, and not entirely out of whack with his full-season figure from 2019 (37.3%). Hendriks does allow a lot of hard contact and more than his fair share of line drives and fly balls, but when you’ve got an upper 30s strikeout rate and a tiny 4-6% walk rate, you can be as sustainably successful as he has been.

Hendriks is MLB Trade Rumors’ 12th best free agent of the winter, projecting a three-year/$30M deal. Of course, if you’re the White Sox, wouldn’t you have preferred Brad Hand for just one year at the same AAV? Maybe they’re looking for something a little longer term, but … with a reliever? Just take the win.

Sounds like despite adding Lynn & Eaton, the #WhiteSox aren't through shopping, according to teams & agents they've talked to.

Not out yet on Michael Brantley. And could still add another starting pitcher.

I’d be pretty shocked if Jerry Reinsdorf and the Sox dolled out for Michael Brantley after adding Eaton and with Luis Robert and Eloy Jimenez already in the fold, but hey, Jayson Stark hears what he hears and if you can believe it, he’s not alone.

Jeff Passan threw this line at the end of his White Sox section: “And with the Toronto Blue Jays and New York Mets among a large group interested in Springer, Chicago is likelier to seek a left-handed bat – someone like Springer’s old Astros teammate Michael Brantley.”

That was a day before they signed Eaton, but clearly the Brantley stuff is out there, and with Stark’s confirmation that they could pursue Brantley even after adding Eaton, I’d say this is squarely on the radar. Freaking White Sox, man. They’re pushing.

Although SNY reported that the Mets and James McCann were getting hot and heavy last week, Andy Martino re-shared the story this morning, claiming that “this has picked up and gained further momentum very recently, per sources.” So given the Mets’ needs, their pocketbook, and the upticking rumors, I’d say we’re pretty close to a resolution here, even before J.T. Realmuto signs somewhere else.

McCann was pretty great behind Yasmani Grandal last season (they were BOTH Gold Glove finalists) and has finally taken off with the stick too, so the Mets could be getting a good one. Of course, he likely won’t be their marquee addition of the offseason.

Martino claims that the Mets and center fielder George Springer are “engaged” in discussions, echoing a stronger report from Buster Olney on ESPN Radio yesterday:  “I’m just about ready to bet the family farm in Vermont that [the Mets are] going to wind up with Springer,” Olney said. “It just feels like such a natural fit.”

Btw I am also close to betting Buster Olney’s family farm on the Mets getting Springer. They’re well-positioned, at least.

For what it’s worth, Jeff Passan has the Blue Jays also interested in Springer, but … they’re kind of connected to literally everyone these days, so.

Tiny, related rumor: Olney seems to believe Trevor Bauer could be a priority for the Mets, and, indeed, his agent seems to want the world to believe that, but Bauer has been playing games with every team in baseball all offseason long. It’s just his bit, I think, so we’ll see. Not that it would shock anyone to see the Mets, behind new owner Steve Cohen, land a trio of top free agents this offseason.

Although it seems quite likely that the Yankees will re-sign DJ LeMahieu this offseason (they rarely fail to get their No.1  target), Passan pushes back on that as “fait accompli.” According to his latest, a strong market has formed around LeMahieu, including the Blue Jays, Dodgers, and others. That could mean a significant bidding war for the second baseman, given the resources and expectations for those three teams. Personally, I still see the Dodgers as an odd fit, but we know they’re open to adding infielders in the absence of Justin Turner, and sometimes the rich just like to get richer.

The Cubs could use an outfielder after nontendering Albert Almora Jr. and Kyle Schwarber, and with all due love to Ian Happ, the ideal target would probably be a right-handed center fielder who could push Happ to left and improve the defense in two places, while also bolstering the Cubs offense against left-handed pitching.

As a lefty batter, Jackie Bradley Jr. doesn’t exactly fit that mold, but he is a 30-year-old free agent center fielder who was selected in the first round by Theo Epstein’s Red Sox back in 2011. He’s also a Gold Glove winning center fielder who just posted a 119 wRC+ in 2020 (217 PAs) … he actually crushed lefties last season (144 wRC+), but it was only 69 PAs, so … let’s let his career numbers do the talking there (84 wRC+ against LHP).

MLB Trade Rumors has Bradley Jr. as the 16th best free agent, projected for a two-year, $16M deal. I’d like to say that’s not out of the Cubs’ range, but I really don’t know. We suspect things are very, very tight.

In any case, this conversation might all be moot, because the Red Sox are toying with bringing him back and not just in a polite “talking about your ex” kind of way:

“Jackie is definitely on our radar,” Red Sox GM Brian O’Halloran said during a Zoom call Monday. “We’ve all seen what Jackie’s been able to do over the years so certainly a guy that we, to use your terminology, we’ll absolutely keep on our radar and see where it goes.”

Meanwhile, Bradley Jr. suggests that he’s already heard from “a couple teams,” before conceding that things are moving slowly.

As we discussed yesterday, the Rays are very open to trading Kevin Kiermaier (and possible Blake Snell, albeit less so), and they need “a pair of catchers, but they could also use another thumper in the middle of the lineup” according to The Tampa Bay Times.

In terms of the Cubs, Kiermaier doesn’t completely fit the mold as a left-handed bat, but he is a seriously excellent center fielder. And while he would absolutely NOT be the center piece return in a move for someone like Willson Contreras, perhaps you could see him carrying some of the weight in a trade for Victor Caratini? That’s not necessarily something I want to see, I think Caratini is a pretty great backup, who can also spend time at DH and first base. But he might just have marginal “starter” value on the trade market, and it might not be a terrible idea to cash in on some of that value for another position of need – especially if the Cubs are willing to commit to Willson Contreras long-term.

All that said, with Kiermaier, you’re betting not only on the glove to stay super elite, but also for the offensive performance to come way around after huge slumps in his late-20s:

•   We mentioned KBO star Mel Rojas Jr. the other day, and while he is leaving the KBO, he’s staying in Asia, heading to the NPB. Good for him, I guess. Go where the money is.

Source: Mel Rojas Jr.'s deal with the Hanshin Tigers: $5 million for two years, plus $500,000 in possible incentives. He's spent the last four seasons with the KT Wiz of the KBO.

Cole Hamels has received interest from several teams. He is working out every day and focused on being healthy and ready to go. If teams want to see him in person he’d consider showcasing, assuming it can be done.

Teams are showing interest in Felix Hernandez. He’s likely to pitch in 2021 after opting out last year following an excellent spring performance for the Braves. #King