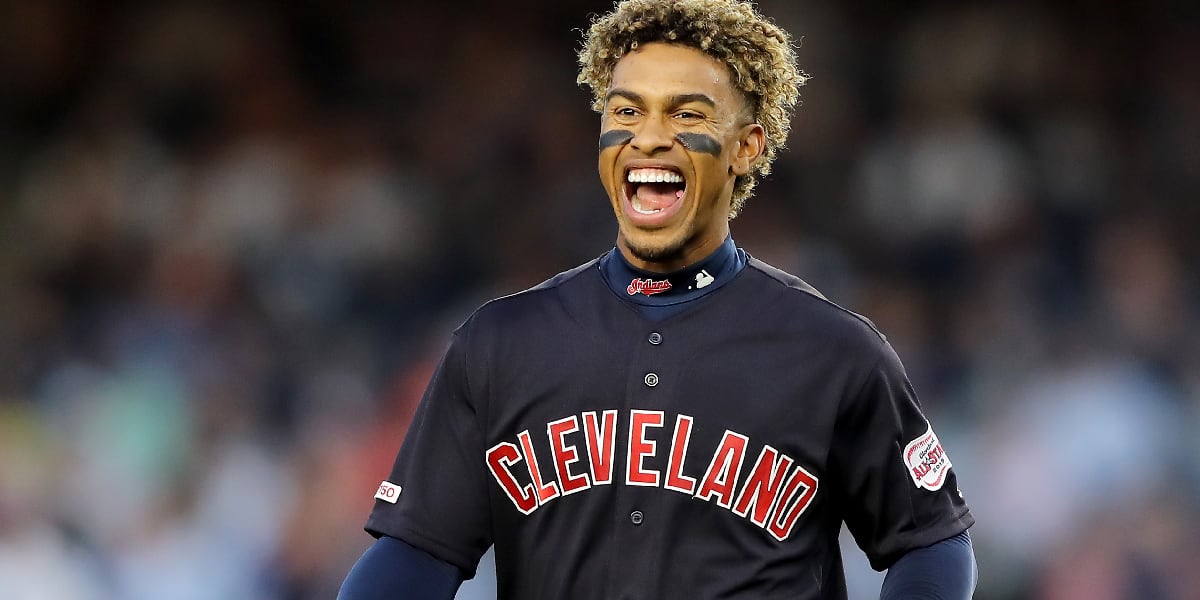 This morning at The Athletic, Eno Sarris ran down the best fits for MLB’s Top-10 remaining free agents, and it’s thoroughly enjoyable read with plenty of rumor-adjacent information. But right at the top, he confirms something we had begun to suspect:

Just something to keep in mind.

Yesterday’s James-McCann-to-the-Mets reporting (and counter-reporting) was so vintage-MLB offseason. I actually loved it. Let me take you on the journey (everything’s linked and condensed for convenience).

1. First, Ken Rosenthal reported that a deal was “getting close” between McCann and the Mets and expected to be in the four-year range. Usually, when Rosenthal reports something like this *and* he has details (like the length of the agreement), it’s a done deal. But this was just the start of the fun.

2. Then, Andy Martino, who’s pretty locked into the New York scene, almost hilariously reported that “final haggling on McCann could be about exact length and terms of deal,” so, you know … the entire deal. The Mets had apparently shown a willingness to go four years, but nothing was done yet.

3. Then, Martino followed up with a confident, “Mets just haven’t been in on Realmuto. Other priorities.” Which he would later come to regret … but let’s not get ahead of ourselves.

4. Because first, Jon Heyman jumped in to confirm the conversations with McCann, but added that the Mets are “still at least in touch with JT Realmuto.” Which was very convenient timing. The message quite clearly behooves the Mets, not McCann, when they’re stuck on the one-yard line and trying to get something done.

5. OH! And what do you know? Martino suddenly believes the Mets could “re-engage” Realmuto, whom we’ve been told time and time again is not their target this offseason, if the team and McCann “don’t find common ground on $ for a four-year deal.” Let’s just say, Martino has good Mets sources that he would like to keep. So while this information is undoubtedly being accurately conveyed, the decision to share it helps one side more than the other.

6. But fret not, because two sides can play this game. Later in the evening, Ken Rosenthal swooped in to add that the Angels are in the mix for McCann, as well. And everything was balanced in the world.

Ultimately, I think McCann will end up in New York, I think it’ll be for four years, and I think we’ll find out pretty soon. But what a journey it’s been. That almost felt like a normal offseason routine there for a second.

UPDATE: Before I clicked publish, here’s one more stop:

James McCann/Mets was still close at the end of yesterday. Won’t take much to get it done soon. Anything can fall apart, of course, but this one was at the five yard line.

Sorry, I know, I know. This is like Mets Nation lately, but they’re dominating every rumor and story and not in a B.S. kind of way. I think they’re legitimately holding up a lot of the market with their tentacles.

And, as a matter of fact, there’s a related rumor (which we’ll get to in a second) positing that Sandy Alderson’s search for a GM is slowing down his other duties on the player acquisition front, which is, in turn, slowing down the market entirely.

In any case, the Mets have reportedly checked in with George Springer, Trevor Bauer, James McCann, and J.T. Realmuto, with Springer actually being the player with which they’re “most engaged.” The sides are apparently not currently close on what they consider a fair contract, though, which is probably just a little early-offseason posturing from one of the most spendy teams and most attractive free agents. The dance is expected.

Meanwhile, I thought it was interesting to note that the Mets are also apparently interested in Liam Hendriks, who has since become a primary target for the Chicago White Sox.

DJ LeMahieu will have no shortage of suitors this offseason, but the Yankees have made it clear that re-signing him is their No. 1 priority. And when the Yankees say something like that, they usually get their man.

So, for what it’s worth, I’m in agreement with Yankees 1B Luke Voit, who clearly believes his second baseman is returning in 2021: “I think DJ will be a Yankee. If I had to put money on that, I think he will.”

Voit hedged a little bit and said he hopes the Yankees offer him a deal [worth taking] because other teams will certainly come calling. But inside info or not, I think Voit’s conclusion is probably right.

Cubs probably should’ve listened to me two years ago, when LeMahieu could’ve been had on the cheap ($12M/year). Now, he’ll probably get something like $17-$20M/year for ~4 years.

Free Agent Second Baseman D.J. LeMahieu Has More to Offer Than You May Think https://t.co/sckGjyDbi4 pic.twitter.com/oi5qNhjNb4

Listening “Aggressively” on Lindor, Who’s Likely To Sign *This* Offseason?

Okay, THE line of the offseason has already been said, and Buster Olney gets the honor (emphasis mine):

But with Lindor now a year removed from free agency, a trade now finally seems inevitable, much in the way a Mookie Betts deal did at the outset of last offseason.

By all accounts from sources around baseball, the Indians are prepared to listen, aggressively. Cleveland needs to recoup value for Lindor before he walks away ….

They’re going to listen … aggressively. LOL. Okay, well. There’s no actual news with that, because we already knew he was going to be on the move, but this is just further confirmation that, yes, it’s going to happen this offseason. But there is a few more VERY important parts.

For one, Olney lists the Mets, Blue Jays, and Yankees as possible fits (have to imagine the Yankees are only a player if they fail to land LeMahieu, because Gleyber Torres is obviously still hanging around), and adds that “there may not be a lot of trade bidders for Lindor,” because of the budget cuts around the league and Lindor’s budding free agency.

And that’s the next, perhaps even more important part: According to “agents” around the league, Lindor may look to get his extension done *this* offseason, with whatever team he’s traded to, as he looks ahead to a crowded free agent shortstop class next winter. In other words, he could follow the Mookie Betts model, which really worked out for Betts.

Speaking of which, baseball officials and agents “loosely guess” to Olney that Lindor will get something less than the $365M deal Betts signed last offseason, but would beat any other free agent in terms of total dollars this offseason. So … there’s your range. Something between $150M and $350M. LOL.

Given his age (newly 27), position (SS), marketability (10/10), five tools, and the trends of the market, I can probably narrow that band for you to something between 7 years/$250M to 10 years and $325M, depending on the team and the post-COVID financial landscape. Just a guess.

Related: I always knew this was possible, but I really hate it. Mookie Betts and Francisco Lindor were two guys I had DESPERATELY hoped the Cubs could target for their next big free agent contract, but Betts never hit free agency – he was traded to the Dodgers and immediately extended. If the same happens for Lindor, I’ll be crushed. The lesson/point here is simple: You can get guys only when they’re available, not when the timing is right for your franchise. If you want Lindor in 2022+, you might need to get him now.

Justin Turner is drawing outside interest but the Dodgers remain a fantastic fit. He’s posted an OPS plus of betw 121 and 155 his 7 years back home in LA after never previously cracking 100. The Dodgers will look at Nolan Arenado of course, but Turner is the easier great option.

The path of least resistance remains re-signing Turner, but as Heyman points out a trade isn’t out of the question. With that said, I’m not sure I see Nolan Arenado as the most natural counter to Turner. Kris Bryant, like Turner, is more of a short-term commitment, which fits better alongside the Dodgers expiring contracts. Obviously, the Dodgers could look at Arenado as a long-term replacement for Turner *and* Corey Seager, whom they’re losing to free agency next season, but he’s a massive financial commitment and comes from the NL West Rockies. Getting that deal done, no matter how badly Arenado wants out and the Rockies want to oblige, just seems more challenging.

In any case, Turner seems like the obvious path.

In his last full MLB season (2018), James Taillon started 32 games for the Pirates, tossed 191.0 innings, and finished with a 3.20 ERA (3.46 FIP) and 3.9 WAR. Unfortunately, he managed just 7 starts in 2019 and no starts in 2020 due to a surgery to repair a flexor strain as well as a UCL revision. He is still under team control through the next two seasons, however, and so the Pirates are testing the waters on any potential suitors.

The Yankees have come in for an explicit mention with Josh Bell a part of those discussions, as well:

Heard today from a couple sources that the Pirates and Yankees have had conversations involving Jameson Taillon and Josh Bell. Unsure on seriousness or scope, but it’s an interesting match.

The Yankees need starting pitching as much as anyone, Taillon is a good, affordable bounceback option with plenty of upside, and the Yankees and Pirates have been pretty good at making deals in the past. I’m not sure how Josh Bell really fits into the Yankees plans positionally, but he is a switch-hitter and I do know they were looking to balance out their handedness with more offense from the left side (career 121 wRC+ as a lefty).

But even as those rumors have been reported, two other Pirates have been mentioned more often: