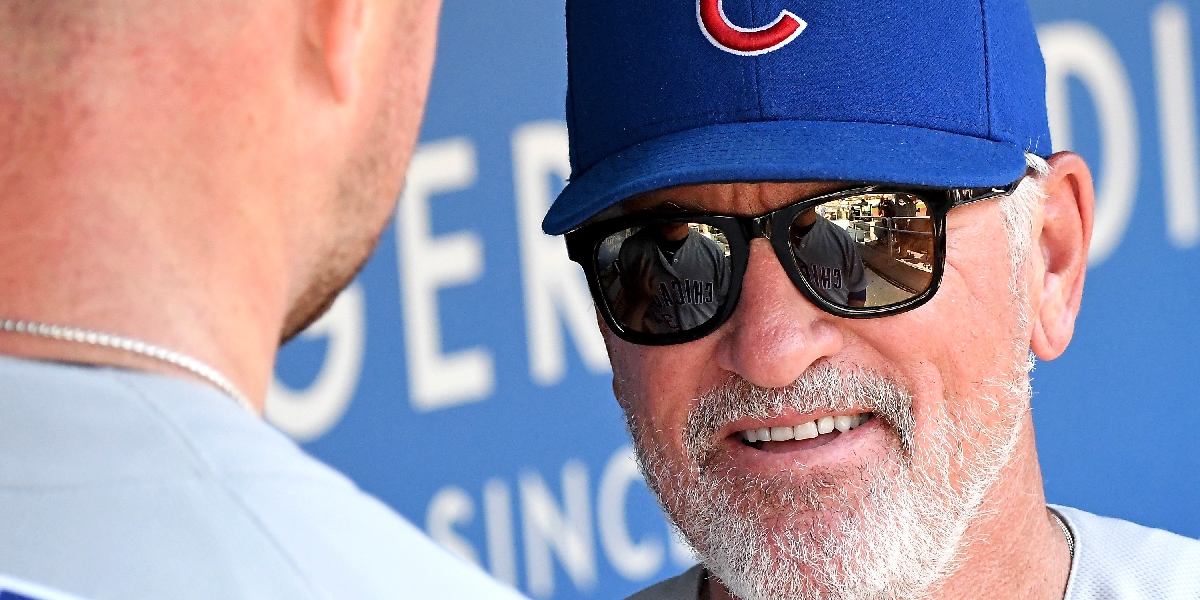 Because I’ve spent so much time covering the Cubs under the evidently deliberate stewardship of Theo Epstein and Jed Hoyer, I’ve developed something of cautious front office philosophy when it comes to player acquisitions. By which I mean I’d sort of chuckle to myself in disbelief when teams went wild in any given offseason — like the Padres unexpected free agent binge a few years ago, or whenever Jerry DiPoto completes his ninth trade of the offseason (I hear the tenth one is free). But Dave Dombrowski, the new Phillies GM, and a perfect analog of the sort of executive we’re discussing, might deserve more credit than that.

On the surface, Dombrowski might seem antithetical to everything we’ve learned under Epstein in Chicago and Boston, but eventually it’s tough to argue with the success.

Nine playoff appearances. Four pennants. Two world series titles. With three different teams. Dombrowski has turned himself into the must-have executive for any frustrated team looking to turn into a contender over-night. Again, that’s not always the *right* approach, but it’s what he does and he does it pretty well. I’m sure Phillies fans are pretty excited for the offseason ahead. I suspect they will eventually do something very big this winter. You wouldn’t hire Dombrowski if you didn’t plan on it.

Speaking of doing something big, just a general FYI: You might expect teams to continue making calls, negotiating deals, and seeking out trades for a little while longer, but Cubs President Jed Hoyer believes that’ll last through next week and then shut down a bit for the holidays (which isn’t all that atypical). And, hey, January is the new December anyway, so no rush on that front.

Not that anyone has shown anything close to a “rush” so far:

Angels Looking for SP, Including Lester

According to Robert Murray, the Angels are “likely to add one or two starting pitchers,” this offseason, with Jon Heyman chiming in to add some clarity on the tier:

Folks are convince the #LAAngels are determined to add a top of the rotation starter. Cy Young winner Trevor Bauer is the obvious option, and the LA/UCLA product may relish a homecoming. The top trade options may be Sonny Gray and Blake Snell; the list of No. 1 guys is short.

I wouldn’t be surprised if Bauer ends up out west, fulfilling the need for someone at the top of the rotation, but Murray also suggests that “Jon Lester is a name to watch.”

He concedes that Lester isn’t likely to sign until later in the offseason, which tracks with our understanding that the Cubs and his agents have kept in touch, but with Joe Maddon out there and a clear need for innings and veteran leadership, the Angels could make a whole lot of sense.

McCann, Realmuto, Angels, and the Mets

Speaking of the Angels, they’re also in the market for a catcher, and according to Murray, have been in negotiations with James McCann, who was seemingly nearing a four-year deal with the Mets earlier this week. I’m not sure if the Angels involvement is anything more than posturing – I really believe McCann will end up with the Mets – but their involvement is noteworthy for a team like the Cubs who are obviously very open to trading anyone, catchers included.

For what it’s worth, the Mets are also keeping tabs on JT Realmuto, but prefer McCann because he should be cheaper, allowing them to also sign George Springer or Trevor Bauer.

I know the offseason is waiting on (1) roster rules, (2) season clarity, (3) and vaccine information, but the Mets, themselves, are probably holding up parts of the market, themselves.

In short, the Yankees really do want to re-sign DJ LeMahieu and haven’t really looked into contingency plans if they don’t get him. Of course, if they do fail to land the second baseman, they could push Gleyber Torres back over to second, where Cashman believes he’s better suited, before pursuing a shortstop on the free agent market (Didi Gregorius, Andrelton Simmons, Marcus Semien, and Ha-Seong Kim are all free agents, while Francisco Lindor and Trevor Story are available in trade).

Personally, I doubt the Yankees go the trade route.

The Yankees have also reportedly shown interest in James McCann and Yadier Molina, but again, I think McCann will be pricier than they’d like. As for Yadi, well … maybe there will be an opportunity there:

•   At The Athletic, you can read through some of the best first for the top-five non-tender free agents, including Kyle Schwarber (White Sox, Cubs, Twins, Red Sox, Tigers). Notably, Eddie Rosario is mentioned as a fit for the Cardinals and Nomar Mazara is connected to the Pirates. But I was most intrigued by David Dahl, who was connected to the Cubs … along with the, Brewers, Cardinals, AND Pirates in the NL Central (plus the Astros and Red Sox). We talked about Dahl recently, so you’ll want to check out more here on him:

Injury concerns aside, I really hope the #Cubs take a good, long look at David Dahl this offseason. He's young, could come cheap, and could be one of those lightning in a bottle
plays if they get lucky and he stays healthy. @BleacherNation https://t.co/SsO2SjmqRQ

•   The Blue Jays have been WEIRDLY candid about their intentions this offseason, and here’s another example:

– He added the current RC is getting new turf for next season.
– Plus, there is still optimism the #BlueJays will start the 2021 season playing in Toronto.

•   I know, I know. It’s not secret that they’re involved with every player – free agent or trade – but to hear it laid out so plainly? It’s strange. Four very good players, or two elite players. Like, what? When have you ever heard a front office exec talk that way to the media.