Now Adam Wainwright is Out There Talking to Other Teams, Too? Skip to content 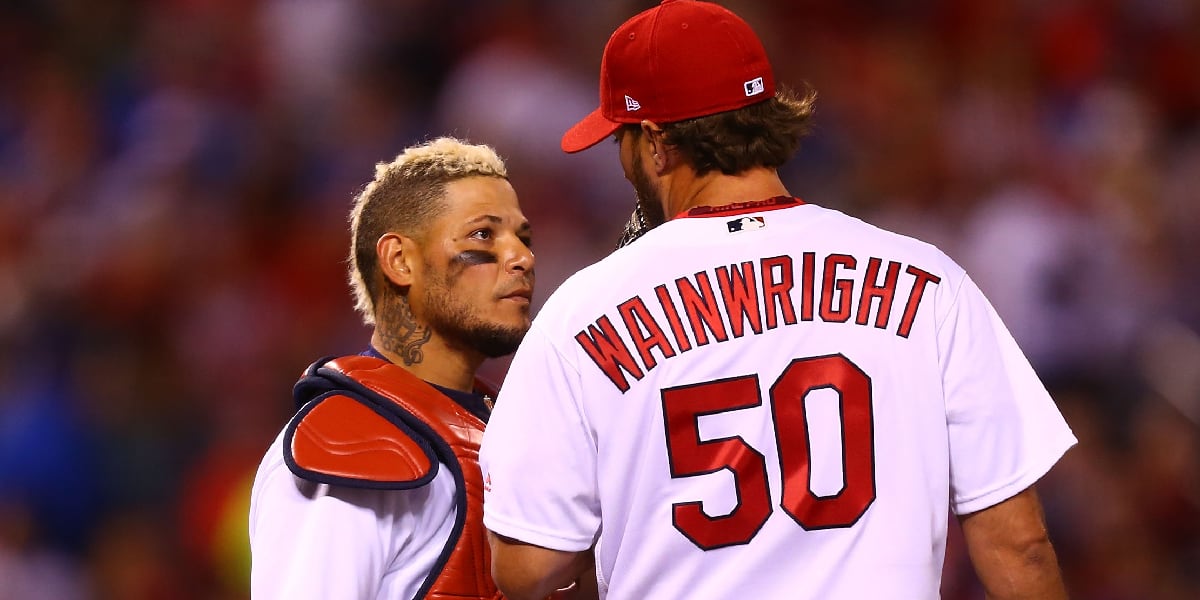 While Yadi Molina is out there doing the free agency tour for the first time in his career, wishing he could get more “appreciation” from the Cardinals (aka, a two-year offer), it’s possible the Cardinals could lose their pitching face-of-the-franchise, too.

Adam Wainwright, like Molina, is in his late-30s having spent the last decade and a half exclusively with the Cardinals. And, like Molina, Wainwright is a free agent who is out there taking the tour:

Sources: #Royals have shown interest in free agent Adam Wainwright, but they don’t appear to be frontrunners to sign him. Of course, Wainwright played for Kansas City manager Mike Matheny in St. Louis. @MLBNetwork @MLB

To be sure, that’s one team compared to the half-dozen out there publicly-connected to Molina, but it could be no less persuasive in getting the Cardinals to finalize an offer to retain Wainwright. At least, I am inclined to assume that’s what this is really about. I don’t think Wainwright – or Molina, for that matter – really wants to leave the Cardinals for his age 39 season. But I have no doubt that he wants to get the right contract to return. For Molina, it’s a two-year deal. For Wainwright, maybe it’s something similar to the one-year, $5 million deal he got to return in 2020. Or maybe more, given how good he was (3.15 ERA over 65.2 innings, 3.0-ish WAR pace).

So, you get that Matheny connection out there in the public sphere, especially given how aggressive the Royals have been in free agency this offseason, and maybe that gets the Cardinals to the table to get a deal done.

Of course, a big part of what Molina and Wainwright are up against is the Cardinals being a team that – like the Cubs – is so heavily-dependent on game-day revenues that they probably want to wait as long as possible to really commit any meaningful dollars at all. And, from their perspective, maybe they’re thinking they have to move on from Molina-Wainwright eventually anyway …

Still, it seems highly, highly likely to me that both are back with the Cardinals for at least one more year in 2021. It’s just impossible for me to see it any other way, though I suppose that’ll be true whenever that first year comes that they aren’t with the Cardinals. It’s gonna be weird. I mean, think about it this way: consider how long Anthony Rizzo has been with the Cubs. How much he FEELS like he IS the Cubs because he’s been here so long. Now take that amount of time and double it. That’s Molina and Wainwright with the Cardinals.