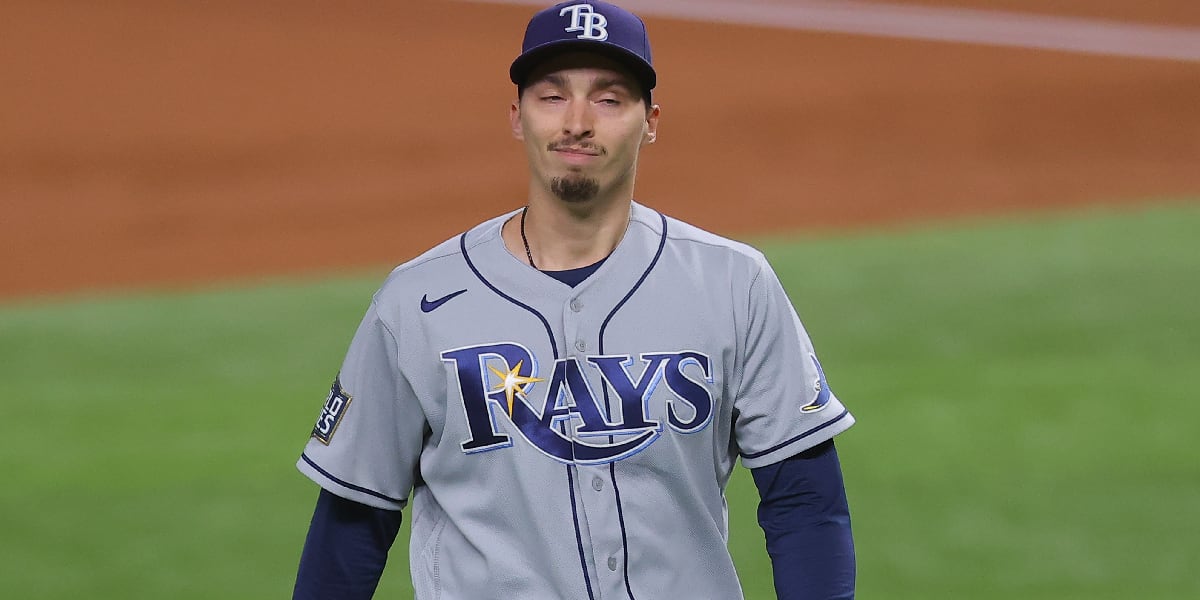 There’s not normally MLB transaction action in the days between Christmas and the new year, but the San Diego Padres just pulled off a monster trade for Rays ace and former AL Cy Young Blake Snell.

And this one even has implications for the Cubs:

But before we get to “us,” let’s talk about the deal on its surface. The Rays, fresh off a World Series loss to the Los Angeles Dodgers, have eyes on competing again next season, but have already begun some significant cost-saving measures, including declining the options on Mike Zunino (they’ve since re-signed him) and Charlie Morton.

The next step was always going to be trading Snell. It was one of the hotter rumors all winter and this is the Rays M.O.

Snell has 3 yrs, $39M left on his pact and follows a line of top SPs the #Rays have traded over the years, including David Price, James Shields, Chris Archer. TB now has lost Morton (free agency) and Snell (trade) from its rotation Big 3 with Glasnow.

As for the Padres, they’ve long been connected to a deal for Snell (most often by Jon Morosi), but were of course heavily tied to the Chicago Cubs and Yu Darvish over the past few days. Could that have been a smoke screen just to get the Rays to come down on their asking price? It’s certainly possible.

Especially considering the source of the rumors (San Diego) and the fact that it ALSO included a potential pursuit of free agent Tomoyuki Sugano (as if to say … no, really, we have options!):

A report out of San Diego (notably not Chicago, and not national) has the Padres as "in contact" with the Cubs on Darvish: https://t.co/iZTxAcG9vp pic.twitter.com/r722gTUFxC

But we also know that Yu Darvish is “out there” in trade talks and even that he’s considered more likely to be traded than Kris Bryant this offseason. So I think that smoke was probably at least partially legitimate.

But there was no deal between the Cubs and Padres and that makes you ask the question: Is Yu Darvish safe now? Will he remain in Chicago to finish out what’s left of his six-year, $126M deal (3 years and $62M).

Well, one of the few realistic suitors for an ace-level starter did just come off the table. The Padres are one of a handful of teams in that sweet spot of (1) *really* needing an ace, (2) ready to contend and push all-in for 2021 (Snell does cost $20M less than Darvish over the next three years), and (3) has the pieces to pull something of this caliber off. So on that, plus Trevor Bauer in free agency and Sonny Gray/Luis Castillo available in trade, I’d say the pool of available top-end starters may exceed the remaining group of teams interested in investing big for one this winter (the Angels and Mets come to mind for what it’s worth).

Also, no, I do not think the Padres would still be willing to trade for Yu Darvish, even if they did have the pieces (which they might), despite the fact that they could still add from here:

Other than that, the Padres just got a lot better (they’re eying those Dodgers, man) …

Which is also to say: San Diego can get even better using its rotation depth to make some other deals.

Padres have control of all of the following players through 2023:

(Hosmer and Clevinger through 2022) pic.twitter.com/PKRCPKHIwI

… and the Rays did their thing yet again.

UPDATE: The return is four prospects from the Padres, led by Luis Patiño, not lefty MacKenzie Gore (#3 prospect in MLB) or shortstop CJ Abrams (#21):

Blake Snell has been traded from the Rays to the Padres pending physicals, a source confirms. Tampa Bay will get four prospects led by RHP Luis Patiño, the Padres’ No. 3 prospect per @MLBPipeline. First: @dennistlin

But Luis Patino is no slouch. He’s a top-25 prospect, himself, and exactly the sort of center piece we envisioned in a deal for Darvish (who, again, cost $20M more over the next three years than Snell).

The prospective deal that would send Blake Snell to San Diego would be centered around top pitching prospect Luis Patiño, sources tell ESPN. Also in the deal, as @dennistlin reported, would be catcher Francisco Mejia, pitcher Cole Wilcox and Blake Hunt, a young catcher.

All things considered, this isn’t a crazy-strong return, but it does have a legitimately great center piece and that additional catcher the Rays were seeking (with some upside). It’s a strong return. Just as a reminder, Snell, 28, is much younger than Darvish, and had the exact same number of years remaining on his deal (3), but for a lot less money. Of course, I think Darvish is also the superior pitcher at the moment, particularly for 2021. Just thinking out loud.

UPDATE III: Brett dug in deeper on the trade here, and its relationship to the Cubs and Darvish.