Boog Has Stories and Pranks, Impact Acquisitions, and Other Cubs Bullets Skip to content 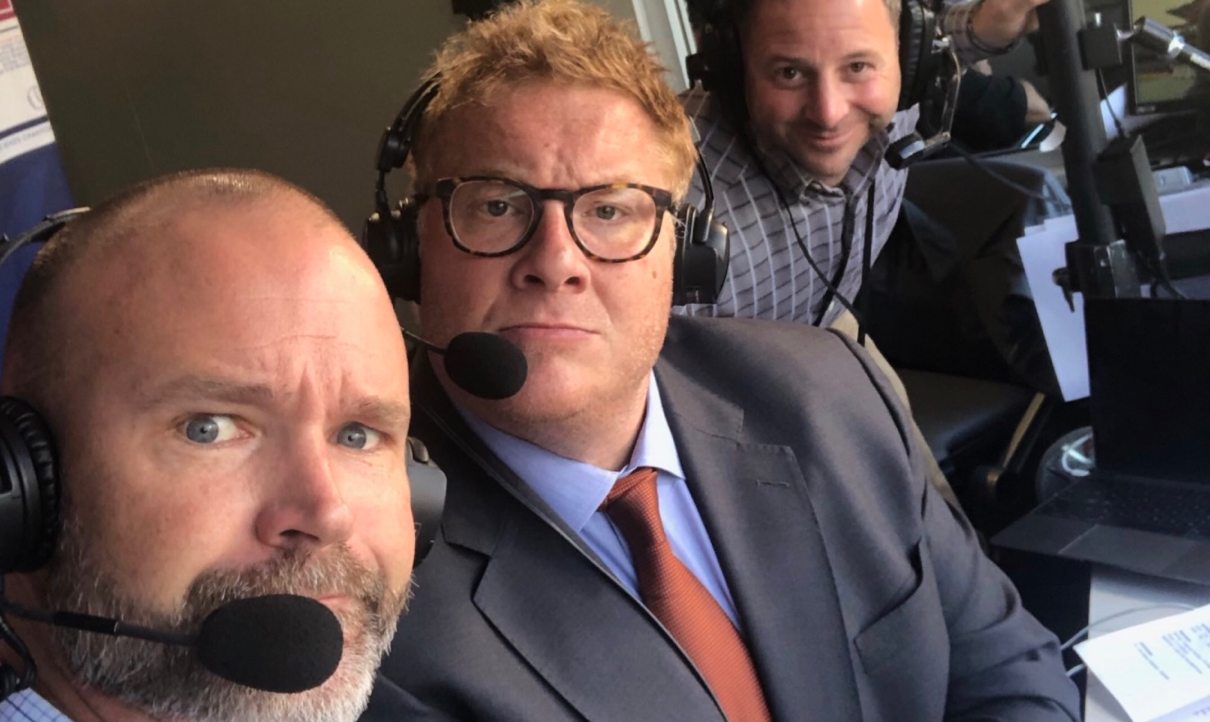 I just realized, right now, looking around while I type, that our house has suddenly become populated with hearts and other Valentine’s-related decor. I don’t know when this happened, but I know who is responsible – The Little Girl has become an extremely eager decorator, and my guess is she took down the Christmas stuff while replacing it with Valentine’s stuff, all in one seamless motion. I never saw a thing.

•   New Cubs play-by-play man Boog Sciambi has a long broadcast history with some guys connected to the Cubs – for example David Ross and Rick Sutcliffe – by virtue of his time at ESPN, and that included a funny moment shared by Sciambi on The Compound podcast. Apparently Ross had to scoot just before the 10th inning of a Red Sox-Phillies game to hit the bathroom, but didn’t get back before the broadcast had resumed. So when Ross sat down and put the headset on, Sutcliffe said, “That’s a great point, Boog, what do you think about that, Rossy?” Of course Ross froze trying to figure out what to say before he realized they were messing with him and blurting out, ‘You guys are like camels – you never go to the bathroom.'” (I tried to find an archive of the game in question (it would’ve had to be in 2017 or 2018, and there were only a few games that went to extras between the Red Sox and Phillies in that time), but I can’t find the ESPN broadcast for it at MLB.tv. )

•   Of course, Ross returned the favor by sneaking this onto a broadcast while showing off what his catcher’s card looked like:

.@BoogSciambi said David Ross texted him before the Zoom call with reporters: "I have some notes that he sent me. 'Make sure you get these in: I missed him. He's the best.'"

.@BoogSciambi: "I can tell you that when I go to a place like Wrigley, one of the things that's fun is the energy and the buzz is basically a reflection of what I feel when I'm there."

Says he's "fired up" to work with @JimDeshaies.

•   A reminder that it was Boog (and Jess Mendoza) in the booth when Kris Bryant and Anthony Rizzo were mic’d up back in Spring Training:

•   Also, if you didn’t see this great story yesterday:

•   I get that fans aren’t going to feel great in the abstract if the “big acquisition” this offseason is a broadcaster, but (1) in a lot of ways your fan experience is more shaped by the daily broadcaster for a decade than by most of the players, and (2) at least the Cubs DID get a great one in Sciambi. This isn’t just a relief, it’s an actually impressive hiring for the Cubs and Marquee. Apparently, Sciambi was their top target from day one, and they actually got him.

•   Relatedly, if you noticed a name missing from the Marquee talent announcement, it was an error, not a decision:

The absence of Mark Grace’s name on press release was an oversight, according to Marquee. He may still return for some games in 2021.

•   Grace was sidelined last year after offering up some cringeworthy (at best) stories about his ex-wife on an August broadcast as part of a three-man booth that wasn’t working anyway. Grace was beloved as a player with the Cubs, but I don’t know that there’s much of a fit here going forward. (I wouldn’t scrap the three-man booth entirely, though, because it sometimes does work for a LIMITED portion of the game. For example, I actually thought Ryan Dempster’s appearances in the booth last year were really interesting and insightful. His comedy schtick might not be for everyone, but the guy knows the game and worked well with Len and JD.)

•   Water filters, jewelry, makeup, and more are your Deals of the Day at Amazon. #ad

•   This is about what you’d expect for an established guy signing a minor league deal:

Adam Morgan Cubs deal if in majors: 900K plus many bonuses

•   Note that Jeremy Jeffress (also coming off of fairly significant injured/down season) got $850K last year from the Cubs, though his was a big league deal. For his good two years, Morgan was really darn good.

I'm very happy to say that I've re-upped with @TheAthleticCHI for another year, which means I get to keep doing the 'Onto Waveland' pod with @sahadevsharma and @PJ_Mooney. Find us wherever you get your podcasts, folks. Stick us in your ears.