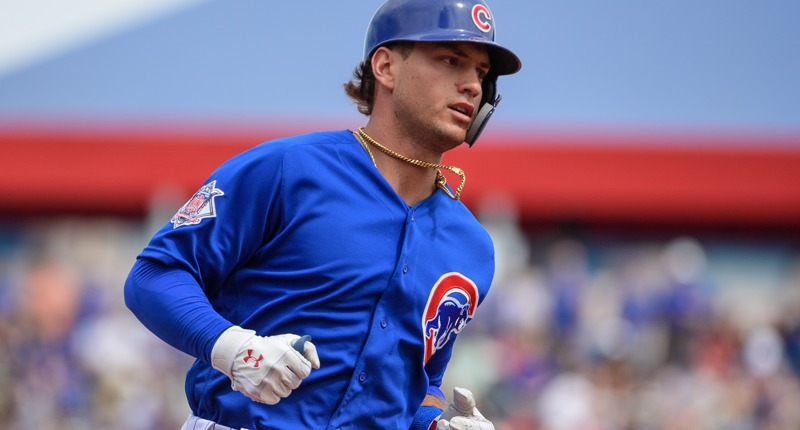 The New York Mets are so aggressive in their spending that they might even pony up for a non-tendered Chicago Cubs outfielder.

OK, maybe that was rough, but it does strike me as odd to see this rumor popping up as, like, a counterweight to GEORGE SPRINGER rumors:

Free agent Albert Almora is among the center field options that Mets have looked at.

Almora’s time with the Cubs had simply run its course for a variety of reasons, and although you don’t absolutely close the door on a reunion, you do have to be realistic about the role you’d see him filling on the Cubs: another shot-in-the-dark righty outfielder who will probably play great defense, and MIGHT rebound at the plate SLIGHTLY against lefties, making him a decent overall 5th outfielder. We know the contours of that reality because we’ve been following his journey so closely for nearly a decade (whoa).

For the Mets – and their fans – it’s kinda wild for me to see the reactions (you can see the replies to Martino’s tweet), admittedly doing what WE do when the Cubs get in on similar bounce-back types. We acknowledge that there’s probably not a ton of upside, but we also probably live a little too much IN that upside. Like, yeah, Almora might become another Juan Lagares for the Mets, pairing stellar defense with a serviceable bat, making him a great bench player and occasional starter. But does anyone around here think that’s at all likely? It’s far more likely that, even at just 27 next year, Almora is really going to have to grind to make himself a useable 5th outfielder, and will probably have to spend significant time in the minor leagues.

And, hey, God bless if it turns out that Almora is able to tap into all that talent with another organization, and make the fundamental changes to his plate approach that just weren’t taking with the Cubs. It’s not like that talent and ability is absent, and it’s not like sometimes things don’t click with a new organization. I think the upside is still pretty limited at this point, but I’d be happy for him if he reached it.

My guess is there is actually quite a bit of interest in Almora around the league, but if he lands a big league deal, it’s going to be one that isn’t much over the big league minimum, and it’ll be the kind of not-fully-guaranteed deal you see in your arbitration years. Almora was projected by MLBTR to get about $1.575 million this year, and maybe he lands a deal in that range, but still has to win his job in Spring Training.

Given how relatively cheap that is, and given how much the Cubs could use a quality outfield glove/platoon bat – look at all their minor league signings! – I think you can safely conclude what the Cubs believe about the likelihood that Almora puts it together, for whatever that’s worth.