Jeffress and Kintzler, Visiting the White House, Stars, and Other Cubs Bullets Skip to content 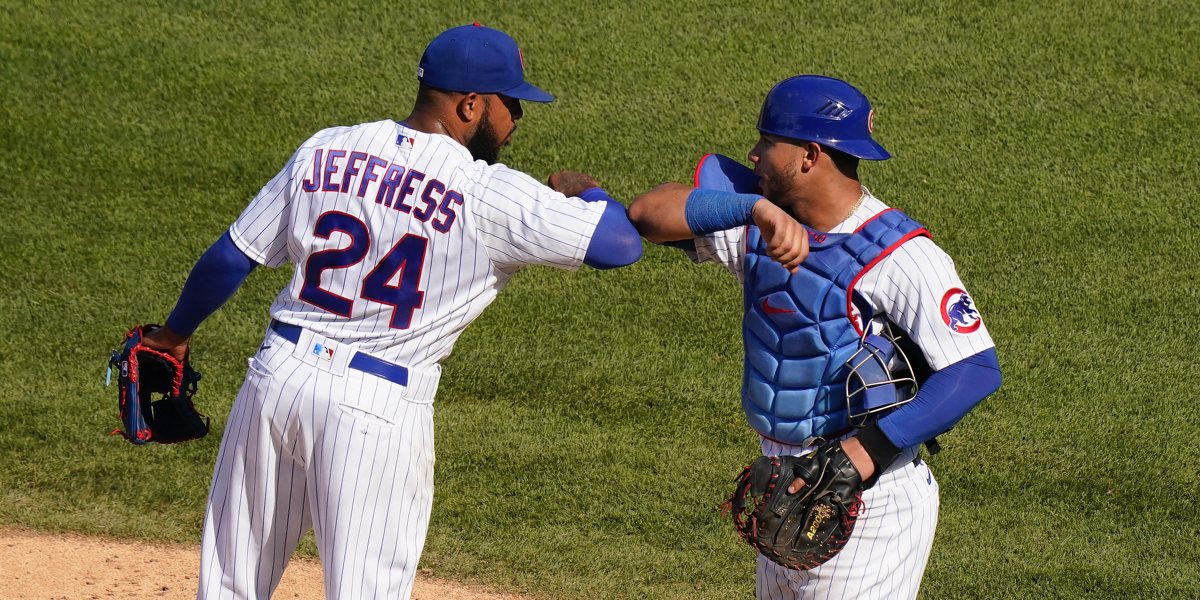 I really liked the first two episodes of ‘WandaVision’ for what they were (and it was smart of Disney+ to release them together), and although I’m eager to get into the “ok, but what’s going on,” as a pure old-timey sitcom, it works pretty darn well. Talk about taking a huge risk with a comic book series, but those first two episodes landed, IMO.

•   Old friend Brandon Kintzler has been an extreme FIP-beater with his ERA for a long time, and although it’s easy enough to attribute that to a huge groundball rate and weak contact overall, he suggested to Ken Rosenthal that there’s more to it. And it’s instructive. Great read overall, but here’s part of that sliver:

Kintzler’s statistical line from 2020 shows that his walk percentage was his second-highest rate over a full season. Three of his walks, however, were intentional, artificially inflating the number. Kintzler felt his Fielding Independent Pitching metric, focusing on the events he had the most control over — strikeouts, unintentional walks, hit by pitches and home runs — also was misleading.

Kintzler, who made his major-league debut in 2010, is not opposed to advanced metrics. His point, one players often make, is that numbers do not always tell the full story.

As Kintzler explains it, some of his eight unintentional walks last season were borderline intentional, while his strikeout rate, the fifth-lowest among relievers, hardly qualified as a surprise.

•   Luck is always a factor to be considered, but the point here is that you don’t want to overweight it simply because saying a pitcher “pitches to the situation” or “induces a double play ball” feels like woo-woo BS. Sometimes it’s just true. We’ve heard about this concept before in the context of Jeremy Jeffress, who is another guy that has at times had a whole lot of success despite few strikeouts and elevated walks. As Cubs pitching coach Tommy Hottovy put it: “You can’t look at [a closer’s walk rate] out of context. For me, I’m never going to be overly concerned with the walks with backend guys unless they throw non-competitive walks. JJ’s are more competitive …. He understands how to limit damage, he understands how to pitch to weak contact and let our defense play. If he finds himself in an advantage count, he can be more aggressive. He’s a guy who understands who he is, understands what he’s trying to do and knows he can go for a strikeout when he needs to and also knows how to pitch to weak contact.”

•   Like I wrote back then: “In other words, Hottovy is suggesting that what the numbers don’t really show you is how Jeffress is approaching individual at bats given the context (of the game situation, the batter’s tendencies, the defense, and the count). For *most* pitchers, you don’t really fret about that stuff because it evens out and they are generally out there trying to avoid walks and net strikeouts. But if Jeffress is a guy who is so comfortable out there that he’s fine with giving up competitive walks while trying to induce crap contact (i.e., he’s not being wild, he’s just being intentionally nibbly in certain situations), and he’s able to go for a strikeout when the situation dictates, then maybe we’re looking now at an additional consideration on why the spread between his results and his expected metrics is so big (as it pretty much always has been for his career). It could also help explain why we FEEL like he just doesn’t get into trouble ever while watching him despite some walks and few strikeouts – because he’s letting the situation guide his performance, since he’s the rare guy who really can adjust like that.”

•   Both Kintzler and Jeffress are still unsigned, by the way, and thanks to much of the above disconnect (plus the still-loaded relief market), I don’t expect either to get a significant contract. The Cubs are getting kinda full up in the bullpen with their many buy-low options that they want to give a shot (and I’m fine with it), but it’s still likely that they sign at least one or two additional relievers as Spring Training approaches. And I’m sure no one would beef about either of these two coming back.

•   Abiatal Avelino has played a whole lot in the DR, but has never really hit – it’s highly competitive (in terms of who gets to play), so clearly they must love his defense and contact ability:

I have missed that Abiatal Avelino, the projected @IowaCubs shortstop, has been an everyday infielder for LIDOM potential champion Gigantes. Has a paltry 571 OPS there, but nice 13/16 BB/K in 107 PA. One of the contact-first bats Cubs prioritized in minor league free agency. https://t.co/3wQ2LbWk0D

•   The Cubs are losing a good one from the beat:

Farewell to Mark Gonzales, the ‘Google Baseball’ of sports writers, who is leaving the Chicago Tribune https://t.co/wd3ISZJWOu

My son Matti was diagnosed with Leukemia last June and has been fighting the good fight ever since. He's had many setbacks but has received tremendous support from many of those he looks up to. I'm extremely thankful for @ihapp_1 for taking care of my guy. #Chicago #Cubs #Morale pic.twitter.com/NniKQzCEdQ

•   Four years ago, the Cubs hit up the White House:

•   It would’ve been CubsCon this weekend, so Obvious Shirts is putting everything on sale (and free shipping, as always):

Folks! Everything at our friends @obvious_shirts is now 30% off for what would've been Cubs Convention! Free shipping, too. Just use the code CUBSCON21 at checkout: https://t.co/X9HB2QoBE8 pic.twitter.com/PQLXu9V5oW

•   Just pretend you cannot figure out how this is happening, and enjoy the ride:

If El Mago were subbing into a basketball game. pic.twitter.com/Eq4kjHIbXb