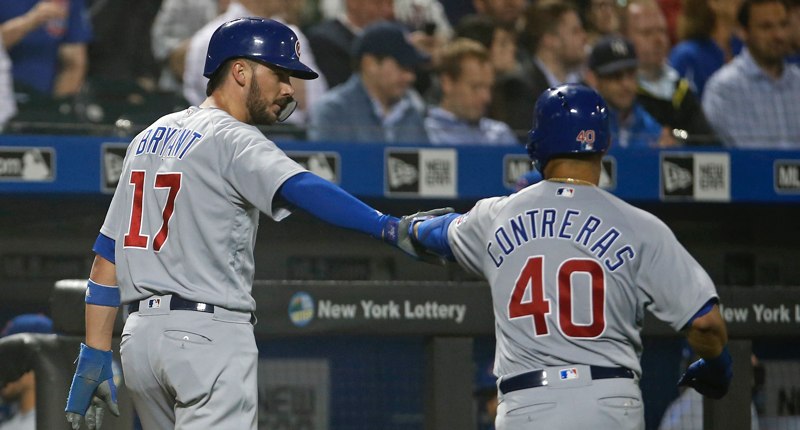 Like I said last night, we’re just a month away from Spring Training actually starting. The arbitration exchange deadline has passed, and the Cubs have only about a million dollars still up in the air on their internal payroll costs (i.e., Ian Happ’s arbitration case). There are dates set for the season. There are reasonable projections in place on vaccine rollout and fan attendance. On and on. The ability to construct hurdles or hold-ups or additional uncertainty on what the Cubs *CAN* do financially is greatly diminished. It’s time to get moving on some of the buy-low signings.

But which buy-low signings? And how many? And how “low” do the prices have to be? Well, that’s still opaque to us, even if shouldn’t be to the Cubs. Also … it all really kinda depends on what happens with Kris Bryant and Willson Contreras, no?

So where do things stand on that front? Well, there’s the fact that now their salaries for 2021 are actually settled. No more uncertainty there for potential trade partners. Beyond that, though, I don’t know that much has changed: the Cubs are reportedly uninterested in eating much of Bryant’s salary to trade him, and the Cubs would need a monster haul to trade Contreras. But they are absolutely willing to trade either in the right deal.

From Sharma and Mooney:

There is a sense that Hoyer won’t hesitate if another team is willing to absorb Bryant’s salary and give up a halfway decent package of prospects. Contreras is clearly available via trade, though acquiring the All-Star catcher would require a significant return. Though sources around the league once predicted that the return for Darvish would be lighter than the general public would expect, there is a consensus that it would take a “haul” for the Cubs to move Contreras.

That is the latest … and also the oldest? I think we can deduce from the whole of everything out there, everything the Cubs have said and done, and everything that maybe I might be hearing privately, that’s the situation. And it has been the situation for a while. The Cubs want to deal Bryant for a decent return, but – for whatever concerning reason – are not interested in kicking in substantial cash to get a great return. The Cubs are less interested in trading Contreras, but realize he might be their most valuable trade piece at a time when they want to load up the farm system. They are somewhere between “merely listening” and “shopping aggressively.” Neither of those characterizations would be quite accurate.

But it clearly remains an important part of the Cubs’ offseason one way or another, and that makes it hard to know just how much they are or are not doing in free agency. Which is very frustrating to me, because this market is otherwise shaping up to be a very good one for a team to make a whole lotta hay with only a little bit of cash. Even in a world where the Cubs do trade those guys and don’t look very compelling for 2021, there’s STILL a lot of potential value in taking advantage of a depressed short-term free agent market. Maybe you surprise in 2021 because you hit on so many guys on the cheap. Or maybe you wind up with some great flippable pieces at midseason. Who knows? But you certainly won’t hit on anyone if you don’t take some swings in this market. And if the Bryant/Contreras stuff is what’s holding things up for the Cubs, then I hope it comes to a resolution – one way or another – soon enough.