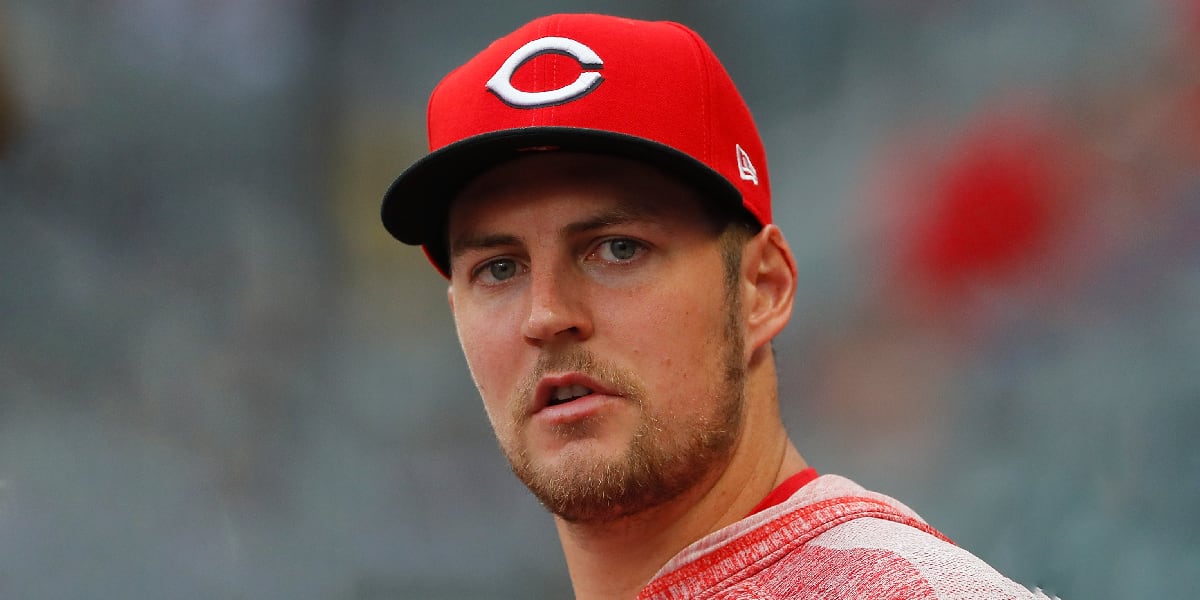 I wanted to be as genuine as possible about my reaction to Hank Aaron passing away earlier today, but I was a little afraid of how it would be received. On the one hand, of course I can easily recognize and appreciate the enormous impact Aaron had on the game of baseball, and I am sad that someone of his individual character and moral leadership has passed away. That part of the reaction to the news is immediate and easy.

On the other hand, it feels disingenuous to act like the news hit me in the same way that it will hit a lot of other people. I’m not Black. I’m never been a Braves fan. I’m under 30 years old. I never met him, like I did Tommy Lasorda, who also passed away earlier this year. Probably the most *direct* connection I have to Aaron was watching Barry Bonds overtake his home run record, and that’s certainly been spoiled in retrospect.

But this is Hank Aaron we’re talking about here. I probably don’t need to overthink things. The guy was a legend. There are only ever a few select people like him on this entire planet at one time. In terms of relevance and singular importance to his field both now and over time, Aaron is up there with Paul McCartney and Michael Jordan and Albert Einstein. Maybe that’s what resonates with me more than anything else. Today, we, as humans, lost a truly GREAT one. I don’t need some specific experience that ties this up in a neat little bow. The connection is humankind. We all lost someone special. So rest in peace, Hank. Earth will be a little less impressive tomorrow than it was yesterday.

Here are statements from Commissioner Manfred and the Braves:

Statement from Commissioner Rob Manfred on the passing of Hank Aaron: pic.twitter.com/1IUy3XE4rA

It is with great sadness we share the passing of our home run king, Hank Aaron. pic.twitter.com/ZdRuhqIaet

It’s just a sad day. Nothing complicated about that.

Jurickson Profar to the Padres

The San Diego Padres took Ha-Seong Kim from us. Then they took Yu Darvish and Victor Caratini from us. And now they’re taking Jurickson Profar from us, and on what could wind up a steal of a deal, too:

IF/OF Jurickson Profar and the San Diego Padres are in agreement on a three-year, $21 million contract, a source familiar with the deal tells ESPN.

At first blush, this seems like a great deal for the Padres (who just won’t stop!). Profar has been up and down offensively throughout his career, but he’s a former tip-top prospect who did find his most success in San Diego last season (111 wRC+, 1.3 WAR in just 56 games). If he just repeats those numbers, he’ll easily be worth that contract over time, especially when you factor in his defensive versatility. And remember, at 27, Profar is still quite young.

But there’s also a wrinkle.

According to Jon Heyman, Profar’s deal comes with not one, but TWO opt-outs. So it’s really a one-year deal, with two player options tacked onto the end (and I’d bet that first year is pretty cheap, too, leaving it up to Profar how much he wants to stay to collect or not). So while he does hold some of the power to return and make more money in 2022 and 2023, this means the Padres are likely getting Profar at age-27 for a relative pittance in 2021 dollars.

And that’s a bummer, because if we believe the Cubs are not spending right not largely because of the pandemic-crunched budgets (that may hurt them disproportionately at the gate/in the stands), then you’d imagine that a deal that costs very little in 2021, but has more spread out over 2022 and 2023 (when things should be better and revenues return to normal) would be doable/reasonable. And considering the upside Profar offers and the positions he can cover … that’s like the most no-brainer target for Chicago. But nope. Despite the obvious fit and previous speculation, no deal. So … what are we doing here exactly?

How to Fix the Game

When Theo Epstein was hired as a consultant to the commissioner last week, I got a text from a friend that read …

To which I responded, “Ouch … but not unfair.” And, indeed, that’s exactly how Ken Rosenthal begins his “open letter” to Theo Epstein on how to fix the game of baseball (and I’m sorry, but no matter how much YOU love the game and always have, it requires some fixing):

An open letter to Theo Epstein on how to fix the game: https://t.co/DiR35bF917

Rosenthal runs through any number of actual rule changes (and non rule changes), focusing, correctly, I think, on changing the incentives of the game, not the outcomes, themselves. But most importantly, he discusses Epstein’s unique role as a trustworthy ambassador for the league/owners – someone, who could actually get players to buy in, especially if he endeavors to include them in the process.

There are some good suggestions in there (and some with which I don’t really agree), but if the runner on second rule taught me anything, it’s that you have to see this stuff play out before you personally commit one way or the other. The true effects are difficult to nail perfectly in advance, and sometimes a rule winds up being a lot more OK than you thought.

I often harp on the fact that any team in baseball could’ve had Brad Hand for just $10 million in 2021 back when he was placed on waivers at the outset of the offseason, given that he’s almost certain to make more than that now. But he’s not really the only example (think about the Cubs non-tendering Kyle Schwarber at a projected rate lower than what he got six weeks later in free agency), and there’s probably a broader story at play here.

At The Athletic, Jake Kaplan questions why the Astros were suddenly interested in paying Michael Brantley $32M over two years when, earlier this offseason, they declined to even extend him the one-year qualifying offer of $18.9M. Sure, that’s more in 2021 dollars, but it’s a much smaller commitment overall, and if they thought he’d be able to get a two-year, $32 million deal, they’d be even more inclined to lay out that offer to receive draft pick compensation if he signed elsewhere.

The 2021 Astros undoubtedly got better with today's Michael Brantley deal. But if they were willing to pay him $32 million over two years, why not extend him the qualifying offer in November? Did their evaluation change?

Needless to say, the healthy free agent contracts we’ve seen handed out over the past two weeks – as well as our expectations for guys like Hand relative to earlier data points – seem to suggest that budget and revenue expectations changed dramatically since November and December.

But that was always the possibility/hope. A little more clarification on the season, a little more on the vaccine rollout, whatever … but it’s all happening. People are getting paid. Just not for the Cubs or the NL Central, I guess. At least, not yet.

Trevor Bauer wants to start every fourth day. No, really he does. In fact, a couple years ago, he said that finding a team to accommodate that wish was his No. 1 priority in free agency, and, with a hat tip to ESPN, he followed that up on his YouTube channel lately: “I want a team that is open to have an honest discussion with me about pitching every fourth day.”

But … come on. Not only is a team going to be reluctant to allow Bauer to pitch every four days purely from an individual performance optimization standpoint, there are considerable risks in terms of injuries, too (and do you really want to risk something like that on a pitcher who hopes/aims to make $35M+ a year?). Moreover, this idea would be insane for a modern pitcher to attempt in a regular season, let alone the first full season after 2020’s short year. And on top of everything else, his switch to a four-day turn could throw the rest of the rotation for a loop in a year when getting back to a normal routine may be more important than ever.

Bradford Doolittle looked at what it would actually be like for Bauer to pitch every fourth day, and it does move the other starting pitchers quite a bit (as you’d expect). Bauer would wind up getting 44 starts in a full season, while the other members of the rotation would have to pitch on longer rest more frequently. Of course, maybe that’s not the worst thing in the world? The problem, though, is that you don’t have just one starter whose workload you want to individually manage, and the real world creates issues all the time with injuries and doubleheaders and other schedule changes. Nevertheless, Doolittle sees it as possible, and wants a team to make it happen – just to see what it looks like.

•   Tim Dierkes sits down with Eugene Freedman, counsel to the president of the National Air Traffic Controllers Association (i.e., a labor lawyer who also writes about baseball relations in his spare time), to discuss some key upcoming CBA questions.

•   Deals are getting done:

I WILL ALWAYS
LOVE THE
CUBS.
BUT DAMN. @obvious_shirts