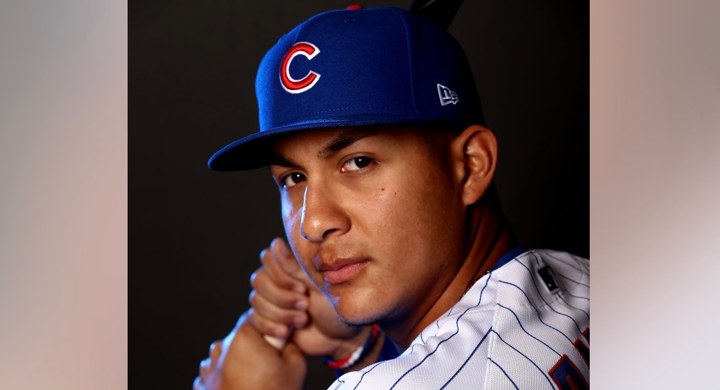 MLB.com’s MLB Pipeline crew revealed their new pre-2021 top 100 prospects list, and the Chicago Cubs landed a trio of prospects: Brailyn Marquez at 60, Brennen Davis at 61, and Miguel Amaya at 89. Most lists we’ve seen so far had the first two, obviously, but have had Amaya just on the outside.

Here’s Pipeline’s updated scouting report on Amaya, which is interesting for the love he gets on the defensive side:

He spent 2020 at Chicago’s alternate training site, improving his pitch-calling and communication under the tutelage of veteran backstops Jose Lobaton and P.J. Higgins.

Amaya stands out most with his work behind the plate. He demonstrated more consistency as a receiver last summer while continuing to frame and block pitches well. His arm rated as average when he turned pro and now grades as solid to plus, and he erased 35 percent of basestealers in 2019.

Though Amaya batted just .243/.334/.375 in his first four pro seasons, he has been younger than most of his competition and has shown the ability to manage the strike zone and get on base. He has good feel for the barrel and uses the entire field well, though most of the right-handed hitter’s pop comes to his pull side.

It’s that last part that I keep harping on with Amaya, and why I think he continues to be underrated. You’re talking about a catcher who was young for his level at every turn, already shows promise defensively, and yet was putting up better-than-league-average numbers at High-A with good power, plate discipline, and contact rates. That combination of youth, position, and that type of productivity is rare. I can’t wait to see what he does at AA this year, and hopefully the year of non-season development has done him well.

As for Davis and Marquez, this is roughly where they’re landing on most lists, which is roughly where they were around mid-year last year, too. You’ll have that when there’s no season. It’s fine. This coming year, we really get to see what they – and the rest of the system – can do.