Blue Jays and Others Still in on Yadi Molina? I Mean, Maybe, But It's All About the Cardinals Skip to content 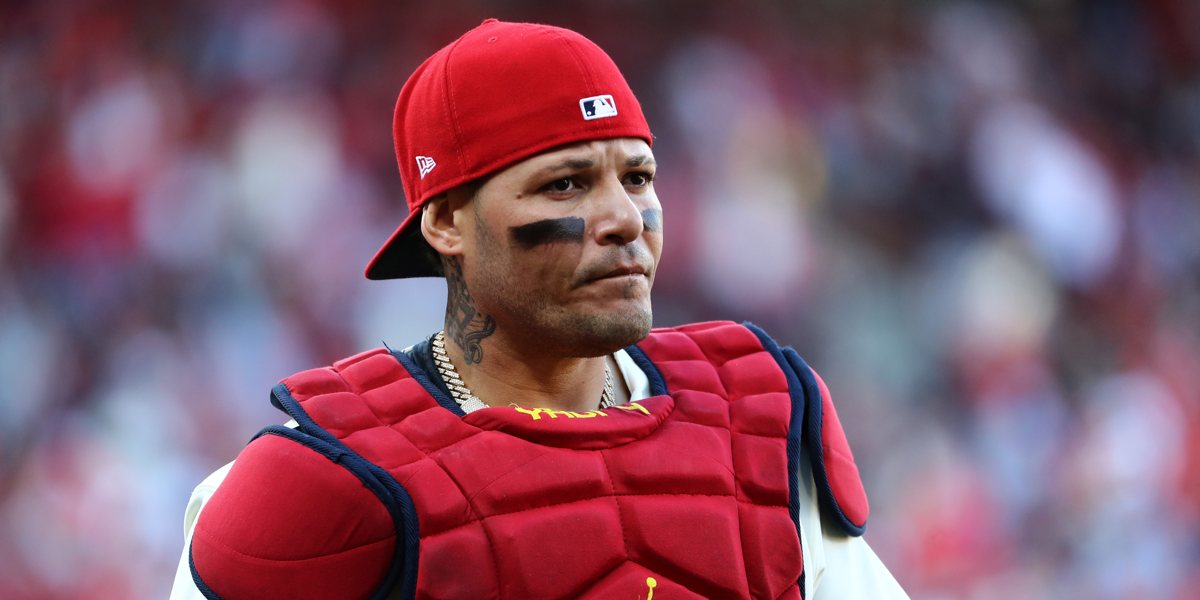 It has been expected for weeks now that long-time Cardinals catcher Yadi Molina would re-sign with the Cardinals imminently. He got his tour of free agency for the first time in his career, he played the market to try to push the Cardinals northward, and they’ve stood firm at a one-year offer, according to reports.

It seems extremely unlikely to any observer that Molina will actually go anywhere else, and yet the “rumor mill” is still trying to keep things open for other teams:

Blue Jays still have interest in legendary catcher Yadier Molina and have been in contact. Expectations have been that he returns to St. Louis, where he’s an icon. But nothing’s done, and a couple other teams are still in play.

If that didn’t come from Molina’s agent, I will eat my pants.

The Cardinals and Molina are undoubtedly at the one-yard line, with the Cardinals holding firm at a modest one-year offer, and Molina’s camp just out there begggggging them to add a cheap second year to the deal so he can have a “two-year” deal to wrap his career. I totally get it. I get why the Cardinals are holding fast, and I get why Molina is trying so hard to get the deal he wants.

The question has always been, though, do the Cardinals believe he’ll actually depart? Will he actually get some great two-year offer from another club (I’d argue he might be worth it for the right contender)? And would he really have the gumption to call their one-year bluff and leave the Cardinals after all this time?

I think the answer to all those questions has long been, and remains, no. Molina is going to return to the Cardinals, and the constant stream of rumors since November about other teams has all been about getting the Cardinals to max out what they can offer.