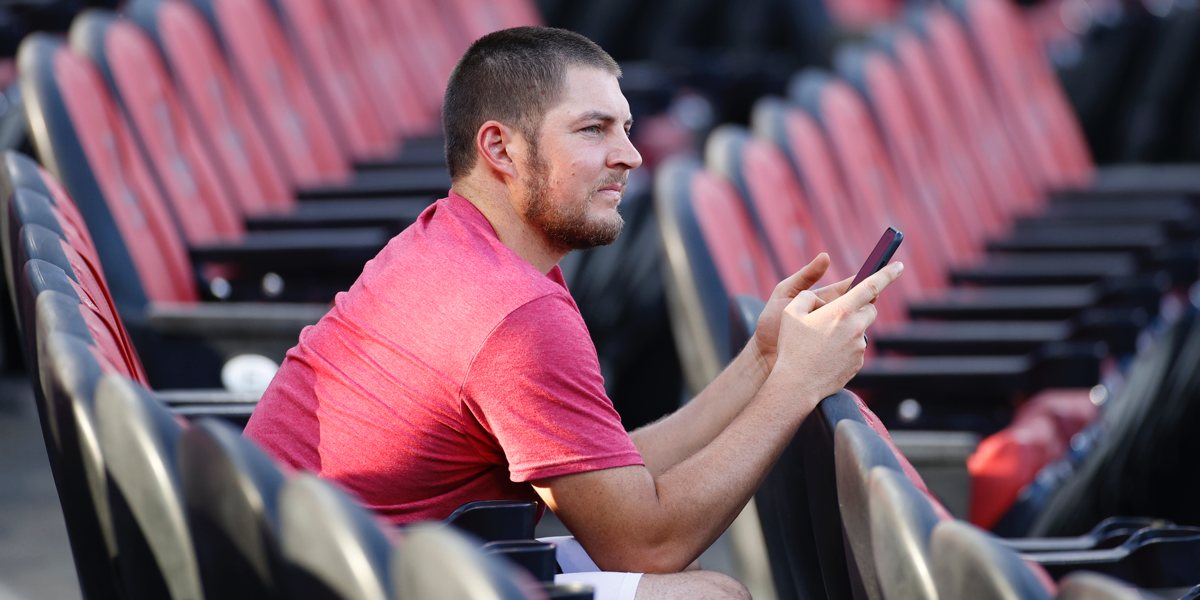 Let’s jump right into it, because the first section here is kinda breaking as we type …

Trevor Bauer and the Mets Getting Close?

Trevor Bauer was the top free agent pitcher when the offseason began back in November, and he’s the biggest free agent still left on the board here in February. That could finally be changing, as highly-connected New York source, Andy Martino, is hearing about movement towards the Mets. And he’s not alone (Jon Heyman, Robert Murray, Mark Feinsand).

There is a lot of talk in the industry right now that Trevor Bauer and the Mets are quite serious. Neither player nor team side is confirming anything. Reporter has his spidey sense tingling tho. That's all I have for you for now.

Mets initial offer to Bauer was approx 4 years with an AAV in mid to low 30s. Also had opt outs. Educated guess that they could also bring the AAV a bit up, perhaps the years down and/or opt out after year 1.

When the contract talk starts spilling over into the public eye, it usually means discussions are serious. In fact, Heyman believes that they’re expected to find a resolution “in the next 24 hours or so.”

The Mets always seemed like a logical landing spot for Bauer, though I will say my expectations dropped down a bit when they (1) traded for Carlos Carrasco, (2) added depth in Joey Lucchesi (from the Pirates) and Jordan Yamamoto (from the Marlins), and (3) felt pushback against signing Bauer after the Jared Porter scandal.

But with Noah Syndergaard not expected back until mid-season and Marcus Stroman having opted out of the 2020 entirely – plus the industry expectation that most pitchers will not be able to make the a healthy/effective leap from 12 starts to 32 in one year – some additional rotation depth is more than understandable. And if it’s impactful, too? When you’re trying to push hard with a new owner? You can see the fit.

But despite all the smoke in New York, there is at least one report that the Dodgers are still in this horserace, with a decision likely coming soon. And even Martino concedes that if Bauer does take an offer in the 2-3 year range (presumably shorter deal than the Mets have on the table), then they could have competition.

I’m going to guess Bauer’s agent is talking about the Mets and Dodgers:

How About Jackie Bradley, Jr.’s Market?

But the Mets aren’t done shopping. Remember, they’re still looking for a right-handed center fielder, but the best remaining free agent that fits that description, Jackie Bradley Jr., is apparently seeking something SIGNIFICANT.

Hard to pinpoint where the Mets are in negotiations with Jackie Bradley Jr., right now, but he has been seeking a significant contract, perhaps beyond four years.

It’s not that Bradley Jr., 30, isn’t deserving of a multi-year contract, I just did not expect to see him look for something this big. He had a nice 2020 season (120 wRC+), sure, but that was after three straight years of offensive mediocrity and superb center field defense. At the same time, he was about 20% better than league average back in 2015-2016, he’s exactly what the Mets are looking for, and he knows they have money. Maybe he’ll get it out of them. We’ll see.

Cardinals and Phillies in on Starting Pitchers

Earlier today, word broke that the Cardinals were sniffing around Jake Odorizzi, in a way that leads us to believe there’s something more than just smoke there. However, Odorizzi is not the only starter in that tier(-ish).

James Paxton and Taijuan Walker are both also available, and all three are drawing interest not only from St. Louis, but also the Phillies.

Trevor Bauer, of course, is THE top remaining free-agent starter, but neither of these teams appear to be playing in that market. I should have said Odorizzi, Paxton and Walker are the top starters in the range PHI/STL are considering. https://t.co/TwELhEx8mr

As Brett mentioned earlier, a marriage like this makes a whole lot of sense for the Cardinals:

In addition to having their payroll situation understood, it would make a lot of sense for the Cardinals to go for Odorizzi right now. They’ve got one more year of Wainwright and Molina, they are paying zero in salary for Nolan Arenado (who could (but won’t) opt out after this year), and eventually you start projecting decline for Paul Goldschmidt.

Oh, also? The NL Central will probably stink. Good time to push in, and the Cardinals could easily use another starter.

Odorizzi, 30, is one of these guys who has long been loved and coveted by teams that could see his potential just waiting there for a breakout (Cubs were in on him many times back when he was with the Rays), and it finally came after a velocity bump in 2019 with the Twins. He was injured last year, but the expectation among pursuers remains that he could be very, very good over the next few years.