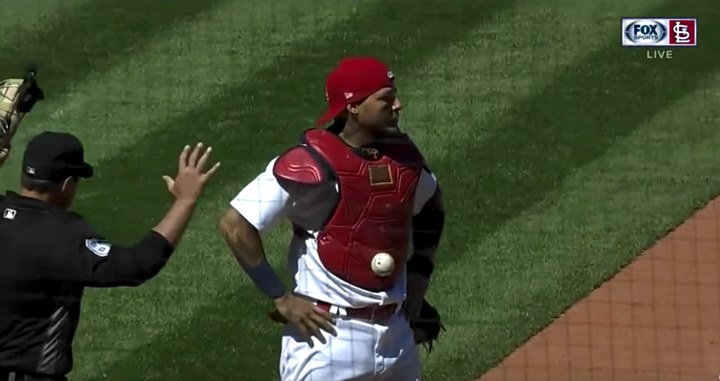 The air of inevitability has hung thick and sticky like excessive pine tar on a chest protector, and at last, it seems a deal will be completed soon.

Yadi Molina won’t actually leave the only organization he’s ever known, because obviously he was never going to:

The inevitable is near. The Cardinals are close to bringing back free-agent catcher Yadier Molina, a source tells @TheAthletic.

#Cardinals and Molina neared an agreement before he left for Caribbean Series, and both sides planned to get it completed when he returned, as has been reported numerous times in STL and @stltoday over the past eight days.

Yadier Molina's IG photo of him and Wainwright was 1st. https://t.co/Otcnv8PNsw

The question has always been: would Yadi’s daliance in free agency force the Cardinals to go to two years? That’s what he wanted all along, but the whole dance was so transparent that the Cardinals never really had a need to go to two.

I guess we’ll find out, but I’m expecting a substantial one-year contract, and I’m also expecting Molina to remain an important part of the Cardinals’ overall success in ways we can’t entirely quantify. I know that shit is annoying, but, particularly with catchers – working with the staff, and adjusting throughout games – it’s just true.

UPDATE: This sounds about right:

Yadier Molina agreement with Cards is for $9M