Spring Rosters, Happ and the Shift, Pederson, Prospect Development, and Other Cubs Bullets Skip to content 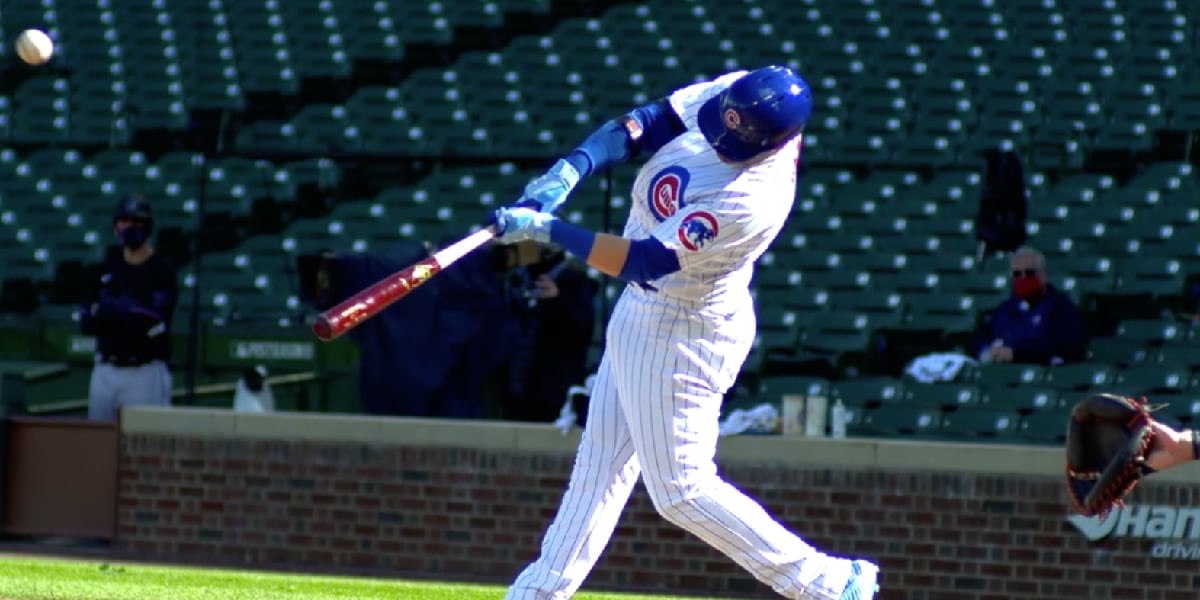 No inside info on this one, but I feel like today we’re gonna get word on the Cubs adding another pitcher. It’s just a week before pitchers and catchers, and both the team and the pitcher are gonna want a little breathing room to get a deal done and start settling into the next year of life. Throw in the fact that players are supposed to start a quarantine five days before heading to camp, and 75-man initial camp rosters are coming by Friday – it just feels about right on the timing. We know that SOME other pitcher is being signed.

•   Speaking of those rosters, Bryan is a beautifully crazy person and attempted to put together a list of 75 names who could come to big league Spring Training this year:

Per Rosenthal’s reporting, Cubs have to submit an up-to-75-person list by Feb 12 that will be eligible to participate in the first phase of Spring Training. This group of 75 is condensed to 54 (26 to MLB and 28 to AAA/ATS) by Opening Day. I attempted a rough draft of 75 names. pic.twitter.com/mqqLzBhnbX

•   I’m doubting that we’ll see a list of 75 names come out on Friday – it’s *up to* 75 names, but it’ll be interesting to find out which non-roster invitees are coming this year. That’s true every year, though.

•   Jed Hoyer laid out exactly what the Cubs told Joc Pederson about his chance to play every day, rather than be the strict platoon guy he’s been so far in his career (Cubs.com): “We talked about what that would look like,” Hoyer said. “We said, ‘We’ll definitely give you the opportunity to play every day. I think when we do give you a day off it’ll be against a tough lefty or something like that. But otherwise, we’ll let you come to the ballpark every day knowing your name is going to be in there.’ And that’s what he wanted.” I tentatively expect Pederson will get the first half of the season to face a lot of lefties – against whom he’s posted truly abysmal numbers so far in his career – and the Cubs will reevaluate from there. Part of getting Pederson to sign on a modest deal in the first place was telling him you’d give him this legit chance, so we’ll have to not get too pissed if he is struggling against lefties in April and May. If you tell a free agent something to get him to sign, man, you better live up to it – in this case, it just feels like a full and fair opportunity to see what kind of at bats he’s putting together against lefties for at least the first couple months.

•   Ian Happ (who hits better against the shift than not, though that’s probably partly because of his L/R splits) gives you a hitter’s perspective on what’s going on with his approach thanks to the extreme shift:

Spend two minutes listening to @Cubs OF Ian Happ and you may change your view completely on whether MLB needs to restrict the shift.

•   That about sums it up for me. When you allow the extreme shift, you’re telling the hitter that he should try to hit a home run, even at the risk of striking out. You’re *strongly encouraging* three true outcome baseball (walks, strikeouts, homers), which we’re increasingly deciding is not making for the most enjoyable version of the game (i.e., so much less action on the field). So forget about the plays into the shift when talking about this issue. That’s not the problem. The problem is *how it changes the way batters approach the entire game.* To me, that’s why the extreme shift needs to die. My bigger thoughts on that here:

Apropos of @ihapp_1's comments on how he, as a smart hitter, approaches the extreme shift, let me re-up why I'm saying it needs to die. It's not quite what you think of first. https://t.co/Yb6igasoWT

•   Over at Ivy Futures, Greg Zumach talked to Cubs catching prospect Ethan Hearn about his time so far in the Cubs’ system, and I found interesting this description of how the Cubs’ new hitting development infrastructure operates: “Ethan went on to provide more insight into how Justin Stone and the rest of the hitting gurus impact batters in the organization. Unlike a few very strong organizations with solid hitting infrastructures, the Cubs don’t exert a ‘one-size fits all’ approach. Instead, Stone and company want each individual hitter’s body dictate how their swing should move. ‘There’s certain swings, your body naturally goes into so everything now with [Justin Stone] that I feel like for me, there’s not one set way. Everyone is different.’ Hearn said, ‘Nobody’s body moves the same as somebody else’s body. So instead of forcing [you to change and saying] ‘well, you need to have your hands here, just because this looks better’. It’s kind of like ‘you should move your hands here because this is where your body wants to be’. And so you’re adjusting your swing to you instead of adjusting the swing just because you want it to be adjusted.'” You love to hear that the Cubs are focusing first on the body, and adjusting a player to max out his particular ability to put together a good, repeatable, healthy swing, rather than working first from the swing. Great stuff in that piece on Hearn.

•   Speaking of Hearn, he showed up at number 24 in our new pre-2021 Cubs prospect rankings, the second set of which will be coming later today.

•   MLB is trying to improve its sexual harassment policies:

News: MLB has updated its harassment and discrimination policies in wake of Jared Porter and Mickey Callaway investigations. https://t.co/e2Leqt4625

•   I tend to think Wrigley Field is a little trickier for this than the average sports stadium that comes attached to a massive parking lot, but if there’s a way to coordinate this with traffic, parking, and the season schedule, of course make it happen:

Mass vaccination sites at Wrigley Field and the United Center could happen — when the city gets more doses this spring and summer. https://t.co/vAUrAJKwlF

•   Hell, when we reach the point where anyone who wants a vaccine can get one, why not have a giveaway night at a Cubs game? Everyone gets a needle and pokes themselves during the Seventh Inning Stretch! (Obviously I kid, but, anyway, yeah, let’s get as many people vaccinated as conveniently as possible, please and thanks.)

Wake up to Pius Suter's GORGEOUS game-winner on a loop. pic.twitter.com/rIxRZJJdOB