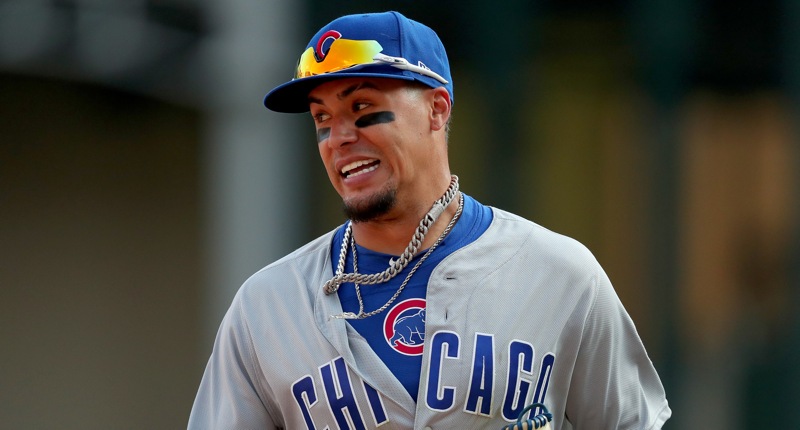 FanGraphs has released its initial playoff odds projections, and in the current format – five teams per league – the Cubs’ odds of making the playoffs are extremely low, thanks to a projected 79-83 record. The Cubs have a mere 22.0% chance of making the postseason as the teams are currently constructed, per FanGraphs.

I can’t say I was surprised to see the Cubs 2021 playoff odds fall behind the Cardinals and Brewers in the NL Central, even despite PECOTA’s generous projections for the upcoming season, but I will say I didn’t quite expect them to be this low, isolation:

The Cubs have their worst preseason playoff odds in a half-decade (data via @fangraphs).

That is not even close.

FanGraphs data doesn’t go back any further than that, but I’d guess the Cubs were ranked third before the 2015 season, as well, with similarly long-odds to make the postseason. They obviously had an impressive run that year – all the way to the NLCS – but they did finish third in the division behind the Cardinals and Pirates. Point here being, these are likely the Cubs’ worst preseason odds in FIVE or SIX full seasons. Ouch.

And unfortunately, I don’t see any of the additions they plan to make before the season boosting those odds in any meaningful way. In fact, given the ongoing possibility of a major trade, as well as the possibility that the Cardinals could add a pitcher of their own (to say nothing of the Justin Turner Brewers stuff), I’d bet the Cubs’ odds are just as likely to get worse as they are to improve.

Now, it isn’t all strictly bad news. In the division, the Cardinals (36.2%) and Brewers (35.5%), and, heck, the Reds (18.5%) are all bunched up with generally low odds to reach the playoffs, buuuuut that actually reveals a different hurdle: the wild card.

Take a look at that Wild Card win column. Put simply, if any NL Central team hopes to play meaningful baseball in October in the current format, these projections would say, “You better win the division.” Narratively, we may have already known this to be true – the NL Central is WEAK, even after the additions of Joc Pederson (Cubs), Kolten Wong (Brewers), and Nolan Arenado (Cardinals) – but seeing the actual wild card odds laid out like that is still sobering.

You might start trying to talk yourself into the unbalanced schedule helping an NL Central team, but don’t think about it too hard. One of the Padres or Dodgers will win the West, while the runner-up is VERY likely to take one of the remaining Wild Card slots. After that, *FOUR* NL East teams and another NL West Team are listed before a single NL Central squad makes an appearance. The other teams are just that much better on paper.

In 2020, there were eight teams in the playoffs from each league *and* the Cubs had the benefit of playing only their NL and AL Central foes. In 2021, there will be only five playoff teams in each league and the Cubs will have to face many better teams from each NL division throughout the season. The only good news is that their AL matchups this year could be a lot worse: Indians (4), Tigers (3), White Sox (6), Royals (3), Twins (4).

The Tigers, Indians, and Royals don’t present any unique challenges. The Cubs play the Twins just four times, and while the White Sox probably have a pretty great team, there’s something about those games that tend to throw projections and expectations out the window. As we sit here today, I think the Sox have a better roster than the Cubs, but I’d have exactly no trouble believing the Cubs would come out on top in that six-game season-series.

The NL East, by contrast, will have to face the AL East, featuring tough squads in Toronto, New York, and Tampa Bay. And the NL West has to square up against the Astros, Angels, and A’s. All things considered, the AL Central is probably an easier match.

But of course all of this has already been taken into account, and, again, the Cubs could still get worse from here. So, yeah, as you might have expected/feared, these are the tallest playoff odds the Cubs have faced since before their window was opened more than five years ago.