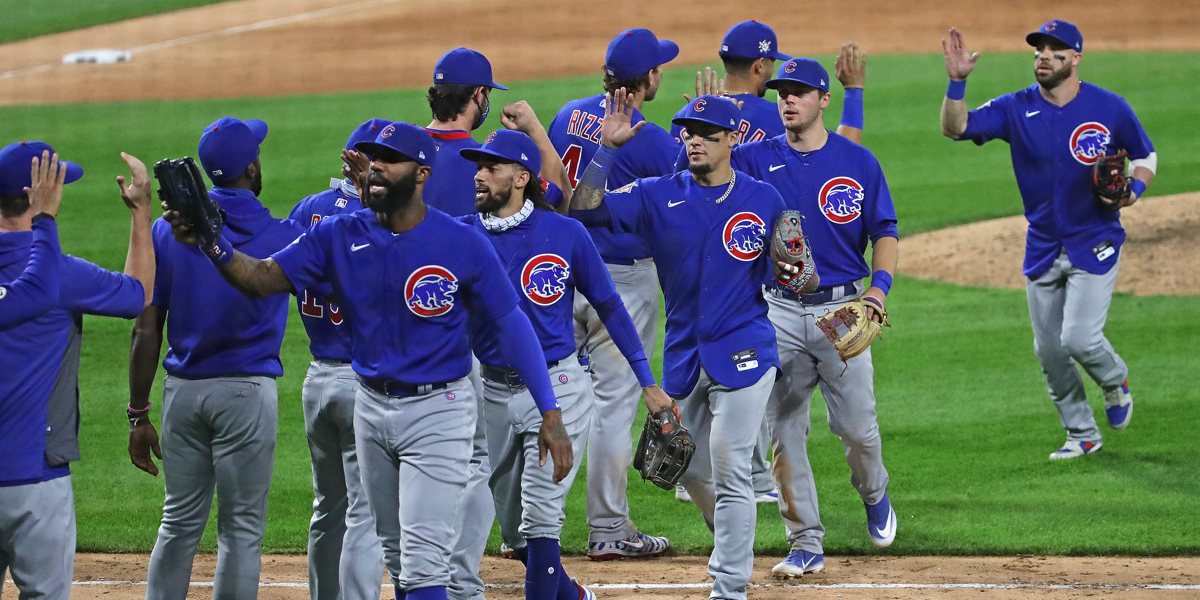 The Chicago Cubs probably aren’t that much worse on paper heading into 2021 than they were heading into 2020. I know that has the feel of something a total homer might say, but stay with me for a moment.

What the Cubs have not done this offseason is improve. And that is its own problem, worthy of criticism when the team is otherwise heading into a winnable division in a winnable season with a roster half full of guys in their walk years. Criticize away, and I’ll be right there alongside you.

But when it comes to evaluating how much worse the Cubs are on paper, it’s like … kinda almost the same? The big change, obviously, is the loss of Yu Darvish, but for 2021, he was swapped out with Zach Davies. A downgrade, absolutely. But you’re talking about a ZiPS projection difference of just one win.

That’s not a defense of the offseason or the plan for 2021. I really think the Cubs missed out, for example, by not adding another bat at second base. I also think the Cubs may have been better off selling more if they were going this route.

But if the (questionable) goal was to sell a little, not spend a lot, maybe get a different style bat or two into the lineup, and mostly keep the talent level equivalent, well, mission accomplished?

Anyway, that’s all setup to a response in the recent anonymous survey of folks in baseball conducted by Jayson Stark at The Athletic:

THE SIX MOST UNIMPROVED NL TEAMS

SURVEY SAID: What a great look, that everyone in the NL Central got votes in this category except the Cardinals. Almost nobody in this division is even trying, and it offends the front offices that are. “This whole thing is starting to stink,” said an NL exec. “It’s un-American.”

“Most Unimproved” is a weird way of saying it, because you could argue that any team that didn’t clearly improve is, like, tied for most unimproved. You know, because the absolute most you could “unimprove” is 0. Or, actually, is it infinity? Anyway, I take the responses to mean the teams that stepped back the most, which is why you get the responses you get.

The Rockies, having added no one, and having paid the Cardinals to take Nolan Arenado, justifiably sit on top of the responses. The Pirates would probably have been my top choice, because they worked EXTREMELY hard to get EXTREMELY bad this offseason, far moreso than the Rockies. The Reds are a fair inclusion, too, given their losses in the rotation and the bullpen, and nothing meaningful done to replace them. The Diamondbacks are fair, too, because they’ve done almost nothing. The Brewers are a bit of a weird one, because the Kolten Wong signing was a nice move in my book.

Then you have the Cubs there in the middle. Again, I get it narratively speaking, because of the way the offseason – and how we discussed it – played out. And, moreover, by the strict wording there, the Cubs *ARE* one of the “most unimproved” teams. They didn’t improve on paper at all! So that’s, you know, a high level of unimproving!

But, meh. Like I said all through the outset of this post, I think the level of diminishment has probably been overstated a bit, including by me at times this offseason. I think opportunities were missed, and I also think running it mostly back like this is a dodgy choice. But the Cubs are not an overwhelmingly old roster, and they replaced most of their losses with lateral moves. An on paper projection for this club, versus the club that opened things up last year, might reasonably peg the group for oh, two to four wins fewer, and most of that is based on the perceived downward trajectory of guys like Kris Bryant, Javy Báez, and Anthony Rizzo, based on their performance last year. Does that count as “unimproving,” too? Bah. Not really.

So, in conclusion: whatever. The Cubs did not improve themselves at the big league level this offseason. At best, they stayed almost lateral.