Is Kyle Hendricks Better Suited for the Innings Bump Than Most? Skip to content 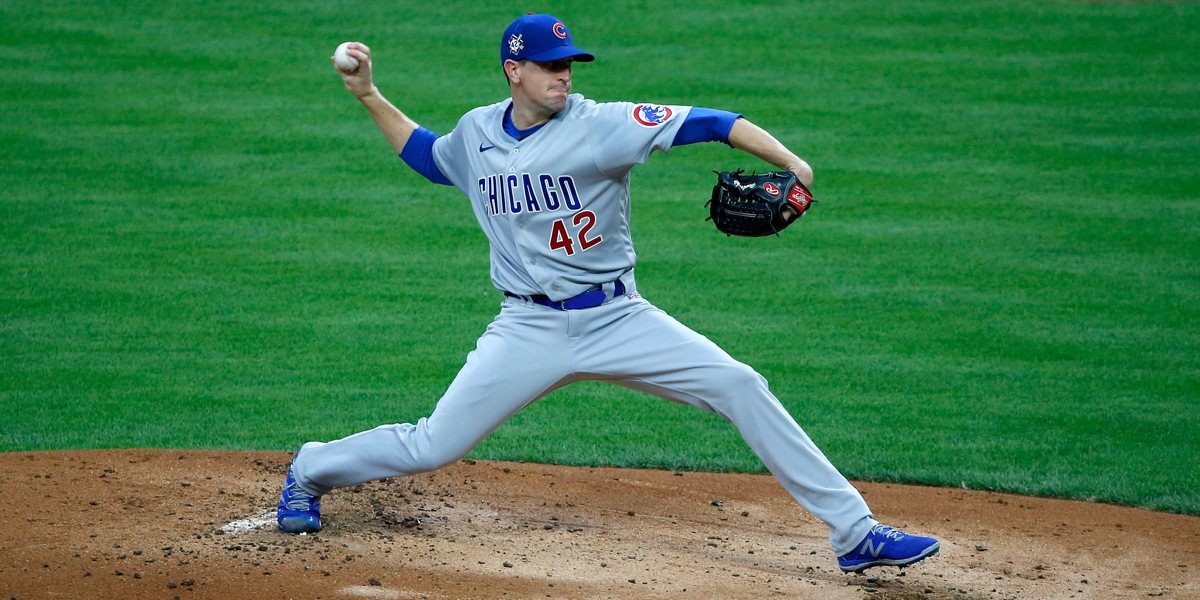 No team in 2021 is going to be able to run out a “normal” five-man rotation for the whole year, letting that group go six-ish innings every five days, and just cruise from there. Heck, it’s tough enough to rely on that kind of setup in a typical season, but doing after even the most aggressively-deployed starters got under 100 game innings last year? No chance.

That said, a little bit from Jim Deshaies got me wondering whether the Cubs might have a slight advantage on this front:

For a guy like Hendricks, who is a low-velocity guy intentionally keeping his delivery under very careful control, you do wonder if there’s less stress in a big innings bump. (Maybe you think about the same for Zach Davies, Alec Mills, and Trevor Williams, too?)

I also wondered just how much of a bump we’re talking about for Hendricks, whose 81.1 innings of regular season action were second most in the NL. After all, he also threw some Spring Training games, a Spring Training 2.0 game, and threw in the postseason. That right there gets him about another 20 innings in the calendar year. Throw in some innings during the shutdown, and the Cubs are estimating that Hendricks got in about 120 innings of game-ish work last year.

The biggest bump of Hendricks’ career came from 2017 (injury) to 2018, when he increased his regular season workload by 60 innings. In a typical year, Hendricks throws about 180 regular season innings, so if he was at 120-ish last year … maybe he could bump back up to a normal years’ worth of innings?

That still feels pretty aggressive to me, but again, when it’s a lower-impact delivery, maybe that makes it all the more possible? Hendricks says he wants a full workload, but I expect the Cubs will be very cautious about that, especially on the chance that they could need him in October.

My best guess on how you protect a guy like Hendricks, who can give you more innings than most in 2021, but who can’t be optioned or sent to the bullpen or anything like that, is that the Cubs will take advantage of extra days off to stretch the rotation a bit (instead of skipping a fringe guy’s start to keep someone like Hendricks on normal rest). I also think it’s possible we’ll see guys like him skip a start at some point midseason by way of a soft Injured List stint (since it’s only 10 days, you miss just one start).