Maybin and the Bench Competition, Kimbrel and Tips, Thor Versus Bauer, and Other Cubs Bullets Skip to content 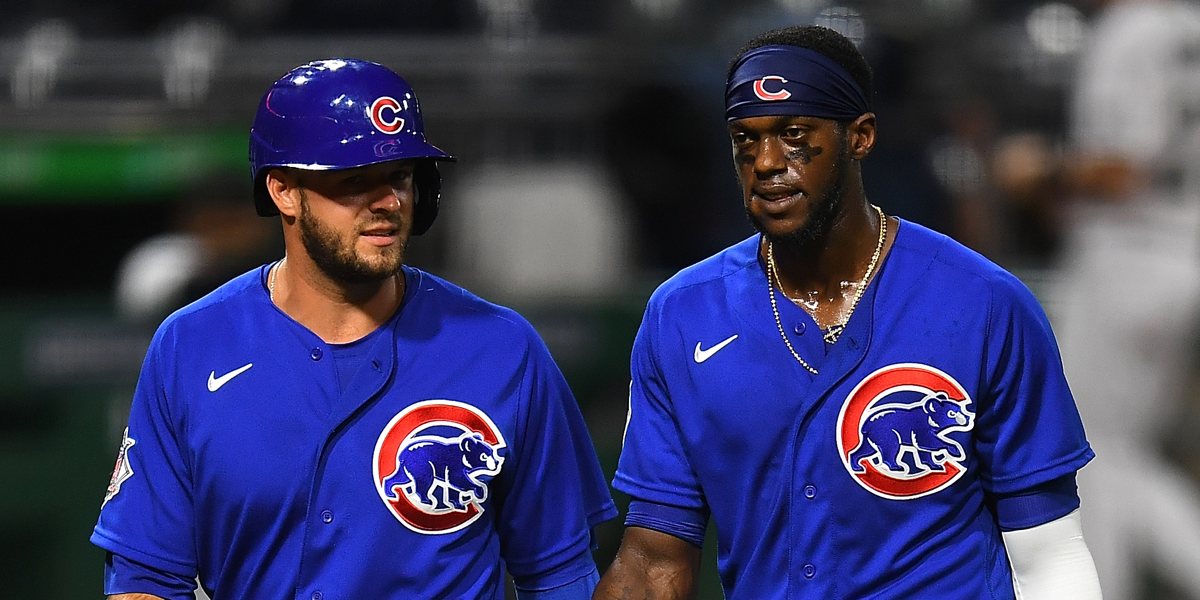 Here’s hoping the temperatures rising in the south will help the awful situations down in Texas. Feel so bad for everyone whose communities are simply not set up to handle these kinds of extreme nature shifts.

•   Ultimately, Maybin will be competing with virtually all the other bench candidates, because Kris Bryant’s ability to play the corner outfield spots means the infield bench candidates are – by virtue of that movement – no different from outfield bench candidates, at least at the back of the roster. Jake Marisnick, when his signing is official, is highly likely to make the team as the 4th outfielder, and David Bote is obviously making the team. Ditto Austin Romine as the back-up catcher. So Maybin is mostly going to be competing with guys like Phillip Ervin (outfielder), Michael Hermosillo (outfielder), Nick Martini (outfielder), Ian Miller (outfielder/base-runner), (Rafael Ortega (outfielder), Matt Duffy (infielder), Ildemaro Vargas (infielder), and Patrick Wisdom (infielder). Oh, and really? You could put Nico Hoerner in there, too, since it remains possible he’ll head to AAA Iowa to open the season. It’s a really, really big group for maybe two spots.

•   Craig Kimbrel, who’ll enter the season as the Cubs closer, was pitching SO well by the end of last season that the focus of his offseason hasn’t been about improving anything – it’s just been about trying to keep his mechanics locked in (Cubs.com): “I definitely had to put in some work physically and mentally,” Kimbrel said, “to get back to where I needed to be, and was able to do that. So, going into this offseason, it wasn’t, ‘Oh, I need to do this better. I need to get stronger. I need to get faster. I need to work on a new pitch.’ It really was, ‘OK, what did I do last year to get back to being successful? And how do I stay there?'”

•   Kimbrel confirmed, by the way, that part of his mechanical issues last year were related to the way he was showing his pitches. Possibly tipping them. Remember how we were tracking the fact that his signature curveball was generating no swings – not few swings, but no swings – for weeks at a time early on? Well, we figured it was because hitters could see out of his hand when he was throwing it, so they just decided flat out not to swing when he was throwing curve (which he also wasn’t throw in the zone for get-me-over strikes). I still remember the first swing he got on a curve after he was semi-shut-down to work on mechanics, and it was like OMG THAT DUDE JUST SWUNG AT A CURVEBALL! … and it was like magic, from there, Kimbrel was Kimbrel again.

•   Much more on Kimbrel and his work over the last couple years here at The Athletic.

•   Also, on Kimbrel as a veteran leader:

I think data-inclined folks are too quick to poo-poo this kind of soft advantage stuff. Do you REALLY think it's not valuable having a guy like Craig Kimbrel around the Cubs' other pitchers? (Heck, he taught *Yu Darvish* his knuckle curve!) https://t.co/M1ETwfLFMO

History of Players vs. Cubs in arbitration hearings:

•   Noah Syndergaard made a joke about Trevor Bauer’s oopsie (his website appeared to announce he was picking the Mets, but he wasn’t), and Bauer isn’t exactly the joking type apparently:

And then he said……”I’m sorry I chose another team but I’ll donate to your charities!” https://t.co/Kxkje5Uqn2

When mistakes are made, you try to make them right. I know you wouldn’t know anything about making mistakes though. Hope rehab is treating you well. Was good to see you back throwing. https://t.co/MI0Clq567u

Also, @Noahsyndergaard, try to treat the fans better. They’re what makes our game go. No place for personal insults, especially about someone else’s wife. pic.twitter.com/I3FaZbR224

You bring a drone and your mixtape and it’s a deal. #takeajokebro https://t.co/iAPPv3Kj0e

•   Willson Contreras, doing good so that you can do good, too:

Plunge, plunge, plunge for the home team! Like @WContreras40 said, it's away to make a difference in the lives of #SpecialOlympics athletes in Illinois. Sign up at https://t.co/eSYA221KF7 to help build a world of inclusion. #BeBoldGetCold #choosetoinclude @Cubs @SpecialOlympics pic.twitter.com/q4XmeDFMbx

•   Randomly got a kick out of this as I was scrolling IG – double-tapped for the like, and the heart showed up right on the spot:

When you like this picture on Cubs IG, it fits perfectly, haha: pic.twitter.com/i6O2KINJAg

•   Still time to enter – all you have to do is follow Fergie, BN, and then smack the RT:

All you have to do is follow @fergieajenkins and @BleacherNation, and smack that RT button!

Random winner announced Sunday, and Fergie will mail it out to you! pic.twitter.com/8uuAcfPpuM