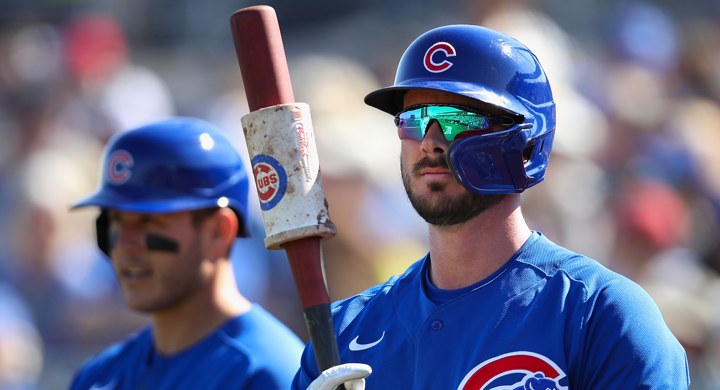 The latest set of pre-season win total projections is out, this time from ESPN, where the Chicago Cubs are treated much more kindly than they have been by other services, which generally see a mid-80s-win team at best. And the over-unders from Vegas aren’t even sure they see a .500 team.

Coming in at 89.7 wins, the 8th highest simulated win total in baseball, the Cubs are projected by ESPN as the best team in the NL Central. Even by the “power ranking” that adjusts for, I don’t know, something, the Cubs come in at number 10. Clearly, they see something others do not.

Their simulated win total is nearly the same as the Mets and just shy of the Padres. It seems … aggressive. Here’s how ESPN explained the results for the Cubs:

For all of the caterwauling (including plenty by yours truly) about the Cubs’ offseason, they end up with a roster that looks poised to tread water over what they finished last season with. That’s good enough to mark the Cubs as the favorite to repeat in the NL Central. The late-winter blitz that saw the previously complacent Chicago shift its approach with the additions of Joc Pederson, Jake Arrieta, Trevor Williams and Brandon Workman boosted the short-term outlook for the Cubs.

Run prevention is the strength of this club. Beyond Kyle Hendricks, the Cubs’ staff has less name recognition than last year’s, but the overall picture is one of average or slightly better than average performers and few gaping holes. The team defense looks strong, which is crucial for a staff led by Hendricks, Arrieta and Zach Davies. However, whether the Cubs simply emerge as the best team in a bad division or rise to challenge the beasts of the NL will depend on a thin offense that looks heavy on strikeouts but lacks the collective power to justify all the swing and miss.

As we’ve discussed, the Cubs’ probably-quite-good defense is going to help the pitching staff a lot this year, but will it be enough to turn a makeshift rotation into a passable one? I can talk myself into seeing an above-average offense and bullpen this year, but I have a really, really hard time seeing an overall average or better rotation. It would just require SO much good health and SO many 80th percentile performances from bounce-back guys and inexperienced guys. I’m not saying it can’t happen. I’m just saying it certainly wouldn’t be my baseline. And the rotation is going to have to surprise for the Cubs to tickle 90 wins.