Why Willson Contreras Liked All Those Trade Rumors, Extension Considerations, and Other Cubs Bullets Skip to content 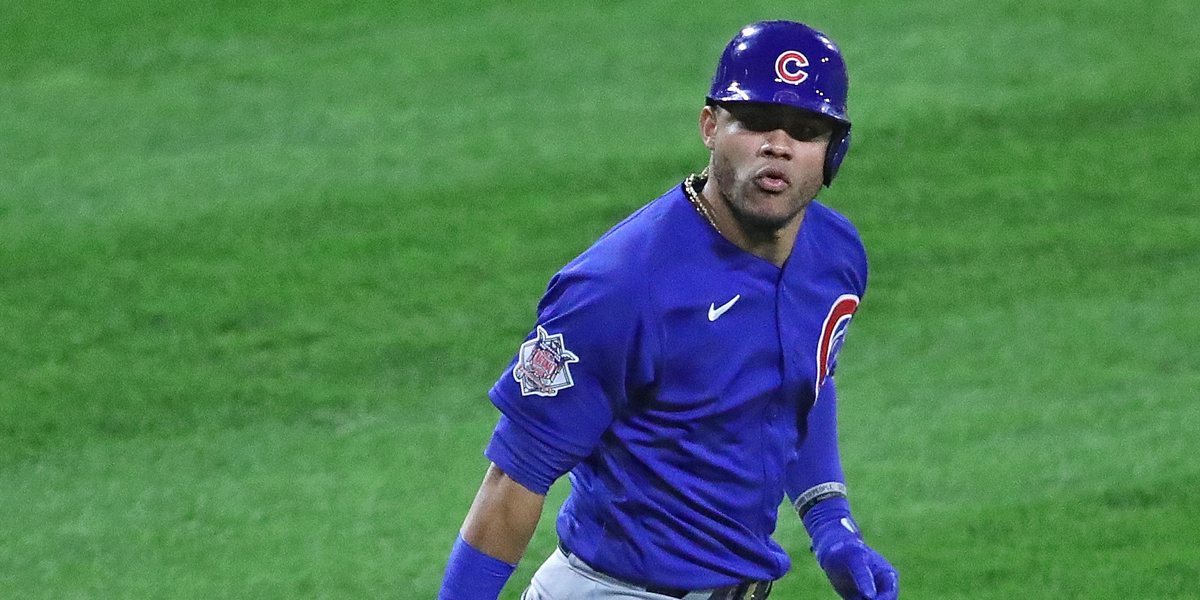 Made some eggplant parmesan last night. It was fine. It’s name sounds a lot fancier and better than it is.

•   Remember how Willson Contreras was “liking” all kinds of trade rumors on Twitter this offseason, and folks didn’t know exactly how to take it? Well, Contreras is here to say you can take it very literally (NBC): “Those rumors didn’t bother me. It’s the other way. Those rumors make me proud, because with everything that I’ve done to be where I’m at, it makes me proud.” Darn straight. When you’ve worked hard to make yourself one of the best catchers in baseball, so good that multiple teams would love to acquire you, then you SHOULD be proud of those rumors. That isn’t to say that the constant swirl might not also be a hard thing to deal with at times – Kris Bryant has laid that out – but if you stunk, other teams wouldn’t talk about you at all. It’s kinda like a parallel version of the wonderful Alfonso Soriano quote: “They don’t boo nobodies.”

•   As for extension talks with the Cubs, the 28-year-old catcher – two years away from free agency – is open to it: “Obviously, I’m willing to listen to whatever they have, but I think my main focus is on this year with the team and trying to have a great year for all of us. I’m just not thinking about it. If they come to me and want to talk about it, I’m open to it. I’ve been with this [organization] for 13 years now. It’s going to make me feel good if they have that in mind, for sure.”

•   Contreras turns 29 in May, so the Cubs currently have his rights via arbitration for his age 29 and 30 seasons. Extensions for catchers after age 30 are a tricky thing, because the guys who can last and produce well into their 30s are rare (but very, very valuable). My guess is if the Cubs were looking at a Contreras extension, it would probably be relatively short-term, and maybe not in a range that will make sense for Contreras. Yes, maybe he wants the security of that one big pay-day now, but he also might look at that J.T. Realmuto nine-figure contract in free agency and think, yes, I can also get a huge deal in two years. The catch there is that Realmuto is a year younger now than Contreras will be then. It’s just a tricky spot for an extension that will leave both sides feeling comfortable, but I would definitely be interested in seeing them try. (Added trickiness: Miguel Amaya already on the 40-man roster, electronic strike zone might arrive in a year or two neutering all of Contreras’s newfound framing value.)

•   Kyle Hendricks was happy to see fans back in the stands yesterday, the first time the Cubs had played in front of fans in nearly a year (Cubs.com): “You hear everything,” Hendricks said with a smile. “It was just back to somewhat of normal. It was super exciting. Walking out there and seeing fans in the stands, having people cheer, we obviously really, really missed that. You saw it from all the guys.”

•   Vintage Cubs prints make for some fun looks back:

•   Harry Caray’s calls will get you every time:

Harry Caray was born this day in 1914. And man could he call a walk-off shot. pic.twitter.com/EN6LICCO5p