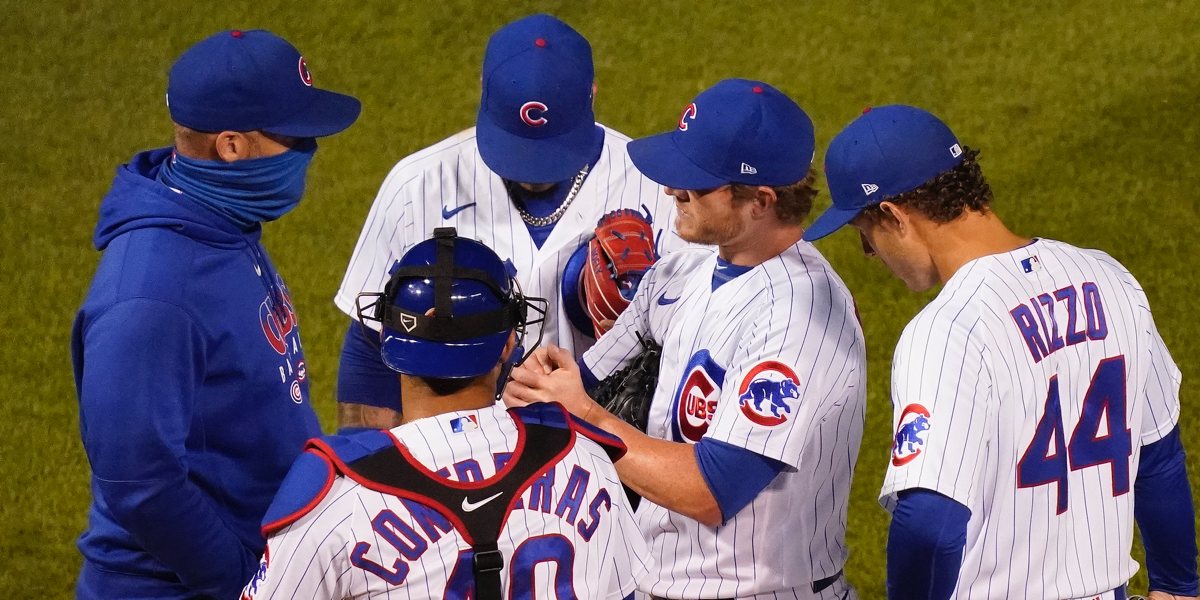 Ah, Spring Forward. You used to bother me so much – like I’d just lost an hour of the day! – but now it just means I’m an hour closer to dessert as soon as I wake up.

•   Craig Kimbrel looked alarmingly bad on Friday, and since he’s looked worse each time out this spring, early optimism about him just ramping up his velocity has faded into … is he actually going to get himself ready to go for April, or what? I’m much less certain than I was a couple weeks ago, because I didn’t expect him to get even more out of whack.

•   It sounds like the alarm wasn’t just us watching at home, either. Here’s David Ross (NBC): “[Friday was] the first day I thought kind of looked a little like some of the older characteristics that we identified last year. I think that’s what they’re kind of looking at this morning and trying to reevaluate those keys …. [Friday] was probably one of the outings that most resembled some of his struggles. That second, third outing for a lot of these guys have not been sharp for most of them. So, I think Craig falls in that category as well. The ball just wasn’t coming out like it normally could. It didn’t look like it had much behind it in general. Even though the radar gun said 94, 95 [mph] it just wasn’t so explosive as it normally is.” Yeeeeep. That’s a manager saying about as much as you’ll hear him say publicly when he’s concerned about a guy. Sounds a lot like last year.

•   The good news is that it’s Spring Training, and if Kimbrel looked mucked up in the same way he looked last July, well, that means he can be fixed! Because he did get fixed! So hopefully he and the Cubs can work through that over the next few weeks to once again get him where he needs to be. In the meantime, though, I’d say we’ve reached the point of concern. Wherever Kimbrel got himself mechanically last September, it seems he lost it again in the interim.

•   As we’ve discussed, if the Cubs are going with a mere four-man bench to open the season, things get especially tight if Nico Hoerner is the starting second baseman. Hoerner no doubt understands it, and also sees the arrival of veteran Eric Sogard, a guy who might not be able to make the team if Hoerner does. But Hoerner can’t worry about it (The Athletic): “It’s pretty simple. The team is doing everything they can to set the season up to be successful, just like I am. It doesn’t change anything on my end as far as the work I do. The team’s always going to do whatever they can to win games, so that’s out of my control.” The balance is about keeping as many guys in the org as possible, while also winning games in the short-term, and also doing whatever is necessary to get the most long-term development out of Hoerner, who is pretty darn important to the Cubs’ next five years if they are going to not fall off a cliff after this season.

•   Adbert Alzolay’s immediate future might be decided by an arbitrator – specifically, the one ruling whether last season counted for purposes of players who would otherwise qualify for a fourth option year (Alzolay is one of them). A decision could come at any time now, but Alzolay tells NBC he’s trying not to think about it, because when he thinks about it, it becomes a distraction for his performance: “I don’t like putting [those] things on my mind,” he said. “If I put that pressure on my mind that, ‘Oh, my gosh, I’m going to get sent down,’ or this or that, that’s just going to distract me from my main focus, which is just to make the team and be in the big leagues.”

•   Either way, based on how the rotation schedule is sorting out, it looks like Alzolay may not “make the rotation” on Opening Day, but would instead pitch as a swing-man/multi-inning guy initially. Since his innings are going to have to be artificially capped this year anyway, it’s not necessarily a big deal whether Alzolay makes the rotation initially or not – he’ll get the innings he’ll get if the performance justifies it. Where it matters more is that he would be taking a spot in the bullpen, and the Cubs would be further crunched there in terms of keeping more players in the organization. If, by contrast, Alzolay has an option left, he probably gets optioned out initially, has his innings limited that way, and then joins the rotation eventually.

•   The Cubs’ current bullpen coach, Chris Young, was an assistant pitching coach with the Phillies in 2018 and then the pitching coach in 2019. That time obviously overlapped with the two full years of Jake Arrieta being in Philadelphia, and not being super successful. That leads to some ribbing: “We like to give C.Y. a lot of crap about messing up Arrieta when he got over there,” David Ross told The Athletic. “But it’s all in jest.” Oof! (In all seriousness, there are stories behind the scenes about the Phillies during that era – look at all the hirings and firings and transitions that took place – that strongly suggest guys like Young (and catching coach Craig Driver, whom the Cubs also poached) were not the issue …

•   Just sayin’, Francisco Lindor gets it:

•   Big news in the Bears and Bulls world with future implications, so make sure you follow us on Twitter here and here, and on FB:

Oh, Hello: The Bears Are Clearing More Than $23 Million in Cap Space By Restructuring Mack, Jackson, and Whitehair Dealshttps://t.co/uaDfP7422L

REPORT: The Bulls Plan to Move Coby White and Wendell Carter Jr. to the Benchhttps://t.co/GclPwQb9Sm