Ryne Sandberg Joining Marquee as an Analyst Skip to content 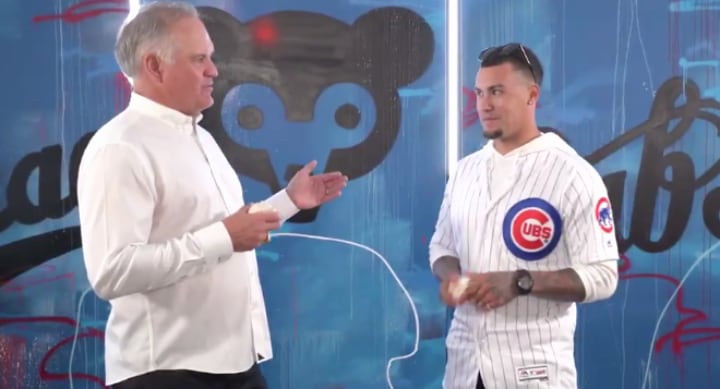 Chicago Cubs Hall of Famer Ryne Sandberg has been in the general fold of the Cubs organization for a little while now, post-Phillies managerial career. But he’ll now be a little more front-and-center, as he’s been added to the mix as an analyst for Marquee Sports Network.

Sandberg was elected to the National Baseball Hall of Fame in 2005 following a 16-season playing career, including 15 seasons with the Chicago Cubs. During his distinguished career, he was a 10-time All-Star, nine-time Gold Glove Award winner, seven-time Silver Slugger and 1984 N.L. MVP. All told, he hit 282 home runs, the most-ever by a Cubs second baseman. His number 23 was retired by the Cubs in 2005.

“I am absolutely thrilled to be joining the incredible team at Marquee Sports Network,” said Sandberg. “I look forward to offering insight and sharing my stories to further connect with Cubs fans across the country, and pass along knowledge to the next generation of athletes and fans.”

Sandberg authored many memorable moments during his time with the Cubs, including notably the “Ryne Sandberg Game,” June 23, 1984 vs. St. Louis. Sandberg went 5-for-6 with seven RBI, including game-tying homers in the ninth and 10th innings to propel Chicago to a 12-11 victory. Marquee Sports Network will have additional dedicated programming to Ryne’s career, including a special Ryne Sandberg Day of programming in September.

“Ryne’s play on the field will forever be a part of Cubs lore, while off the field Ryne has been an All-Star contributor to our community through his efforts with Cubs Charities and as a Cubs ambassador.  By joining the Marquee team, Ryne’s reach will expand again and Cubs fans will get the benefit of his incredible knowledge and passion for the game we all love,” said Cubs President of Business Operations, Crane Kenney.

“We’re pleased to have Ryne in the fold as a contributor to our network moving forward. Not only will he be popular among those fans who watched him play, but we look forward to further introducing him to the next generation of Cubs fans as well,” said Marquee Sports Network SVP Programming and Production, Mike Santini.