On the Overall Lack of Extensions in Baseball - Are Players Expecting a Huge Luxury Tax Bump? Skip to content 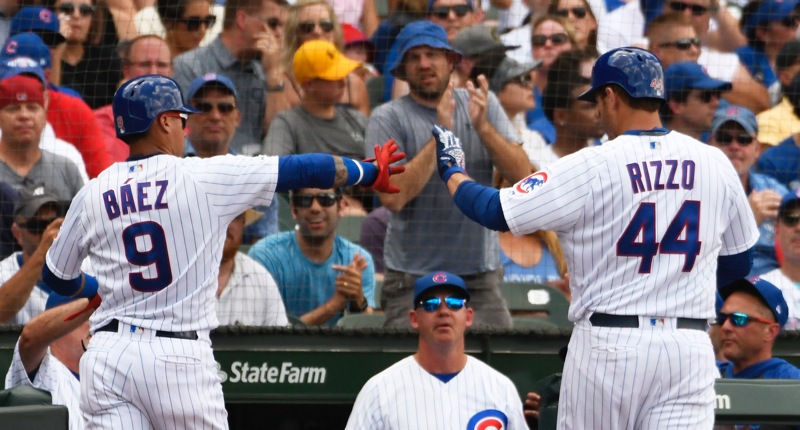 While I won’t back away from the idea that the Chicago Cubs were uniquely positioned to obviously get at least one extension done this offseason, I do think it’s fair to point out that their absence of extensions is hardly aberrant. It’s been Fernando Tatis, Jr., Lance McCullers, Jr., Sal Perez, Hunter Dozier, and Randy Dobnak. That’s literally it this offseason.

With a free agent class projected to be loaded, you would’ve expected a ton more movement on the extension front. Yet the whole league has seen a dearth of extension news from last year through now, attributable – according to most – to the pandemic’s impact on finances around baseball.

And not that that isn’t a factor, but I think the coming expiration of the Collective Bargaining Agreement is perhaps an even bigger factor, and Jeff Passan well-articulates part of the reason why:

The expiration of the collective bargaining agreement Dec. 1 looms large. Players believe the competitive-balance tax threshold — the luxury-tax number — will rise significantly, potentially juicing spending. They don’t want to lock into deals that might immediately be seen as under-market.

The reason, I think, that we haven’t seen that point offered up before is that the luxury tax in the current CBA serves as a de facto salary cap. It gives owners cover not to spend above it (at least not multiple years in a row) without providing the benefits that typically come with a salary-capped-system (better revenue sharing, salary floors, etc.). Personally, I’d been thinking we might see an entire overhaul of the spending system – including earlier arbitration and/or free agency for players – with a revenue-sharing model implemented a la the NBA and NFL. It’s a huge change, but it’s one that could wind up actually better providing for more younger players than the current system, and could help bring back the middle class of free agency.

But if the players are instead focused on luxury tax levels, that would seem to have much more of an impact on future free agents (and huge-money extension candidates). I won’t tell the players their business, but I sure hope there’s also a big focus on younger/more marginal players in the new system. For the most part, the players at the top of the pyramid have still gotten theirs the last few years. It’s the other guys who’ve been squeezed out.

In any case, a world where the luxury tax is still a thing in the new CBA means Average Annual Value is still a thing, and it means players and teams would be thinking very, very carefully about signing long-term extensions right now. Teams would probably keep their offers artificially low, citing the pandemic, and players would keep their asks artificially high, citing the CBA changes (again, if they’re focused on possible luxury tax movement).

For the Cubs, maybe that’s part of why they haven’t been able to land a deal yet with Anthony Rizzo or Javy Báez, with age/performance/face-of-franchise stuff further complicating matters. It doesn’t mean it’s OK – I want to see DEALS DONE for these guys at fair prices – but it’s clearly a factor that impacts these Cubs talks and extends out much wider than the Cubs.