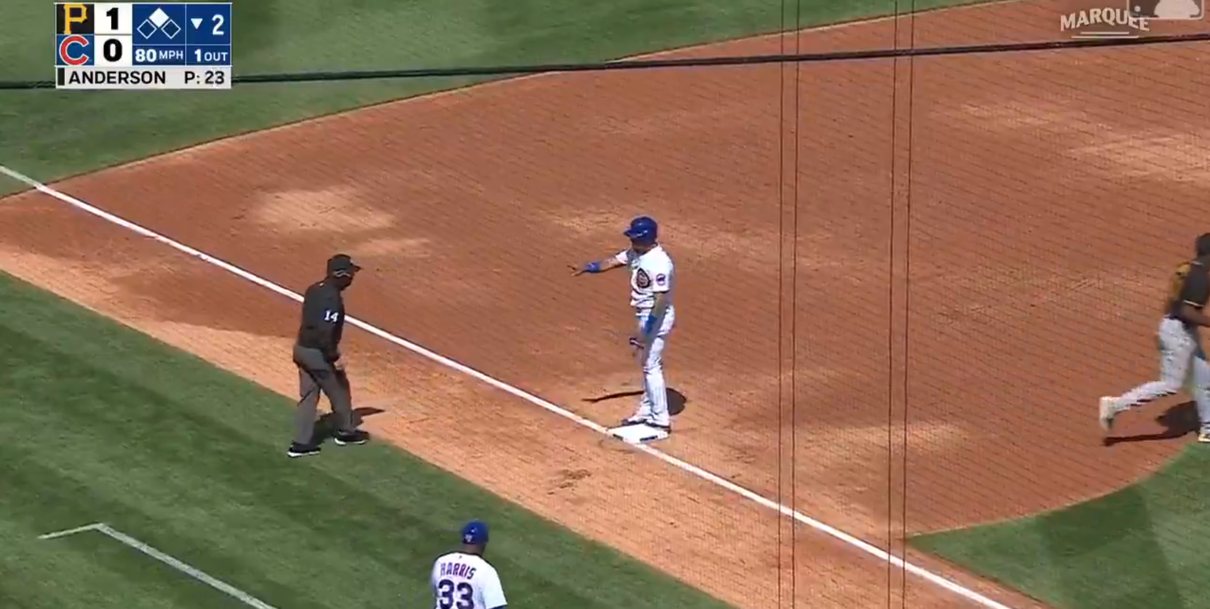 Pirates starter Tyler Anderson has a unique hitch in his delivery that leaves him vulnerable to smart and aggressive baserunners.

… enter the smartest and most aggressive baserunner in baseball, Javy Báez. After singling to open up the second inning, Báez *EASILY* stole second and third, and scored on Jake Marisnick’s pop single:

Javy is on the move. 👀💨 pic.twitter.com/oFaoTEnZWg

Note that if Báez doesn’t steal third base, let alone second base, then Marisnick’s ball might wind up a harmless pop out to the better-positioned second baseman. Credit to Marisnick for putting the ball in play. Credit to Báez for setting the whole thing up. Obligatory: El Mago.