In his last start against the Cubs (incidentally his most recent start of the season), Brandon Woodruff went 7.0 scoreless innings at Wrigley Field, with just one hit and no walks allowed while striking out eight Cubs batters (Happ, Rizzo, Bryant, Pederson, Baez, Heyward, Sogard, and Hendricks each had one … which is literally every player in that starting lineup besides the backup catcher, Tony Wolters). Today, they get him again. Let’s hope it goes better.

Like the first time the Cubs faced Woodruff, Eric Sogard is getting the start over David Bote. Although it’s not by much lefties (.299 wOBA) have historically had a better chance against Woodruff than righties (.257 wOBA), so I suppose the swap makes sense. But even if this weren’t sensible, at this point, I don’t think there’s anything I wouldn’t try.

Unlike the last matchup, however, Willson Contreras is in there behind the plate and batting second (Tony Wolters gave Contreras a breather last time). This pushes Sogard down to the 8th spot in the lineup, keeping Contreras in the two-hole, where he’s been all season.

In terms of stuff, Woodruff mixes in a sinker and a four-seamer, reaching up to 97 MPH on average, with plenty of offspeed and breaking balls to keep hitters off balance from both sides of the plate. He was more fastball heavy than usual against the Cubs his last time out, and that’s not much of a surprise given what we know of their weaknesses. Maybe Joc Pederson can wake up a bit and start hitting heat from righties like he was brought in to do. 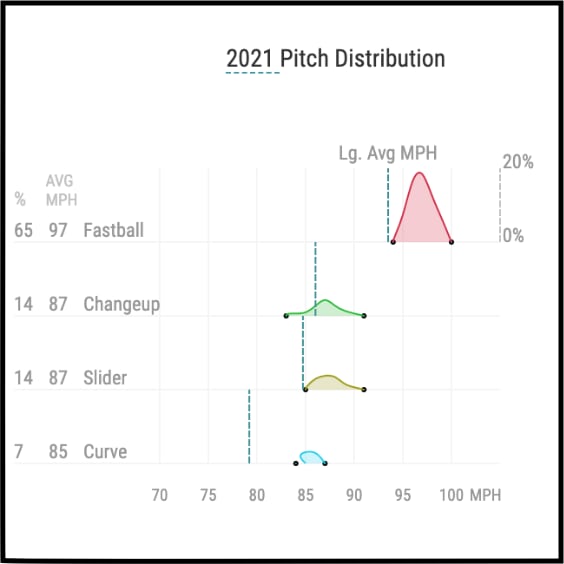 Remembering Fabulous Finishes, What it Means to Be QB2, Happy Father’s Day! And Other Bears Bullets