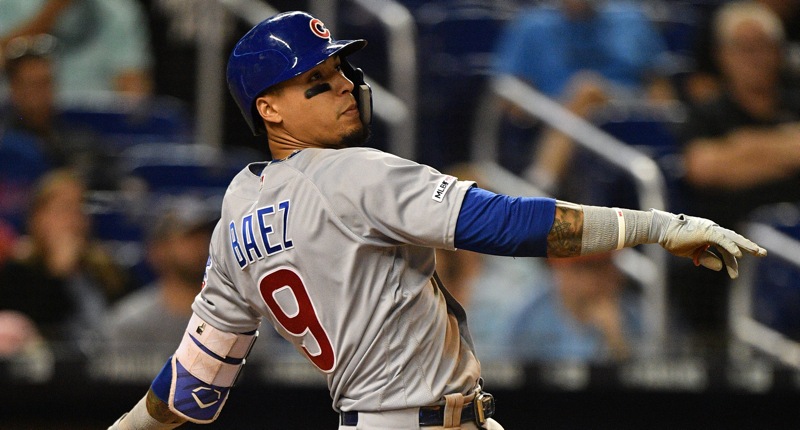 Oof. If Buster Olney’s report today is accurate, then Javy Báez may have bet on himself in a very big way just before his disastrous 2020 season. Per Olney at ESPN: “[A] problem for Javier Baez is that his poor ’20 performance followed a negotiation that concluded with him passing up a Cubs’ offer somewhere in the range of $180 million.”

If you recall, heading into the normal 2020 Spring Training, the Cubs and Báez were engaged in serious extension negotiations, with Báez having two years of arbitration left, and having just put together another very good (albeit injury-shortened) 2019 season to follow his near-MVP campaign in 2018. It’s tough to peg just how above Xander Bogaerts’ six-year, $120 million contract the Cubs were willing to go at that time to lock down a deal (if at all), as the comp seemed pretty solid.

But Olney’s report would have it that the Cubs went waaaaay over Bogaerts’ deal, although the number of years are unspecified. It’s conceivable that the Cubs were at nine years and $180 million – the same AAV as Bogaerts’ deal – but it’s hard to imagine they would’ve been targeting a deal of that length (or Báez, for that matter). I tend to think if the Cubs were at $180 million, it for something between six years and nine years. Nevertheless, it would’ve been a substantial deal.

Should Báez have taken it? Well, hindsight would say it’s obviously yes, given what happened in 2020 and so far here in 2021, with Báez’s ability to do something as fundamental as make contact with fastballs in the strike zone now a very alarming question. The flip side, though, is that if Báez had gone out and had a normal 2020 season (this was pre-pandemic, recall), with high-end price tags continuing to climb, it would’ve been very easy to conceive of a world where Báez would’ve topped $200 million.

It’s pretty hard to imagine the Cubs going back to that level now, even as Báez approaches free agency. Even if Báez turns things around from here offensively – and he very well might – there are some serious risks that he winds up a glove-first guy for most of whatever contract he signs. That glove is an exceptional one, which raises his floor. A decent offensive season from here, and Báez will still get a really nice deal in free agency.

But $180 million guaranteed? Or even some number a bit lower than that (to account for the 2020 and 2021 seasons that would’ve been in that deal)? As we sit here today on April 18, it’s really hard to see. I sure hope Báez puts himself in that position for a variety of reasons, but now we have some additional context for the last couple years from his perspective. You hope he hasn’t ruminated too much on this topic as his performance has languished.