The Chicago Cubs will begin a grueling 16-game stretch tonight at Wrigley Field, against right-hander Taijuan Walker and the New York Mets. Walker, still just 28, may not ever live up to the hype that surrounded him as a prospect with the Mariners all those years ago, but he’s still young, he got great results last season (2.70 ERA), and he’s cruised through his first four starts this season, as well: 10.1 IP, 7H, 3ER, 5BB, 12Ks.

Here’s how David Ross will attack the righty.

Pretty standard lineup running out there today (David Ross has settled into a groove here lately) against a pretty standard righty. Walker has traditional lefty/righty splits for his career, though they’re pretty tame and close to split-neutral. Most of these Cubs batters have faced him only a few times and the only one with any legitimate success has been Joc Pederson … who’s actually kind of crushed him: 7-16, 2 doubles, 1 HR, BB, 2Ks.

Pederson has been off to an extremely slow start, but there’s no time like the present to heat up, right?

Walker is primarily a fastball-slider guy, and his fastball has been UP in velocity after moving to the Mets. What had been stuck around 93 MPH for the last few years is up to roughly 95 MPH here in 2021. Maybe the Mets unlocked something. Maybe he’s healthy and in his prime. Either way, we know the Cubs have struggled against velocity, so this isn’t a great matchup. Then again, 95 is hardly out of the realm of normalcy anymore, so … who is a great matchup? 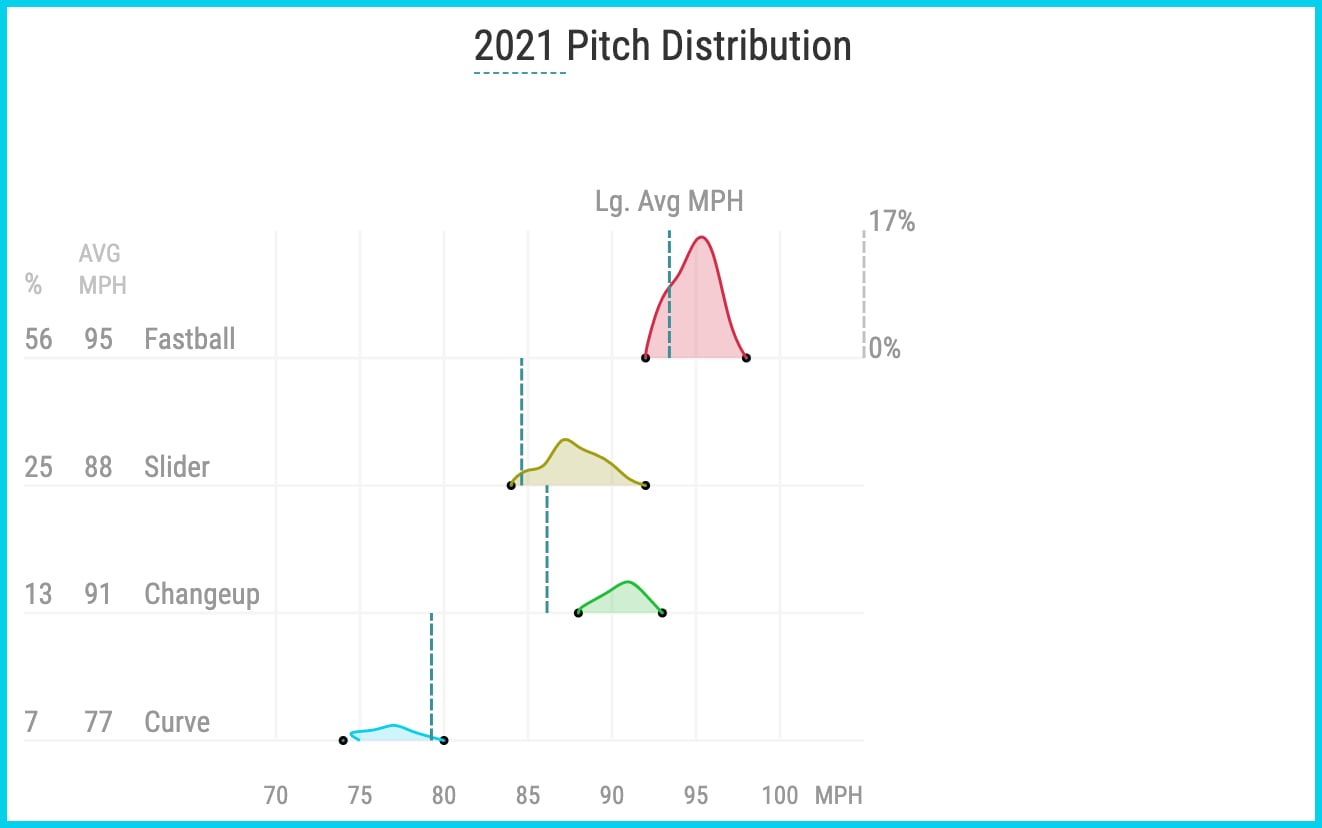