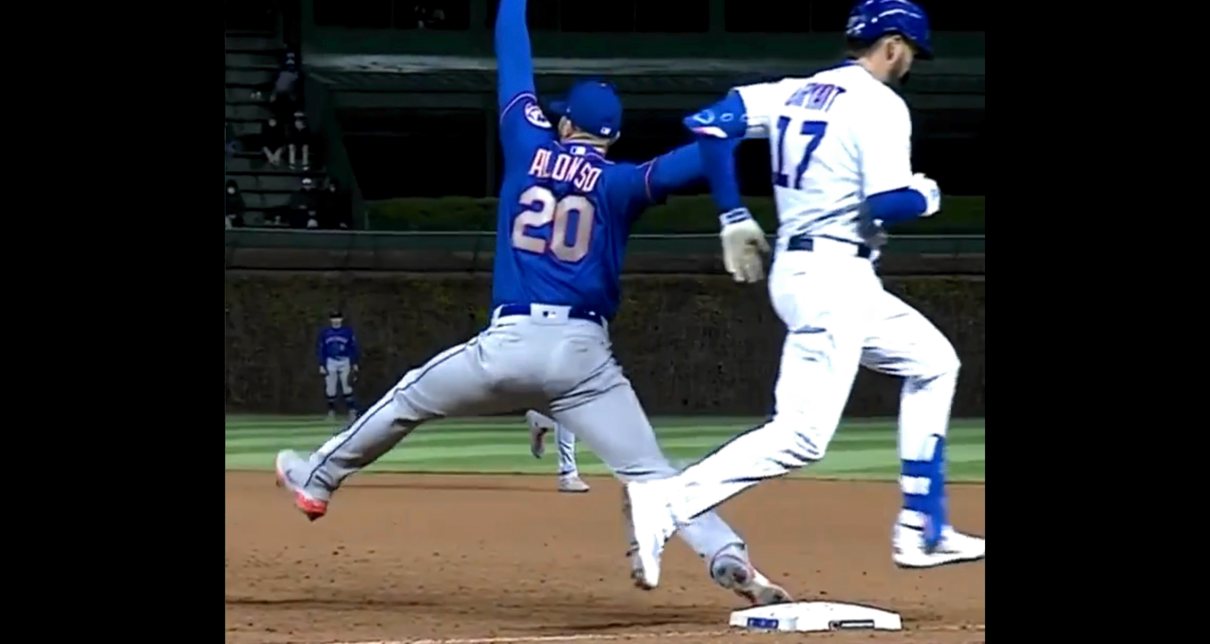 To be sure, that Phillies-Braves one was egregiously bad, since it was reviewed and still somehow missed that the runner never touched home plate. But this one last night on a Bryant ground ball to third base was pretty funny to watch – because Bryant just went right over the first base bag, never even coming close to touching it:

Kris Bryant was called safe on this 😅 pic.twitter.com/o60iPk5sxI

That’s a bad miss right there, though I suppose there’s a lot to be watching for on a bang-bang play like that – Bryant’s feet, Pete Alonso’s feet, the timing of the ball entering the glove, etc.

So, you have Bryant going over the base, never touching it, Alonso catching the throw while off the base, and then sliding his foot back to contact the bag after Bryant has long already passed the base. I saw some debate out there about whether Bryant could be called out after he’d passed the base without Alonso and the Mets officially appealing in some way (maybe even before Bryant got back to the base – note that when he realized he’d been called safe, Bryant sprinted back to first base).

But my read on Rule 7, which dictates how and when runners are out (a “batter” becomes a “runner” as soon as he puts the ball in play), does contemplate a situation like this. Rule 7.08(e) lays out the basic case for a force out: “He or the next base is tagged before he touches the next base, after he has been forced to advance by reason of the batter becoming a runner.” Well, here, Alonso did touch first base before Bryant did. Clearly. So I would think that a replay review – if the Mets had one available at the time – would’ve correctly called Bryant out.