Joc Pederson is Progressing in Wrist Recovery, But How Will That Impact Nico Hoerner's Roster Spot? Skip to content 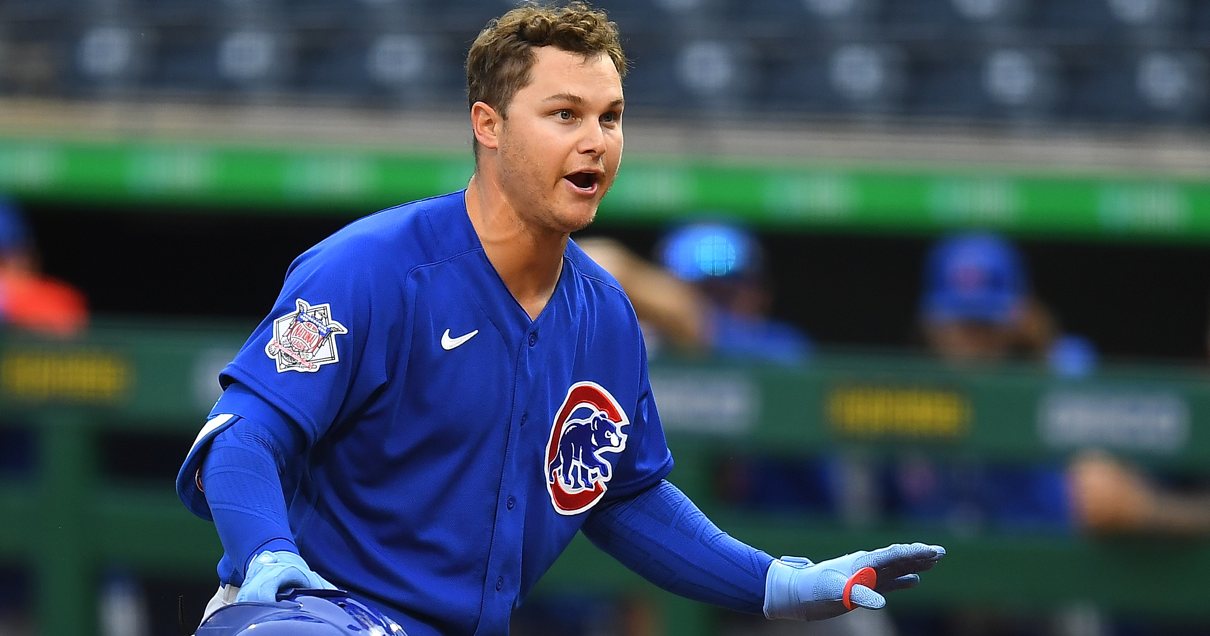 After a scorching Spring Training that followed some swing changes over the offseason, new Cubs outfielder Joc Pederson got to the cold weather of the regular season and suddenly looked a click or two slow at the plate. Whether it was the weather, the build up in pressure associated with a new team and a walk year, those mechanical changes getting out of whack, or something physical, the reality was that Pederson wasn’t just getting flukey bad results. He looked really off, both at the plate and in the field.

So, then, when he hit the Injured List late last week with a wrist issue, I’d imagine it felt like a relief for a lot of fans who’d been pining on a turnaround. At least now he gets some time away, either to get well or reset or both, and the Cubs can get some other guys some looks. It has turned out that the primary benefactor of Pederson’s absence is Nico Hoerner, who was called up to replace Pederson and started both games this weekend, looking really good in the process.

Meanwhile, Pederson is recovering well, but he might not be back as soon as he’s eligible on Sunday, May 2. David Ross told NBC that Pederson is expected to start some light hitting work as soon as tomorrow, and could face live pitching on Friday or Saturday, if things have progressed well. That would seem to make a Sunday activation unlikely, but maybe not too long after that.

That timing might line up with the start of the minor league season – couple days later – to either give Pederson some game action on a rehab assignment, or to make the decision on Hoerner a little trickier. To be sure, Pederson’s return doesn’t have to mean Hoerner gets sent down, but Pederson is not coming back to a bench job. The Cubs signed him to play left field, and after he’s had this time to recover and reset, they’re going to want him starting, given the years of big league success. That’s just the way it is, and it isn’t even the wrong decision – if the Cubs are going to succeed, they need Pederson’s bat. And if the Cubs are going to sell off at midseason, Pederson could have made himself into a solid trade piece if he comes back healthy and hitting.

So unless there’s another injury elsewhere, the Cubs will then face the same decision they faced at the start of the regular season: let Hoerner take second base and move David Bote back to a bench role, let Bote keep starting (which remains important long-term) and Hoerner takes a bench role on the big league team, or send Hoerner to Triple-A to start regularly. I don’t really want to make any pronouncements today on the way the Cubs should or would go, because there’s at least a week of game action to keep sussing things out.

From where I sit, with Pederson out, I hope the Cubs keep coordinating all the other guys to ensure that Hoerner starts most of the games this week. He looked great this weekend, and although a week’s worth of games won’t necessarily prove anything – he’s had hot spurts before in the early going – it’s valuable experience and at least some information.