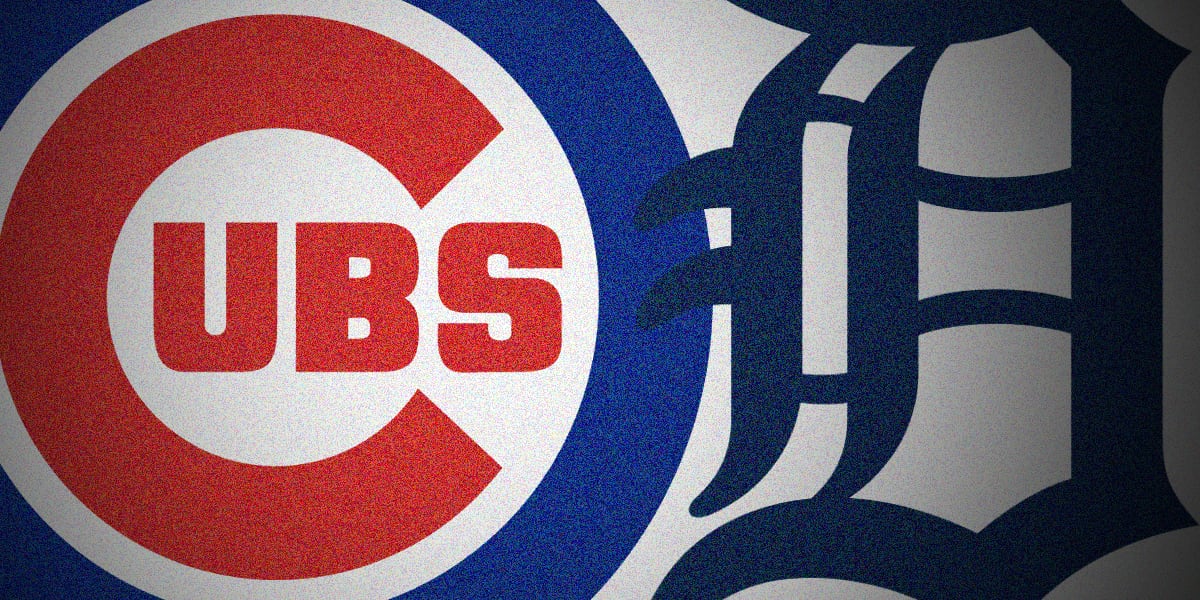 The Chicago Cubs haven’t won a game in almost a week.

Of course, that’s just a three-game losing streak with two off-days baked in, but still, it feels like it’s been forever, because it has been forever. And while they are starting a three-game set against one of the worst teams in baseball today, the Tigers, those Tigers have won four straight and are throwing two lefties out there at a time when some of the Cubs best options against lefties are banged up or out.

The Cubs should get Nico Hoerner back as soon as today. And theoretically, Kris Bryant’s illness has had some time to dissipate (and the wrist plunking was hopefully not bad), but Javy Báez’s back has been acting up and Jake Marisnick is still out. It’s also bum timing, because Joc Pederson had just started to turn things around. And, sure, he has had some success against lefties here lately, but that’s certainly still his weakness. It just would’ve been nice to get him three straight no-brainer starts this weekend. Instead, I’m guessing we’ll see him against one of the lefties and the righty, but not the other.

June is right around the corner, and the Cubs better start winning if they want to avoid a mid-season sell-off. It starts with make sure to beat very beatable teams.

The Chicago Cubs (17-19) have dropped three straight games, just after poking their head above .500 for a breath of fresh air. They’ve dropped back down to fourth in the NL Central, 5.0 games behind the Cardinals in early May. Puke. The Detroit Tigers (13-24) are one of the worst teams in baseball, with a -64 run differential, however they’ve actually won four games in a row.

*Technically, Ian Happ, Nico Hoerner, and Jake Arrieta are all still on the IL at the time of writing this, but Arrieta is scheduled to pitch tonight and the other two are hopefuls for this weekend.

Hall of Famer. Miguel Cabrera, 38, isn’t the guy he once was (which was arguably the most feared hitter in MLB for a good long time). But it’s still fun to watch any sure-fire Hall-of-Famers when you get the chance and that’s *exactly* what he is. First-ballot, should-be-unanimous, Hall-of-Famer. Besides Mike Trout and Albert Pujols, Cabrera is the only other active player with more than 70 WAR in his career and he ranks 58th in WAR all-time. Meanwhile, the Cubs haven’t had a *sure-fire* future Hall-of-Famer on their roster since … Greg Maddux? Am I forgetting someone? Sure, Jon Lester has a shot, Craig Kimbrel and Ben Zobrist might have a shot, but it’s been a loooooooong time since the Cubs have had a no-doubt future Hall-of-Famer on the roster and I just appreciate watching those guys play.

First-Homer Rematch. When Ian Happ hit the first pitch of the 2018 season out of the ballpark (and sent me into Lake Michigan), he hit it off Jose Ureña (then) of the Marlins. But Ureña, 29, didn’t have the career many projected, and so he was DFA’d this past offseason and picked up by the Tigers. So far, he’s gotten some good results in Detroit (3.60 ERA), but his 18.0% strikeout rate and 10.5% walk rate paint a different picture. He’s also allowing a ton of hard contact, albeit mostly on the ground. If the Cubs can find a way to elevate, they’ll crush him. If not, they’ll be subject to the BABIP gods.