Six Stars of the Cub Farm, 5/16/21: Homers, Comebacks Aplenty, and Hill on Top Skip to content 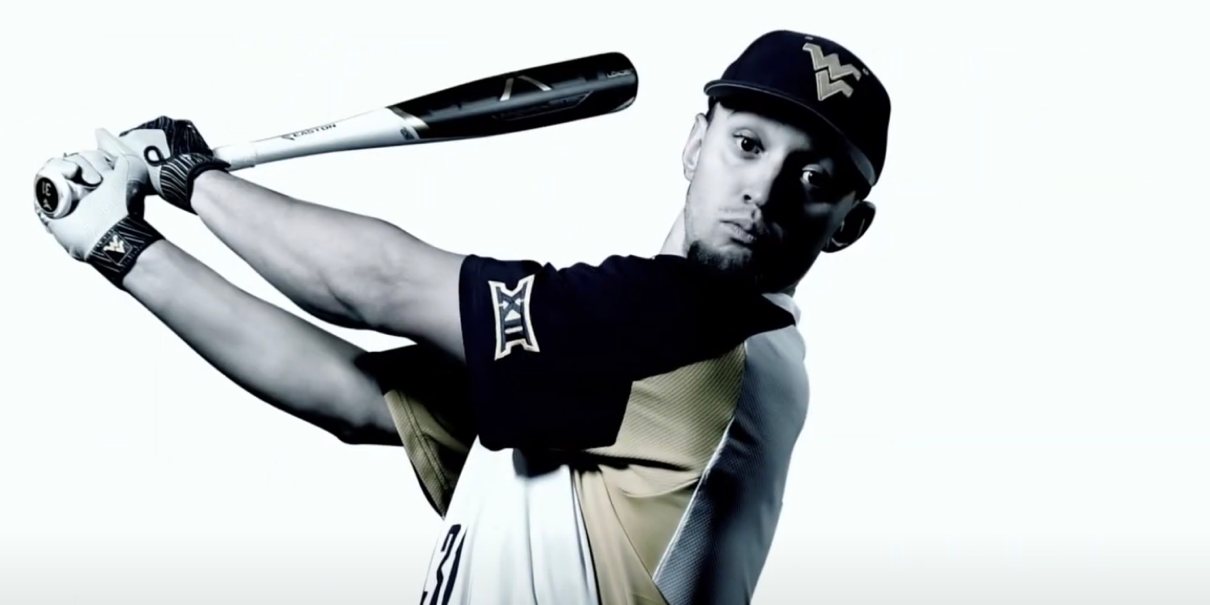 Those of us who have followed the Cubs minor league system for a while know the dedication the Myrtle Beach Pelicans have had to build their brand over the years. They are a phenomenally well-run minor league organization that I know Cubs prospects have always enjoyed playing for. It’s a big deal for a minor league franchise to go viral, and I can’t think of much else better to do it with than a Beer Bat.

So yesterday was great for the Pelicans, where you couldn’t go anywhere on Twitter without seeing their Beer Bat.

Can’t wait to throw one of these down with the Bleacher Nation crew one day. Perhaps I’ll make Brett chug one when his favorite prospect, Yohendrick Pinango, goes yard for the first time as a professional?

Honorable Mention: Ed Howard reached base another three times, here with a good swing hanging back on a breaking ball:

After some real struggles against the Rays’ Low-A affiliate in week one, Howard has looked much better this week, reaching base now in eight of his last 16 plate appearances

Other miscellany: Ben Leeper had his most comfortable pro outing, coming into a bases loaded, two out situation and getting seven outs for the Double-A Smokies. Leeper was 94-97 with the fastball, 87-89 with a slider that he showed a willingness to throw in any count … the Iowa Cubs bullpen kept them in the game facing just one over the minimum in four innings of work. Ryan Meisinger (who is racking up strikeouts, got the win, but shouts also to Kyle Ryan and Michael Rucker … The South Bend offense was a dynamo yesterday, but I had to cut it off somewhere. That means Cole Roederer falls here despite reaching four times, Delvin Zinn doesn’t get mention with three runs and two steals, and Bryce Windham with a nice day playing second base.

One of the most noteworthy breakouts of the young season. Ueckert, a 27th round pick in 2019 after a 5.29 ERA career at McNeese State University, has been a revelation. After starting the year in High-A (which represented a two-level skip), Ueckert was quickly moved to Double-A, and he’s been among the Smokies most trustworthy arms in the bullpen. Yesterday, that meant pitching in the home half of the 11th and 12th innings (with a runner starting on second) in a tie game. He retired all five batters he faced (with Miguel Amaya’s right arm providing the sixth out).

This wasn’t Ueckert’s absolute best outing from a stuff perspective, but I think those are informative for mini scouting reports, too. Ueckert is a slender 6-foot-3 with an old school “rock and fire” delivery and over-the-top release point. He was 95-96 with a fastball on the Rocket City radar gun, and it’s a fastball that has played all season (even in hitter’s counts) with subtle late life. Control plus, command slightly below-average, two-seam moves arm side enough. The slider, which was 83-87 in this outing, flashes above-average. His two strikeouts in this one came on the odd up-and-in slider to left-handed hitters. He did throw one changeup for a ball; it’s a distant third pitch.

The season line is now a ridiculous 8 IP, 3 H, 0 R, 1 BB, 13 K across two levels. I wouldn’t rush him to Triple-A quite yet – I’d like to see more slider consistency first – but we’re certainly trending that direction.

The I-Cubs entered the ninth inning yesterday down 3-0, with just five hits against a St. Paul Saints pitching staff led by Randy Dobnak. Then eight straight hitters reached base, all of whom would score. Let’s just run through it:

P.J. Higgins hit a breaking ball between the 1B and 2B for a single.

Patrick Wisdom was hit in the left hand on a up-and-in fastball.

Andrew Romine with a swinging bunt single as no one covered 1B.

Sergio Alcantara hit a bad changeup down the RF line into the corner.

Vance Vizcaino (again!), Connor Myers, and Tyler Payne with the long balls in this one.

This one felt like the Smokies deserved it, but in marathon 13-inning games, sometimes the winner is just who can last longer. The Smokies took a one-run lead in the 13th inning thanks to a Levi Jordan sacrifice fly, but literally had zero available pitchers to finish the game off. So manager Mark Johnson had no choice but to ask back-up catcher Erick Castillo to pitch the save opportunity, and let’s just say that didn’t go well: single-single-walk-grand slam. You could only laugh.

The High-A South Bend offense had a good first few games, but had gone dormant of late, averaging 2.3 runs per game in the six games preceding yesterday. It busted out in the Sunday series finale in Beloit, with five players going for multiple hits and a pair of home runs.The South Bend offense scored in six different innings, but it was a six-run fifth inning that blew the doors open.

I was happiest in this one for first baseman Tyler Durna, who somehow entered the contest with an .038 batting average and 5.7% strikeout rate. That works out to an .042 BABIP, which is among the unluckiest eight-game runs I can recall. Durna actually walked, struck out and homered in this one – all of a sudden a Three True Outcomes guy? – but also had two singles fall in there. That took him up to just .133/.350/.233, but I’m just happy for what had to be some mental relief of watching a couple hits fall in. You want to believe that if you put the ball in play, good things will happen.

It’s been a little while since the Cubs had a power-first slugger in their system; I’m just so happy to have Mervis around now. After Ed Howard walked to start the Pelicans half of the 10th inning, Mervis came up, and it felt like a win was possible. He got ahead 3-0, and watched as a pitch was grooved down the absolute center of the plate. I cursed the take. But seconds later, it didn’t matter anymore, as Mervis went down and golfed one for the walk-off home run.

Crack of the Bat Play of the Game | @VinesPlumbingSC pic.twitter.com/Qd3DeZ4cyC

Shouts also to Edmond Americaan who, prior to the Mervis walk-off, had been the offensive hero for the Pels.

It’s weird to have a guy for the system’s lone losing team in the top spot, especially over a walk-off home run, but I figure the most rare thing that happened yesterday was a hitter grabbing five hits and a walk. And for it to be Darius Hill, playing in just his fourth game above the Low-A level (as an injury fill-in), I had to reward it.

Hill, 23, was the Cubs 20th round pick in 2019 after a decorated career at West Virginia (he hit above .300 in all four seasons). He’s an old-fashioned baseball grinder who goes up to the plate looking to swing the bat, and his contact ability is among the best in the system. Yesterday after a walk and fly out in his first two plate appearances, Hill showed the whole arsenal with hits in his final five times at the plate:

13th inning: bunt single in no man’s land between P and 3B.

How can you not love that grind?