The Cubs are hosting the Nationals once again tonight, and they’ll be facing their fourth lefty in their last five games (they’re 3-0 in those games so far).

The Cubs (109 wRC+) have been a good bit better against left-handed pitching than the Phillies (99 wRC+), but still, something obviously clicked, and I don’t think we need to search very hard to see it: 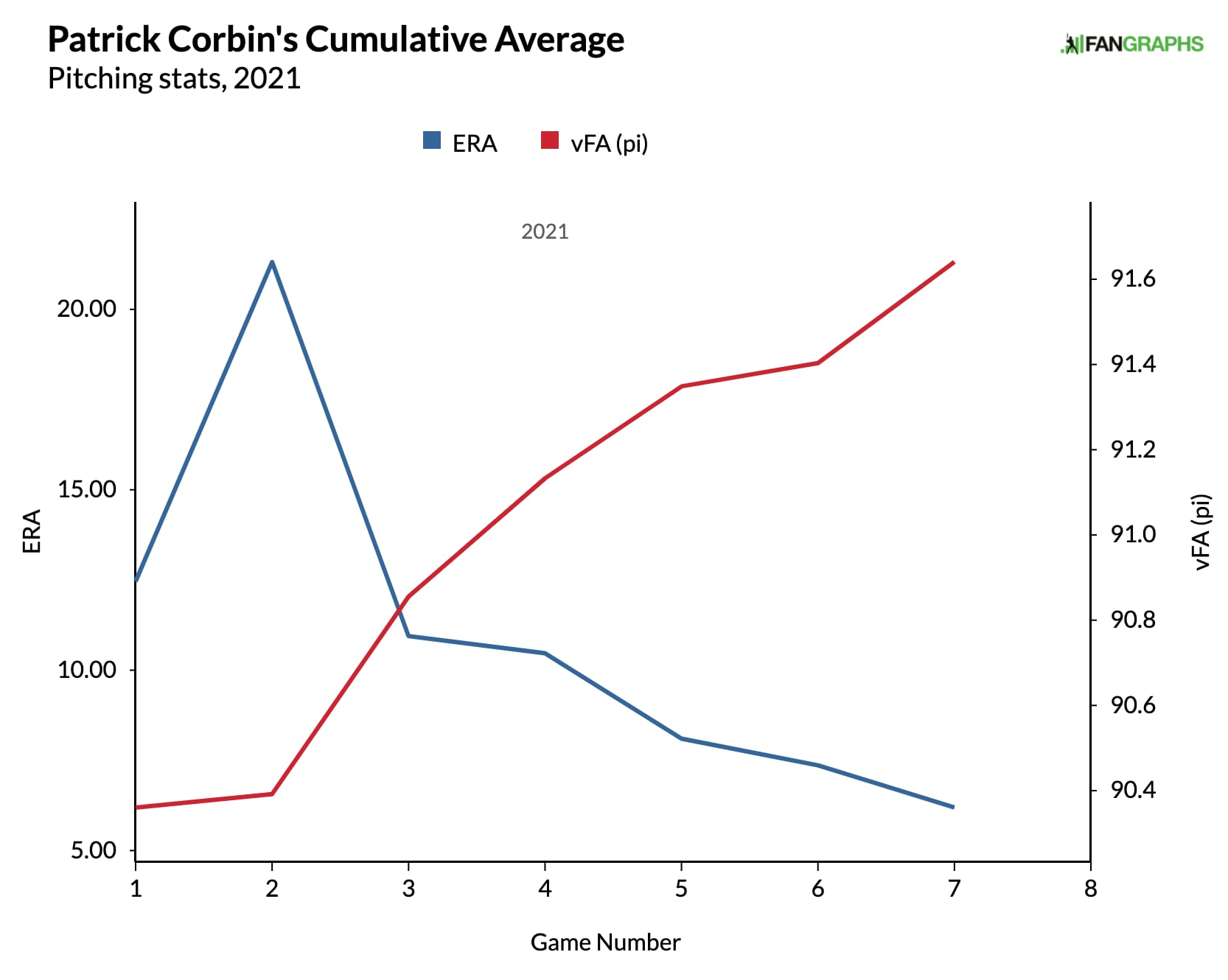 Corbin’s fastball velocity has improved in every consecutive start this season, and with, that so has his overall production. He still doesn’t throw *hard* necessarily, but we’ve seen how important and extra click or two can be to a guy’s other pitches (think Kyle Hendricks and his sinker-changeup combo).