The Twins Wound Up Throwing at Yermin Mercedes, and Tony La Russa "Didn't Have a Problem" With It Skip to content 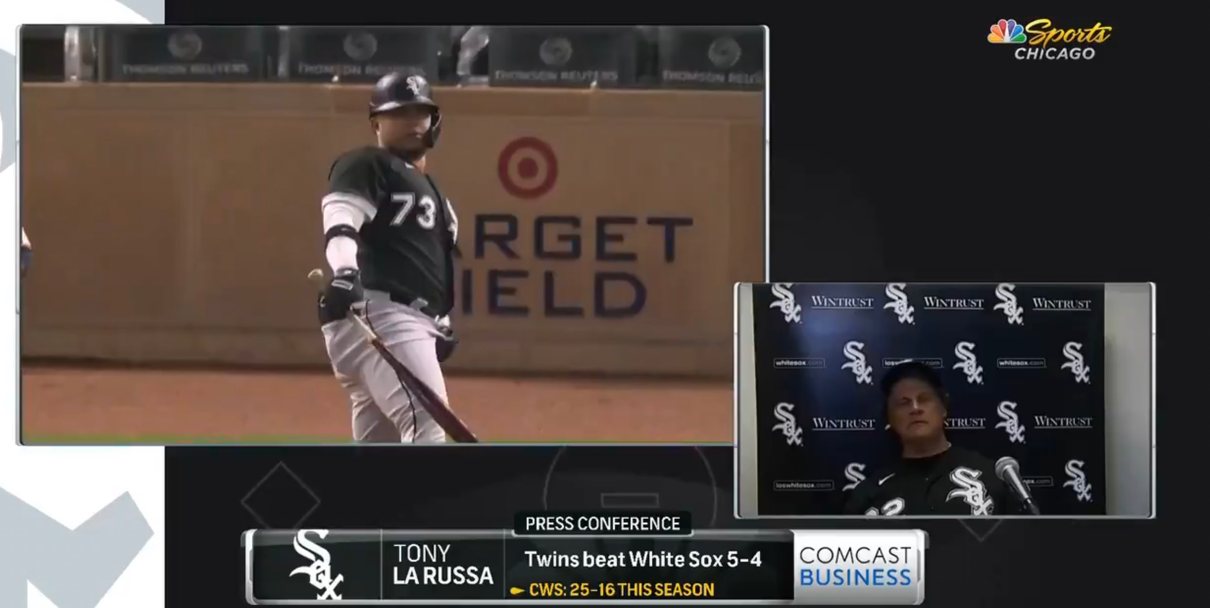 I am as mad as I can get about something that doesn’t really involve the Cubs in any way (or, you know, real life). This is absolutely not the way baseball should be, and to have someone *IN CHARGE OF A TEAM* behaving like this is absolutely incensing me.

So, the background, if you don’t already know, is that breakout White Sox hitter Yermin Mercedes had the temerity to DARE swing at a 3-0 pitch in a blowout when facing a dang position player. (My reaction: WHO CARES?!). The Twins did not like that Mercedes did it, hitting a homer in the process, and they and their broadcasters rabble-roused. (My reaction: CRY MORE.) White Sox manager Tony La Russa then THREW HIS OWN PLAYER UNDER THE BUS by calling him out unnecessarily, saying he was wrong, and further saying that there would be consequences FROM THE WHITE SOX for what Mercedes did. (My reaction: HOW CAN THIS GUY BE THEIR MANAGER?)

That was all bad enough, and I was pretty ticked about it yesterday. Heck, so were the White Sox’s own players, who sent this out after La Russa’s comments:

That’s what it looks like when you’re losing the clubhouse (and losing it in precisely the way people feared the old school guy would lose this particular clubhouse from the day his rushed hiring was announced).

Incredibly, though, the situation got even worse – TWICE! – last night. First, you had the Twins, like absolutely vanishingly small babies, throwing at Mercedes:

Baseball is so dumb… Tyler Duffey got tossed for throwing behind Yermin Mercedes and Rocco Baldelli followed him to the showers pic.twitter.com/vW9sUBk6HT

Then after the game, La Russa had the balls to say this:

Tony La Russa on Duffey throwing behind Mercedes: "I didn’t have a problem with what the Twins did."

That’s the manager. That’s the guy who is supposed to be leading these White Sox players. He directly contributed to the hostilities here, which were bogus from the jump, and then he said he had no problem with it when his own guy got thrown at, going so far as to suggest alternate explanations for what the Twins were OBVIOUSLY doing. I am enraged that this guy gets a job dictating what baseball is supposed to look like.

I don’t know how you turn the page on this. How do you possibly have the trust of your clubhouse after something like this? How can you possibly believe this guy has your back, when he literally does not? Sorry to any White Sox fans out there. Your manager situation is a disaster, and your team is winning in spite of it.