Chicago Cubs Lineup: Nico and Javy Up the Middle Skip to content

Tonight, the (second-place) Cubs will play their first of 9 games against the (first-place) Cardinals before the All-Star break. Kyle Hendricks is on the mound for Chicago, and the righty Carlos Martinez, back in the rotation, is starting for St. Louis. Here’s David Ross’ lineup for one of the first truly big games of the year.

With Kyle Hendricks on the mound (a contact pitcher) and the Cardinals standing opposite him (a low-strikeout team), I’m happy to see Javy Baez and Nico Hoerner up the middle tonight. They should probably always be the guys up the middle, but it’s especially appropriate tonight (and we’re lucky that both are healthy).

As for the other starter … Carlos Martinez has historically been a traditional lefty/righty split guy, but that script has been flipped so far this season. And, indeed, while he’s hardly striking out lefties (12.5%) or righties (12.8%), righties (10.5%) have walked twice as much as their counterparts (5.7%). With these two guys on the mound tonight, there should be a lot of balls in play. 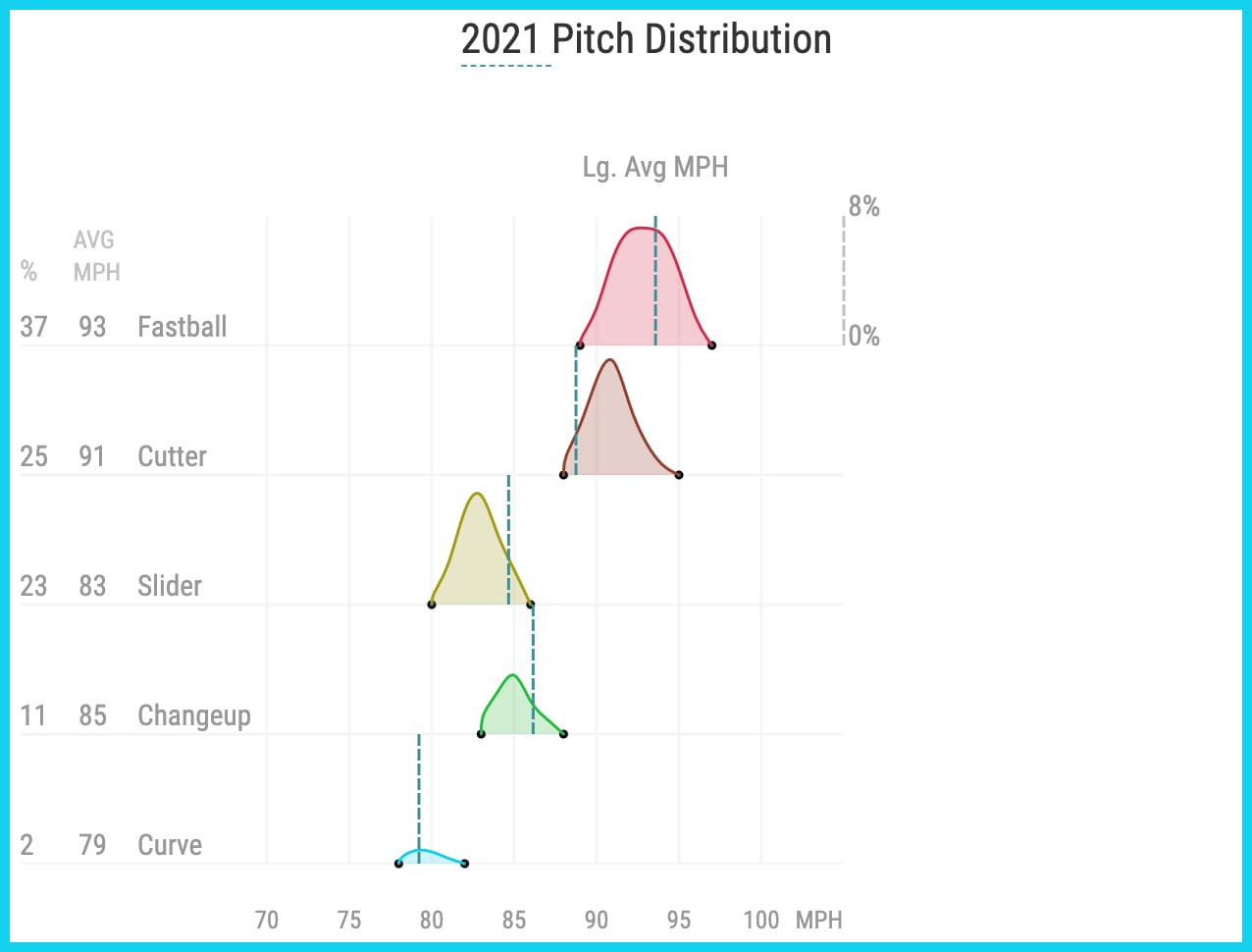