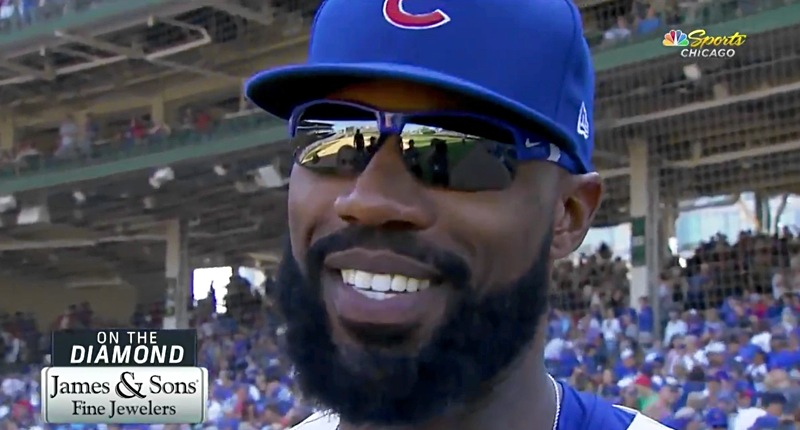 Two Cubs outfielders with hamstring strains, Jason Heyward and Jake Marisnick, are making their way back to Chicago. But that process will begin with a little pit stop in Iowa to get back in game shape.

According to Jordan Bastian (MLB.com), Heyward and Marisnick will join the Triple-A Iowa Cubs tomorrow to begin their rehab assignments, with an eye on re-joining the Cubs as soon as this weekend in San Francisco. The I-Cubs have games scheduled all week and I have to imagine the Cubs are hoping to get Heyward and Marisnick starts in AT LEAST 2-3 of them before returning to Chicago. And that’s assuming everything goes well right away – not just from a health standpoint, but also an injury standpoint (Heyward hasn’t played since May 19th and Marisnick has been out since the 9th).

But despite any of their potential individual flaws or the success of all The Other Guys along the way, Heyward and Marisnick will be welcomed back to this team with open arms. The Cubs have already begun healing up (Anthony Rizzo is back in the lineup tonight!), but Rafael Ortega, Patrick Wisdom, and Eric Sogard have gotten far more starts than I think anybody expected at this point in the year.

As for the potential roster implications of adding two outfielders to a full active roster … I’m almost tempted to wait, because these things have a way of working themselves out before a decision has to be made. But there are no serious 40-man concerns with both guys simply coming off the 10-Day IL. With that said, while Nick Martini has a Minor League option left, the other obvious send-down candidate, Rafael Ortega, does not. That makes things a little tricky, but he’s a lot less likely to be lost via waivers, than, say, Sergio Alcantara, who’s also without options, but comes with a much higher pedigree, more youth, and better upside. He’s also an infielder I suspect the Cubs would like to get plenty of starts in the absence of Nico Hoerner.

Then you’ve got Patrick Wisdom, who does have options and could yield third base to Kris Bryant when the outfielders come back. But you hate to see him bounced already given how he’s looked. I suppose we’ll see.