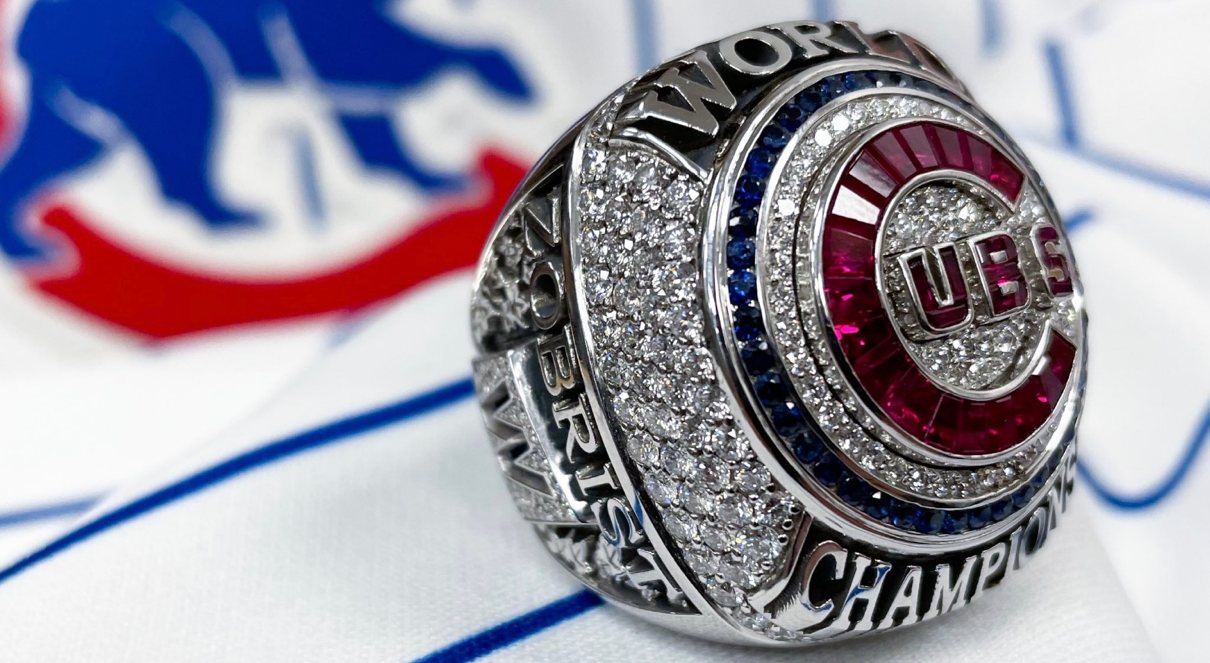 When the Chicago Cubs won the 2016 World Series, they got key contributions from up and down the roster. I wouldn’t necessarily call out any one guy for being the guy.

But the reality of winning a series like that is that someone has to take home the MVP trophy, and someone very likely has the iconic visual moment from the win. It just so happens that, in the case of the 2016 Cubs, it was the same guy: Ben Zobrist.

And now, if you have a crapload of money, you can own an unbelievable piece of Zobrist’s World Series win:

For the time being, I’m not going to go into what might lead to Zobrist, who’d won a World Series the year before with the Royals, having his ring wind up on the auction block. Obviously folks know that Zobrist was away from the team for much of the 2019 season while attending to family needs and a divorce process. Whether this has anything to do with that, or a related dividing of assets, or something else entirely, I haven’t the first clue. Let’s leave that aside for now until someone involved actually decides to speak. Hopefully Zobrist is doing well these days.

In the meantime, it’s going to be nuts to see what this ring fetches at auction. It’s one of the most important World Series wins ever, and the’s ring of the guy who got THE hit and was the MVP (to say nothing of the fact that they’re also just really expensive-ass rings). I’m not even sure I could land on the right number of digits if I tried to guess the price.

But I will gladly submit the first bid at a ten spot and a shot of Malort. I do not like my chances.

(UPDATE: This story has taken some odd twists and turns, and Zobrist’s agent says Zobrist isn’t selling the ring … despite the auction house claiming Zobrist already sold the ring to someone else who is selling the ring.)