Coming Down from the High, Needing Hendricks, Abbott's Debut, Yohendrick!, and Other Cubs Bullets
Search
Skip to content 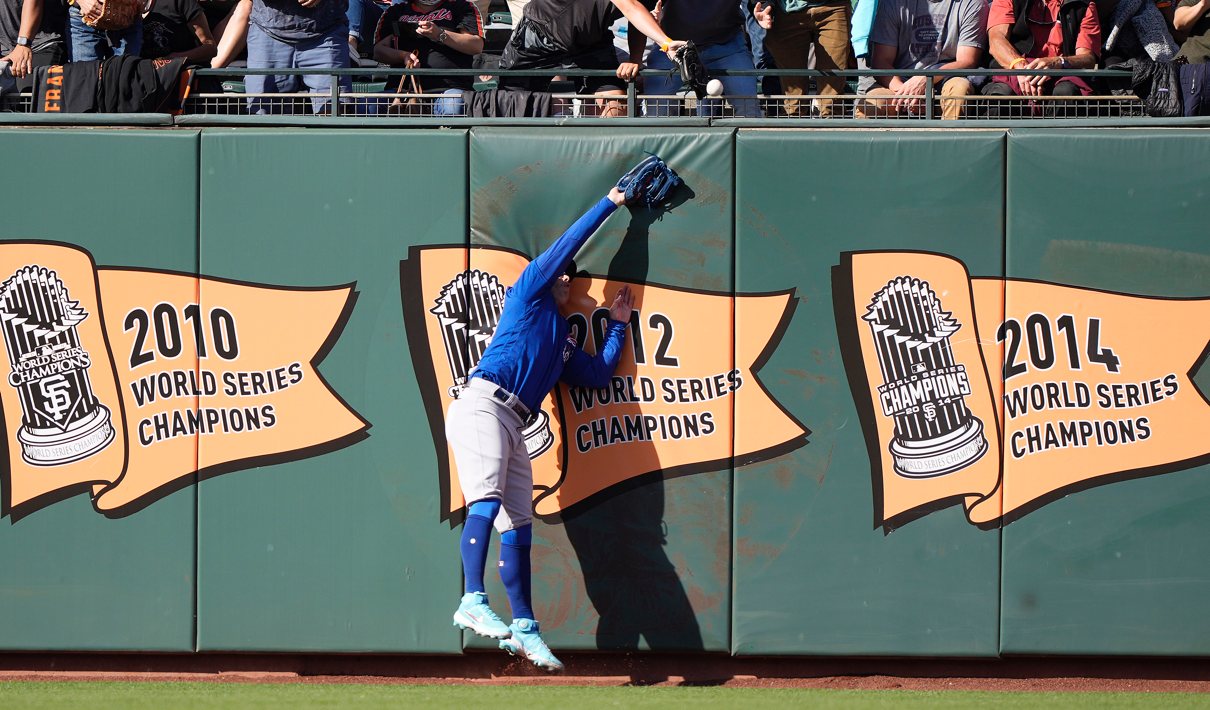 Finally had the chance to finish up ‘Mare of Easttown,’ and if you’ve heard people buzzing, it’s justified. Not a perfect show, but definitely one of the best I’ve watched in the last couple years. Incidentally, I was with a friend from Philadelphia this weekend, and man, Kate Winslet’s accent was spot on.

•   That’s three straight losses for the Cubs in San Francisco. We knew this would be tough, and we also know that the losses don’t necessarily tell us anything we didn’t already know about this Cubs team (primarily: the starting pitching situation is rough). But it still stings to see three straight losses play out after the high we were all riding on. The last few weeks have been so much fun! And this weekend has succcckkkkkkkked. The fact that the Brewers just kept on winning against crummy teams and now are right back tied with the Cubs makes it worse. Again, I’m not saying necessarily that this means this or means that, I’m just saying that it’s been three days of disappointment.

•   Need a stopper today out of Kyle Hendricks, who has obviously been very inconsistent this year. The Cubs will face Johnny Cueto, who is back to being pretty darn solid.

•   Speaking of the rotation and today’s needs, David Ross sums things up after the third straight very short start (Cubs.com): “It taxes the bullpen at some point. And I think that’s where we’re at right now.” I don’t care how good and deep your bullpen is – and I genuinely believe this Cubs group is both very good and very deep – covering 4+ innings every night will leave any bullpen exposed. Guys just aren’t quite as refreshed, you can’t optimize your match-ups quite as well, and you might see the same relievers multiple times in a single series. The biggest problem with the Cubs bullpen right now is the Cubs rotation. So, again, maybe go 6 or 7 scoreless today, Kyle …

•   Speaking of the bullpen getting taxed, it was no doubt helpful for Cory Abbott to come up and cover a couple innings. Like so many of the guys who’ve come up this year, I like that I could immediately see the bones of a big league pitcher. I like the funky arm action, I love the pitch movement, and I thought he looked really poised, too. There were too many non-competitive balls this time around, which risks hitter’s counts for a guy who often works up in the zone (I wonder if that’s why he’s had SO many strikeouts this year at Triple-A (34.2%!), but has also gotten knocked around – nasty, put-away stuff when he’s ahead, but he’s not ahead enough?). There’s a reason Abbott was the Cubs’ minor league pitcher of the year in 2019 and led the organization in strikeouts. He’s really good, and there’s the potential there for a member of the rotation as soon as 2022.

•   Trevor Williams (appendix ejection) played only “light catch” yesterday, so you’ve got to presume he misses one more start at least. Then maybe back the turn after that?

•   Jake Marisnick is still dealing with some soreness even after his rehab stint in Iowa, so the Cubs are still evaluating his return to the roster. Since he’s with the team, I assume the soreness is post-playing-recovery-related, rather than the team being concerned that his hamstring is still injured. Otherwise he’d be shut down, rather than being considered for activation this weekend. Hopefully he feels good today, and maybe returns this week (and keeps swinging it the way he was when he went down)?

•   Hopefully Joc Pederson’s back issue doesn’t require any kind of IL time – he was pulled from the game last night a couple innings after bumping into the wall (Cubs.com): “He was kind of dealing with it when he ran into that wall,” David Ross said. “It just messed up his back a little bit. He seemed to loosen it up. I think he was probably about 70 percent.”

•   Projectors, underwear, lanterns, air purifiers, and supplements are among the Deals of the Day at Amazon. #ad

•   Now that we know just how bad the sticky stuff epidemic is in baseball, it has become impossible for me not to notice guys aggressively going to their hats and/or gloves and/or belts, obviously getting a little extra stick. I see it all the time. Clearly it was already a thing, but now I’m on high alert. I think the league is going to have zero problem identifying the guys who are re-applying on the field (especially every time they get a new baseball – just watch when there’s a foul ball).

•   Thankful to hear some positive prospect for the Rays pitching prospect who was injured in such a scary way by the line drive:

Rays pitching prospect Tyler Zombro has been able to get out of his hospital bed and walk with some assistance after being struck in the head by a line drive on Thursday: https://t.co/T4N6Om42eV