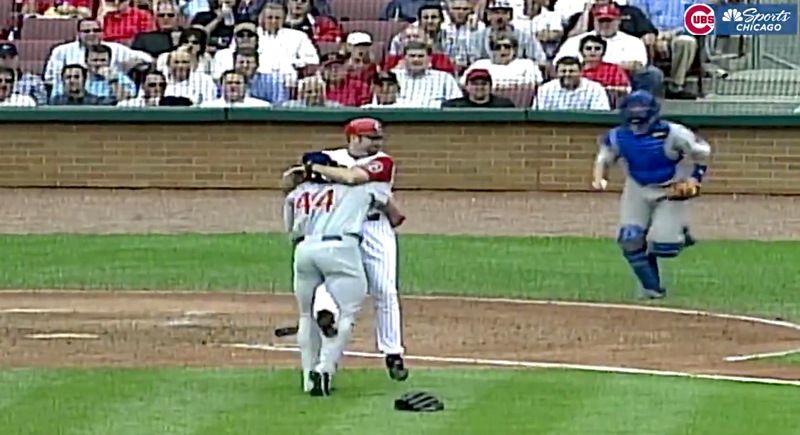 On this day 18 years ago, we all learned that a pitcher can have a side hustle as a linebacker.