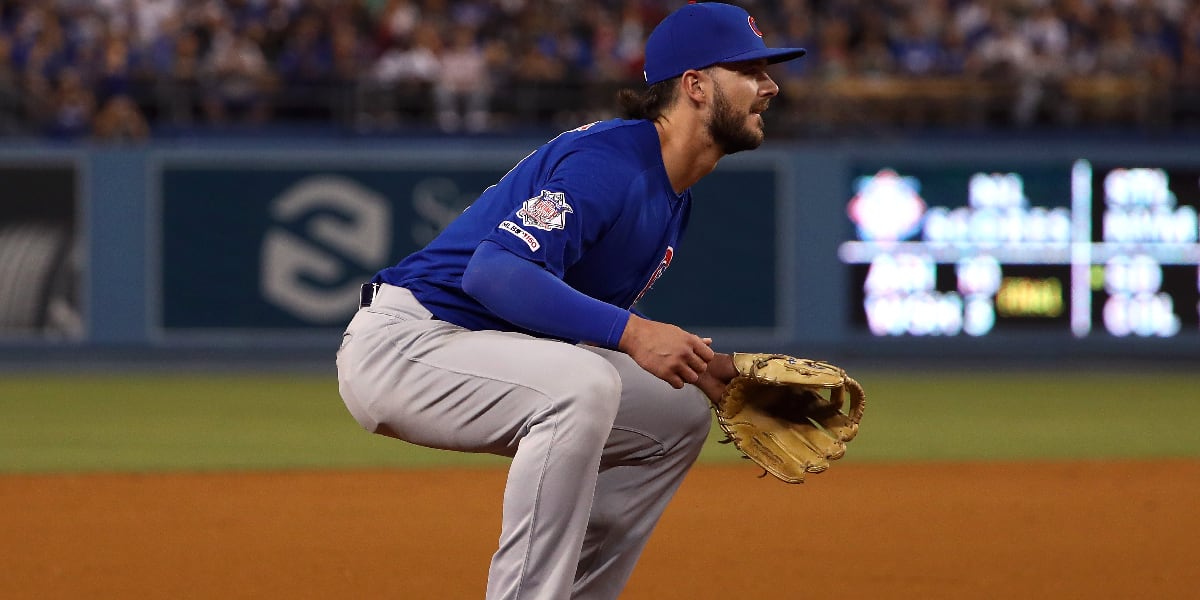 Now that the Cubs have turned the market upside down, they’re the talk of the town. In fact, they’re the lead conversation in the latest MLB Trade Deadline Roundtable at MLB.com featuring Alyson Footer, Mark Feinsand, and Jon Morosi. I’m pretty sure you’ll want to check that one out, just for some general national perspective on the Cubs.

Among the many notes in that roundtable, is what appears – on the surface – to be a throwaway line about Kris Bryant’s market, but in context, I’m not so sure it’s so random:

Morosi: One example: The Cubs and A’s have made trades before. Could you imagine the lift that Bryant would give that lineup in a close race with Houston?

I find this particular connection to the A’s interesting for two reasons. First, the A’s already have an excellent third baseman in Matt Chapman, which is a healthy and important reminder that Bryant is so much more to this market than just a third baseman. That might seem obvious, but we can’t just look for teams that need help at third. Any team looking for an impact right-handed bat that could fit one at third, first, or pretty much anywhere in the outfield could be a plausible dance partner for the Cubs on Bryant.

And two, the Cubs head of scouting, Dan Kantrovitz, was the Assistant GM in Oakland through 2019. Without a minor league season to scout last year, his knowledge of that system could prove ESPECIALLY important in any sort of Bryant-for-prospect trade.*

Beyond the A’s, who else do we already know about? Well, those Mets rumors from the offseason have already popped back up. But it’s kind of unclear beyond that. Using MLB.com’s collection of biggest needs/contender, I can say that the Red Sox (first baseman), the Indians (outfielder), the Mariners (outfielder/DH), and the Braves (impact bat) all technically fit, but you could probably also make arguments for the Blue Jays and the Astros, as well.

And then there are the Nationals, who’ve flipped market spots with the Cubs and are now buyers. Robert Murray believes that the Nationals may “be more open to dealing [Carter Kieboom] if the right deal presents itself,” which is interesting given the connection between the Cubs (Bryant) and the Nationals (Kieboom) over the winter. Kieboom, 23, hasn’t really broken out yet, and does still have flaws, but his post-hype sleeper prospect status could still be the Cubs goal in a deal for Bryant. And the positional/age/upside fit is pretty straightforward.

Either way, it would be swell if Bryant could continue the heater he started at the beginning of this month (he’s got 8 hits, including a homer, during this active five-game hitting streak), because that does seem to make a measurable impact on the return for rental players. If the Cubs are going to trade Bryant, that is, rather than keep him to do the qualifying-offer-try-to-negotiate-in-free-agency thing.

*Note: That same fact applies to Craig Kimbrel, who was also linked to the A’s yesterday, after being identified as the “most coveted player in the trade market.”

Mentioned to a high-ranking MLB exec that the Red Sox might be a natural landing spot for Craig Kimbrel. He pushed back, and speculated that Kimbrel's destination will come down to either the Astros or the Athletics. Kimbrel will be the most coveted player in the trade market.

Although, as the most coveted player on the market, Kimbrel might be able to fetch a haul from any inquiring team, without any intimate knowledge necessary.

One team whose needs I did not mention above is the Chicago White Sox. They did just shake up the roster, DFA-ing Adam Eaton to bring back Adam Engel, but with Luis Robert and Eloy Jimenez still out, plus the presence of the DH, they could be in the market for a position player, as well. The reason I didn’t mention them with the Bryant stuff, however, is because their connection to the Cubs/Chicago makes it all a little more difficult. No, they’re not in the same division, yes, the Jose Quintana trade did happen, and, yes, the Cubs should accept the best overall offer regardless of the team … but it’s also just not that simple. This is a fan-driven industry of entertainment, after all, and for that reason, I just don’t see Anthony Rizzo, Kris Bryant, or Javy Báez ending up on the South Side of town, pretty much no matter what.

The Cubs’ one-year left-fielder may be perfectly likable, but he’s a rental player the Cubs would be happy to move to whomever, including the White Sox, if there’s a prospect on the other end of it. The White Sox, by the way, who reportedly tried to sign Pederson in the offseason, before he decided to wait things out (which led them to Adam Eaton in the first place). And what do you know, there’s already a rumor out there (via Bruce Levine):

The Diamondbacks’ David Peralta, the Cubs’ Joc Pederson and the Marlins’ Starling Marte are trade candidates whom the White Sox could inquire about leading up to the deadline.

Marte would be the most attractive target of that trio, but the Marlins are still trying to extend him before the trade deadline and that could actually complicate matters – or at least delay them. The Marlins will trade Marte if they can’t extend him before the deadline, which means if the White Sox prefer Marte, they may not move onto Pederson (or Peralta) until that matter is settled, which could take up until the deadline, itself. That crossover might have some similar impact on Bryant, but probably not to the same extent.

Listen, I know the Cardinals have moved past the Cubs in the NL Central standings, but I still don’t think they stand much of a chance to contend this season … which is why I’m hoping Robert Murray is correct about their deadline plans:

The most likely scenario is that the Cardinals are calculated buyers, with any potential addition helping the club in 2021 and beyond. Of course, such moves come with a greater acquisition cost, which could prove complicated as president of baseball operations John Mozeliak has indicated to rival teams that he does not intend to trade any of his top prospects.

But the Cardinals will have to come out of the deadline with one, perhaps two, starting pitchers as their rotation has been decimated by injuries and poor performance. They are also expected to look for another bat to improve what has been one of the most inconsistent offenses in baseball through the first half of the season.

Obviously, they could make a move that makes them better in 2022 and beyond, which wouldn’t be great, but if they’re paying too much for the value they’ll get this season (value I think will be wasted) it could make them worse overall, which is good for the Cubs, who are not trying to compete this season anymore.

Reminder: We’re raising funds for Make-A-Wish with the Trade Deadline Blogathon this year!