Pirates Trading Adam Frazier to the Padres(?) For a Couple Quality Prospects Skip to content 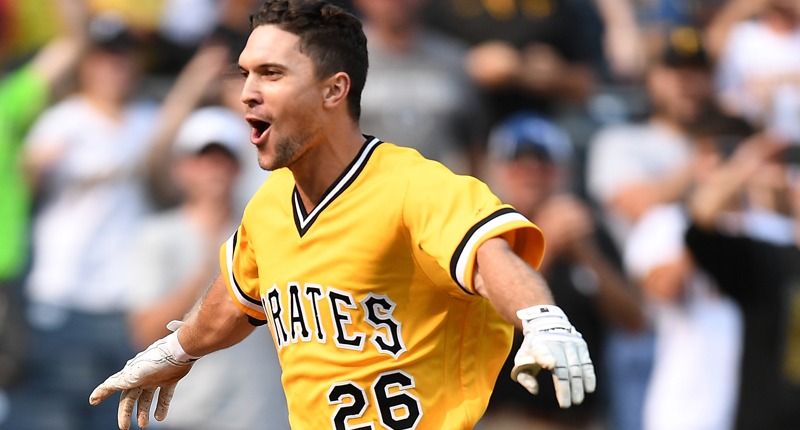 One of the most compelling positional trade targets is on the move, as Adam Frazier is finally out the door in Pittsburgh.

The All-Star second baseman is headed to the Padres:

Frazier, 29, leads baseball in hits this year and is not a free agent until after the 2022 season. One of the best bats on the trade market.

Tucupita Marcano and Jake Suwinski among players headed from Padres to Pirates for Adam Frazier if deal is completed, sources tell me and @Dennistlin. In medical review stage.

Source: RHP Michell Miliano is the third player going to Pittsburgh from Sam Diego with SS Tucupita Marcano and OF Jake Suwinski in exchange for UT Adam Frazier.

So much to unpack here. First of all, the Padres were absolutely NOT a team on my radar for Frazier, given the presence of a very full, very versatile positional group. A.J. Preller does not mess around with depth, I guess.

Second of all, and related, that means that one of the best infield bats just went off the board to a team that was not an OBVIOUS infield landing spot. So, for one example, Frazier not going to the Mets seems meaningful.

Third of all, the return is always interest to look at in deals like this. Frazier is not necessarily a lock to be a huge performer, but he’s great right now and has that extra year. So the return is pretty significant, with Marcano a top 5-10 guy in the Padres’ system, and Suwinski looking like a guy who is breaking out at Double-A. These are very good gets for the Pirates, which kinda sucks longer-term (but is a good sign for the market). Miliano looks more like a wild card relief prospect type.

Finally, the Padres keep on pushing in (they’ll probably add a starting pitcher from here), and you wonder if the Giants and/or Dodgers will feel slightly more compelled to equal the move in some way or another.