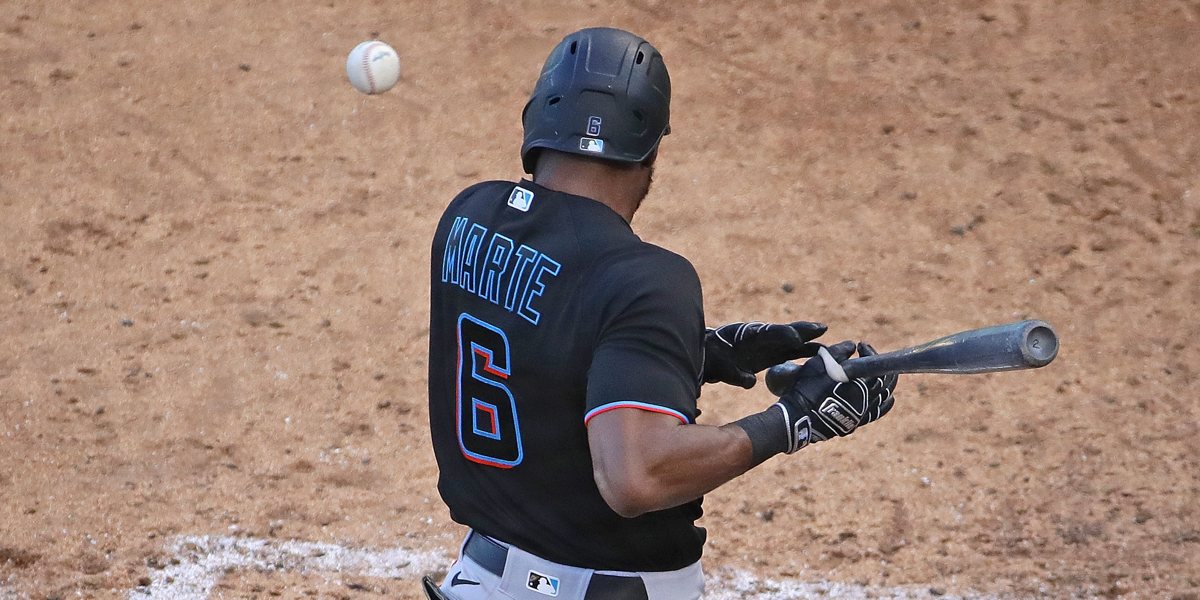 The Oakland A’s are back at it, today acquiring outfielder Starling Marte from the Miami Marlins in exchange for young lefty Jesus Luzardo, a former tip-top pitching prospect who has clearly taken a step back. But still. What a return for the Marlins. (The deal was originally reported by Craig Mish, Ken Rosenthal, and Jon Heyman.)

Marte, 32, is having a career year for the Marlins (.305/.405/.451, 140 wRC+, good defense), and represented perhaps the best pure outfield rental on the market this year. Even if he doesn’t quite sustain that level of performance going forward, he’s basically always been solidly above average in his career (yes, even after getting popped for PEDs). No reason to doubt he won’t continue that. So, in theory, he’ll make a huge impact on the A’s, who are pushing in with this move and the Andrew Chafin trade. (Help The Stache win one, Starling!)

While not a perfect parallel in terms of player type or projected value, the Marte market necessarily had some overlap with Kris Bryant – both impactful rentals who can play all over the outfield. There weren’t really any big Bryant-A’s rumors, so this takes competition off the market without removing a theoretical suitor. Like, what if the Giants had been big in on Marte, you know? Just sayin’.

As for the return, the money will be important to watch – Marte makes $12.5 million this year, and I’m wondering if the Marlins are eating some – but this is like the ultimate post-hype play. Luzardo is just 23, and he has been terrible this year, both in MLB and at Triple-A. But he comes with the highest of prospect pedigree, and has had big league success in the past. Unless he’s physically broken, this is a really good roll of the dice for the Marlins, easily equal to a very good prospect.

Insta-update: Sure enough, just as I press publish, word on the salary – the Marlins are partially buying Luzardo, and I hope the Cubs are paying attention:

Starling Marte is headed to the A’s, Jesus Luzardo is going to Marlins, sources tell ESPN. A 1-for-1 deal in which Miami will cover the entirety of Marte’s remaining contract — more than $4 million. Marte is a free agent this winter. Luzardo isn’t one until after the 2027 season.