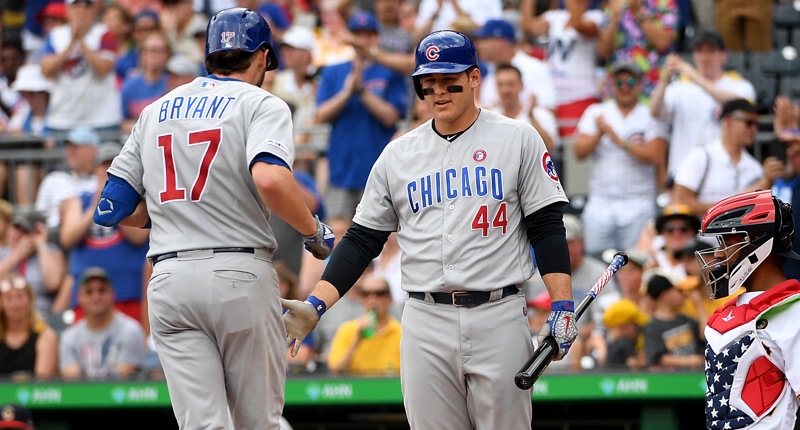 There’s a pretty simple explanation for why we are both of us feeling, in addition to any sadness or hope or whatever, like we just sat on a hundred batteries shocking our buttocks until we reached the ceiling. The explanation? We’ve never seen a Cubs Trade Deadline like this before.

Again, setting aside the referenced sadness or hope or whatever, this was just an unthinkably ACTIVE Trade Deadline for the Cubs. A lot of teams, really, but especially the Cubs.

You probably don’t remember, but about 10 days ago, I wrote up the question on what was a fair over-under on the volume of Cubs players traded during trade season. Ken Rosenthal had suggested five, and that generally squared with our conception of what the Cubs were doing during the rebuilding years. In 2012, it was four big league players traded away in those three trades. In 2013, it was six players in those five trades. In 2014, it was five players in those three trades.

I landed at over five players traded, but it wasn’t like I was thinking the Cubs would go WAY over. I mean, the six players traded in 2013 – that’s a TON for a rebuilding club to unload in a single trade season.

Well, folks, the 2021 Chicago Cubs just traded away NINE PLAYERS in a single trade season. And shockingly, it didn’t even include Zach Davies:

On a 26-man roster, that’s more than 33% of your entire roster getting traded away! Of course our heads are spinning! This is crazy! I have certainly never seen a trade season like this that I can recall, and I tend to hope we don’t see it again any time soon.

Unpacking all of this and evaluating the state of the organization and farm system, much less placing it within the context of planning for the offseason, is going to take a lot of time. For now, for at least this post, I just wanted to start the process of coming back down from the ceiling by at least naming how crazy this was.