When the Chicago Cubs announced the Spring Training schedule for *this* season last September, we were sure to caution how tentative it all was, given the trajectory of COVID-19. Unfortunately, a year later, we’ll have to do something similar as the Cubs release their tentative 2022 Spring Training calendar. Fortunately, I’m not anticipating a COVID-related delay this time around (though the delta variant is here and has already returned Chicago’s indoor mask mandate). Instead, I’m thinking about the CBA Negotiations and their impact on the start of Spring Training and the regular season.

Although there is plenty of optimism out there that a CBA will get done without affecting the regular season – in part because of the money both sides lost during the COVID-crunched 2020 season – I’m not sure that necessarily includes Spring Training. And even if we – collectively – are in a place to begin Spring Training on time, I suspect a lot of the offseason’s biggest transactions will remain incomplete at that point. Heck, it’s trended in that direction over the last 4-5 years even without a reason for front offices/free agents to wait back and see how things shake out. Though I suppose this is all largely besides the point. So let’s get back on track.

Per the announcement, the Cubs (and MLB) are planning to kick off Spring Training games in late February, which is basically normal timing and would mean things would have to get going with pitchers and catchers reporting a couple weeks before that.

Here’s the announcement from the Chicago Cubs, followed by the schedule, itself:

CHICAGO – Major League Baseball and the Chicago Cubs today announced their tentative 2022 Spring Training schedule, which begins on Saturday, February 26 at Sloan Park with the club’s home opener against the Los Angeles Dodgers and concludes against the Chicago White Sox at Sloan Park on Tuesday, March 29.

The club’s tentative 34-game schedule includes 18 games at Sloan Park and 16 Cactus League road games. Additional games may be added in the future.

The Cubs and White Sox play four times next spring – March 9, March 28 and March 29 in Mesa and March 18 in Glendale. The Cubs have a home game scheduled for St. Patrick’s Day, Thursday, March 17, when they host the Los Angeles Angels.

Individual game tickets for 2022 Chicago Cubs spring training games at Sloan Park are scheduled to go on sale, January 15, 2022. Fans may direct additional spring training questions via e-mail to [email protected] or via telephone at 1-800-THE-CUBS.

The Cubs 2022 Spring Training schedule is attached. Game times will be announced at a later date. 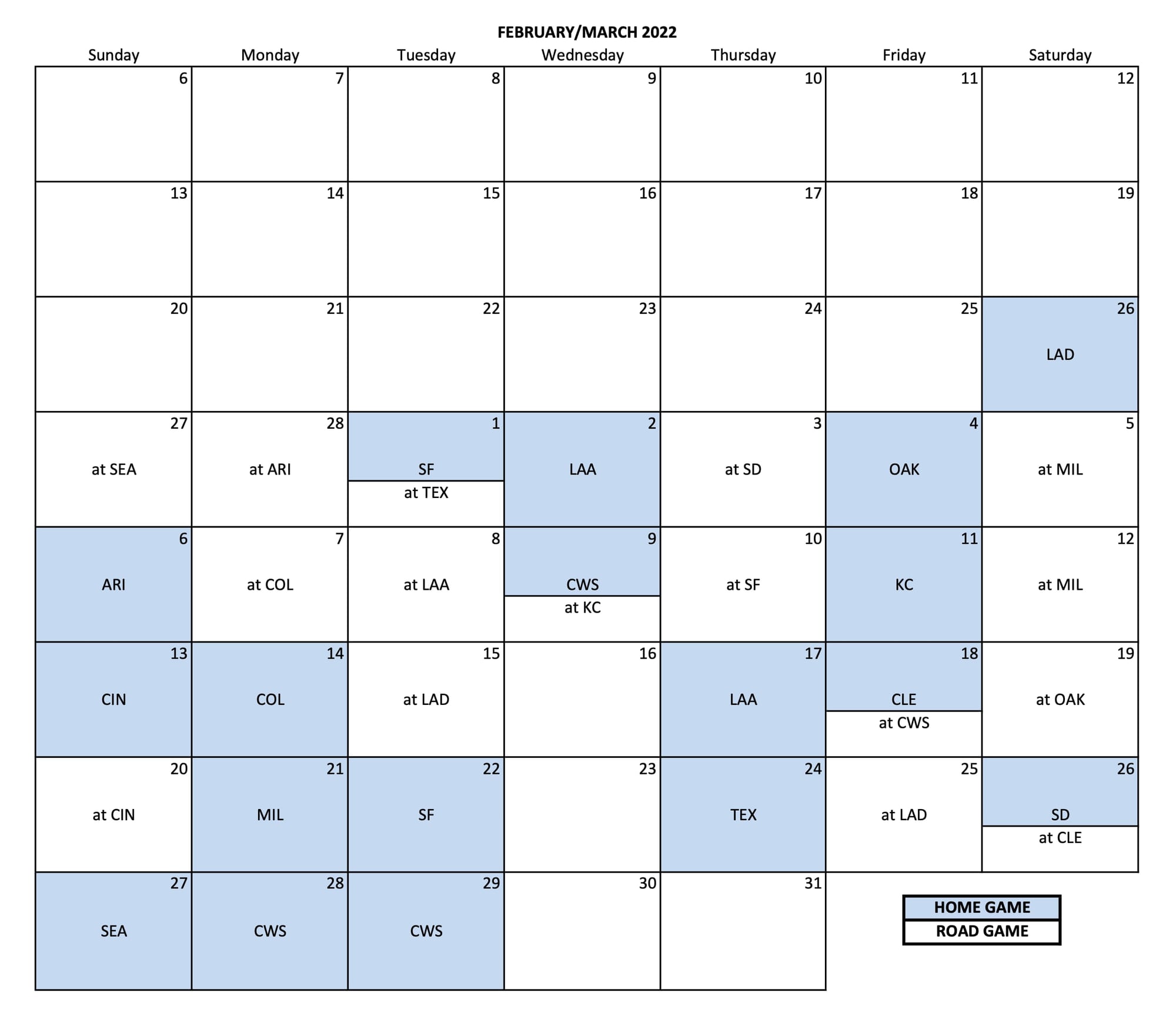 And in case you were looking for the 2022 regular season schedule, I’ve got you covered right here: