Since being traded to the New York Mets at the deadline on July 30, Javy Báez has hit just .171/.216/.343 (56 wRC+) over 10 games, and has spent the last week on the IL with a back issue. In what will be a crowded shortstop market in free agency, Báez was no doubt hoping a big pop after the trade could be a significant lift to his future price tag, particularly given an uneven first half and a very down stub year in 2020.

I am rooting for nothing but success from Báez the rest of the way. I hope Francisco Lindor returns soon, and then he and Báez can play together in the middle infield for a month or so and maybe into the postseason. I just think it would be nice.

That said, if Báez were to continue to struggle, and if he found his market sorely lacking this offseason, would the chances of a reunion with the Cubs go up? If the market price is not what Báez hoped, and if the offers are all on the lower end of expectations, might he be more willing to go back to the place where he’d had comfort and success before?

And wouldn’t the Cubs, for the right price tag, be happy to bring Báez back? They did try to extend him just before the pandemic, after all, and I always got the sense that they really would be fine locking him in as the starting shortstop for years to come – warts and all – if the price was right.

Patrick Mooney today considers that very topic, and seems to believe that, yes, a reunion is still possible:

The Cubs had to do something different and decided to start over. But bringing Javier Báez back to Wrigley Field might not be a far-fetched idea. https://t.co/FfraamA1aT

Hoyer was deeply involved in contract talks with Báez’s camp before spring training shut down in 2020 and the world changed. Perhaps there’s too much history there and the Cubs might want to build around a shortstop with a different offensive profile. Or both sides can understand that Báez is a unique player who values his comfort zone and work from there. Hoyer said the door is open for a return and the Cubs don’t know what they want to do yet.

Báez’s defense (20 errors) has slipped from the level that earned him a Gold Glove last year. He’s among the major-league leaders in strikeouts (145) this season. He also has 24 home runs, 68 RBIs and 13 stolen bases. He’s a World Series champ, a dynamic defender and one of the most marketable players in the game. He will turn 29 in December. No team trying to weigh all those factors will have better insight into the player than the Cubs.

Báez is a truly unique player, who provides value in a lot of ways that are extraordinarily uneven and inconsistent, but also maybe more than we can pick up quickly on a stat sheet. Depending on the length of the deal, and depending on how the Cubs decide to coordinate Nico Hoerner’s and Nick Madrigal’s defensive homes, I would of course be on board for a Báez reunion. I don’t know that we can say for sure that a Hoerner-Madrigal middle infield wouldn’t be a negative defensively, and that’s a concern, regardless of how much you might like the style of bat.

That said, there are reasonable concerns in marrying back up long-term with Báez, too. For me, nervousness would be less about the offensive profile – I think to some extent you can just accept that Báez is who he will be (a guy with a league average or slightly better bat, but who gets there in a really weird and sometimes frustrating way). Instead, my concern would be in wanting to know that what we’ve seen on defense this year is more of a fluke than a sign that he’s entering the decline phase on defense (which does happen for some quick-twitch defenders as soon as their late 20s). We’ve seen the dramatic uptick in errors this year, and every advanced defensive metric has him way down from where he was in 2019. In fact, UZR/150 and OAA have Báez a very slightly *negative* defender this year. It’s at least a concern, even for a 28-year-old.

Without elite defense, it becomes a lot harder to lean on Báez as a starting shortstop, especially if you were relocating Hoerner to do it (a guy who might wind up a better bat over the next few years, and who might be average defensively at shortstop). Oh, and also: you’re forgoing the rest of the shortstop market to go this route, so, whatever small chance you had in mind that the Cubs could go after a Corey Seager or a Carlos Correa or even a Marcus Semien, you would have to let that go (unless you were going to put one of them at third base and spend VERY aggressively on that side of the infield (which I think is very unlikely)).

To reiterate, the Cubs are clearly aiming to round out the offense with different types of hitters, so you could accept the offensive part of Báez’s game if all the other pieces made sense. But that position is predicated on the defense being elite at shortstop, so that’s where my questions would be/will be when it comes to this topic.

I’ll leave it there for now, since we’re still months away from the offseason, let alone from a time when the Cubs will actually be making these decisions. I fully expect the Cubs to be among the (majority) organizations that won’t do anything major until after the CBA is settled, and then I also expect that if a Cubs-Báez reunion is to take place, it’s going to happen only after he and his camp have a chance to meet with other clubs and feel out his market value. That’ll probably take a very long time given the other, arguably higher-priority shortstops on the market.

In the meantime, we’ll see when Báez comes off the IL, what his role is with the Mets, and how he plays the rest of the way.

MLB Let Albert Pujols Use an Illegal Bat for the Last 13 Years? What?

Cubs Prospect Notes From a Quick Trip to Arizona: Caissie, Mervis, Leigh, Martin, Horn, and a New Deal for Perlaza 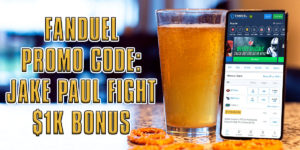 FanDuel Promo Code: How to Get the Jake Paul Fight $1K No-Sweat Bet 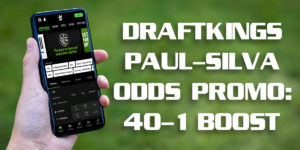