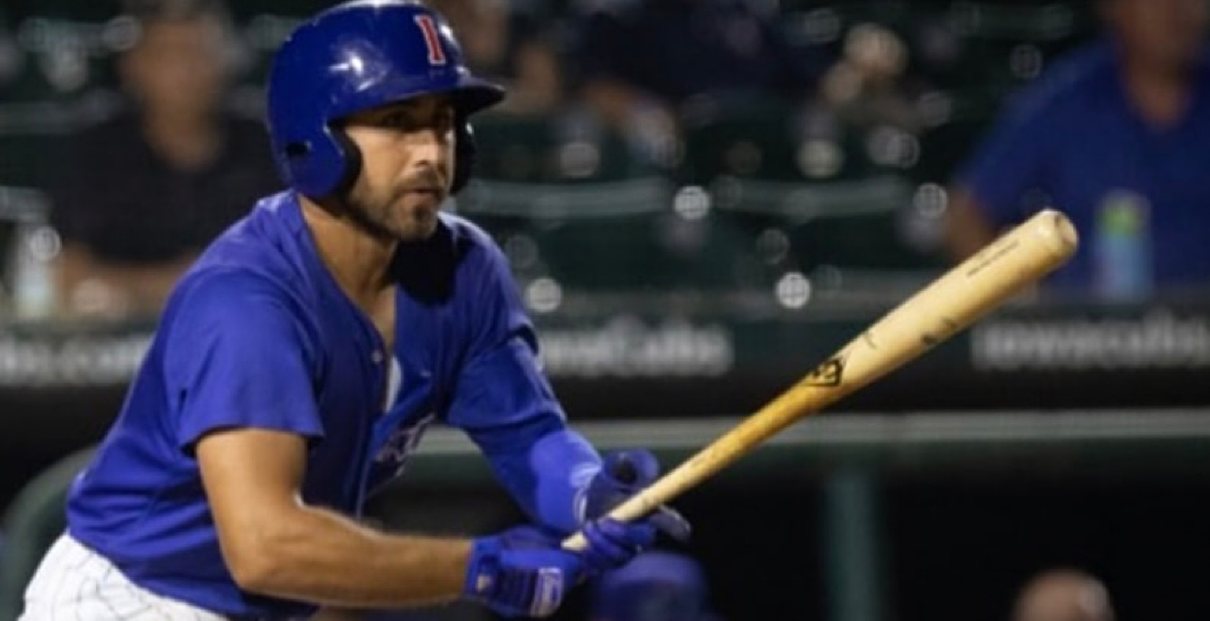 We know the Cubs are currently operating more as a series of experiments right now than a Major League Baseball team, trying to get enough data on two handfuls of players to determine their viability as future roster contributors.

But it’s worth pointing out that this type of exploration also happens in the minor leagues, every season, whether the team is in contention or not. Because after the World Series is finished, Major League organizations face two big deadlines related to applicable minor leaguers and the 40-man roster. The first is with prospective minor league free agents, who remain under organizational control if placed on the 40-man roster (or if you can get them to sign another minor league contract before hitting the open market). The second is the Rule 5 Draft, as teams can protect eligible draftees from selection by adding them to the 40-man roster.

As the Cubs move forward in this re-tooling process, it’s essential they don’t lose useful, controlled young talent at the margins. Here are some of the players that I think the Cubs better be watching really closely in these final weeks of the minor league season, who are either eligible for the Rule 5 Draft in December, or who are set to become minor league free agents …

Ethan Roberts, RP, Triple-A Iowa. Oftentimes the game in making Rule 5 decisions is handicapping the odds that another team might like a player. Roberts is so unique, his success so dependent on an advanced sabermetric principle (Vertical Approach Angle (super low release height, super high spin rates)), that I think he’s a guy you worry about a “smart” team poaching. Plus, the on-field success speaks for itself, with a 32-to-4 K/BB ratio and 1.80 ERA in his last 25 innings. He’d be such a lock for me in protecting from the Rule 5 that I’d be looking for when the time is right to September to get him a look in the Majors and get some data on how his stuff plays at the top.

Nelson Velazquez, OF, Double-A Tennessee. With one more series to go, your odds-on favorite for August Player of the Month is a guy getting his first taste at AA who was in a 7-for-49 slump in his 12 games prior to promotion. Go figure. This is the type of guy who just runs hot and cold, and right now he’s seeing beach balls up there, with a 1.151 OPS in 18 games since joining the Smokies. He’s continuing to pull the ball in the air with regularity and he’s continuing to destroy left-handed pitching: .350/.409/.750 in 66 plate appearances this season. The latter gives Velazquez a Major League floor to justify an addition to the 40-man, as he should offer some insurance as a soft-side platoon guy for even the 2022 campaign. He’s five weeks from earning the spot.

Alfonso Rivas and Jared Young, 1B, Triple-A Iowa. The interesting thing about these two is the effect that Frank Schwindel, Useful Big Leaguer, could have in the decision-making process. Had Rivas been healthy all year, offering first base insurance and posting a .400+ OBP in Triple-A, do the Cubs even claim Schwindel off waivers? And if Schwindel continues to play so well that he potentially becomes the de facto 2022 MLB first baseman, do the Cubs feel more empowered to gamble that neither Rivas or Young gets selected in the Rule 5 (and/or can’t stick on a big league roster thereafter)?

It’s worth noting that Rivas played the outfield three times during Iowa’s series in St. Paul last week – an abnormally high number for him – and the Cubs have even played with Jared Young at third base since his promotion. While I’d ultimately bet my money on Rivas getting protected and Young not, the last five weeks of data will matter here.

Cam Sanders, SP, Double-A Tennessee. When Sanders threw five hitless innings in his season debut, touching 99 mph, I declared him an if-healthy lock for Rule 5 protection this offseason. But the control swooned in June, and the home run has been a real issue, with 16 allowed now in 89.2 innings. If these things went on numbers alone, you probably don’t add him. But if you look at it from a bad team’s perspective, he’s kind of the perfect Rule 5 pick: a super loose arm who I can stash as a long man in my bullpen, test out if the velocity goes to like 97-100 in short relief, and have rather easy developmental hurdles (sharpened secondaries) to project a Major League starter in the future.

Riley Thompson and Jack Patterson and Yovanny Cruz, the 60-day Injured List. Selecting guys coming off lost seasons was a common practice in the Rule 5 about 10-15 years ago, but far less common in recent seasons. Patterson and Cruz both had Tommy John surgery this year, so opposing teams won’t be able to have total confidence in their return dates. A selecting team could plan on keeping them on the 60-day IL until they’re ready to debut, but it’s a relatively expensive bet ($100,000 drafting fee) on a guy you’d then have to plan to put right on your big league roster for 90+ days in order to keep him.

Thompson’s injury is by-definition less serious (he didn’t have surgery), but it’s the shoulder, and it’s hard to know if a team will want to gamble on that without full medicals. I had thought previously that perhaps Thompson was likely for the Arizona Fall League, but I wonder if the Cubs instead just limit him to their Instructs to keep information on him a little more in-house, creating less need to protect him from the Rule 5.

Danis Correa and Eduarniel Nunez, RP, High-A South Bend. If Manny Rodriguez’s surprise addition to the 40-man roster in 2019 taught me anything, it’s not to discount the role of raw stuff in a team’s Rule 5 decision-making process. And Correa and Nunez, they have raw stuff. I prefer Correa, who is 5-foot-11 and has shown two solid breaking balls this year to go with a fastball that’s been up to 100 (though it sounded down last outing – which would render his inclusion in this list moot).  Correa also has the video game numbers in his last 11 appearances, nine of which happened in Low-A: 19 IP, 7 H, 0.95 ERA, 6 BB, 34 K. Nunez is a bit less refined, with less control and a fringier breaking ball,  but might have more life on a fastball that has been at 97-99 for weeks now. These are the types you worry about another team discovering, so if Jed Hoyer and crew have a favorite, one’s protection wouldn’t completely shock me.

Yonathan Perlaza, OF, High-A South Bend. What was a nice season a month ago has turned into an official Breakout Season given the events of the last five weeks. During his last 24 games, Perlaza has 15 extra-base hits, batting .352/.418/.636 overall. The switch-hitter has looked better lately from the right side, and I think he’s showing enough to make the corner outfield look like a long-term home. Like Velazquez, Perlaza is succeeding by getting the ball in the air more, and is tapping into his present strength successfully. I wonder if there’s enough projection there to make him 40-man worthy, but I’d also send him to Double-A right now to get a better internal scouting report.

Brendon Little, LHRP, Triple-A Iowa and Brandon Hughes, LHRP, Double-A Tennessee. It’d be difficult to find two left-handed reliever prospects with more different paths to the same basic spot in the organization as these two: Little, the first rounder with a middling starter history, and Hughes, an outfield-convert whose succeeded at every level they’ve tested him at. Little was the one to first get the bump to Triple-A, I think in part because he’s been showing a slider recently that seems to have taken a real step forward. I suspect Hughes will join him soon, given that he’s given up one earned run in two months, and is striking out a third of the Double-A right–handed hitters he’s facing this year in addition to the left-handed ones. I think the next five weeks are particularly huge for these two; I think a 40-man spot can be won.

Dakota Chalmers, SP, Double-A Tennessee. This section would read similar to Cam Sanders’ as a starter with less results than the stuff would indicate. Chalmers has one of the best curveballs in the organization, and I could see him becoming a really good reliever down the road. But is that, alone, 40-man worthy? Probably not.

Bryan Hudson, RP, Double-A Tennessee. Little and Hughes have been a touch more dominant, but no one has been better as a left-handed specialist than Hudson, who is holding that side to a crazy .120/.200/.140 batting line. Problem is, that specialist is a role that doesn’t really exist anymore. If I’m the Cubs I would begin talks with Hudson’s camp about a better-than-usual successor contract (a minor league deal to return in 2022) right now.